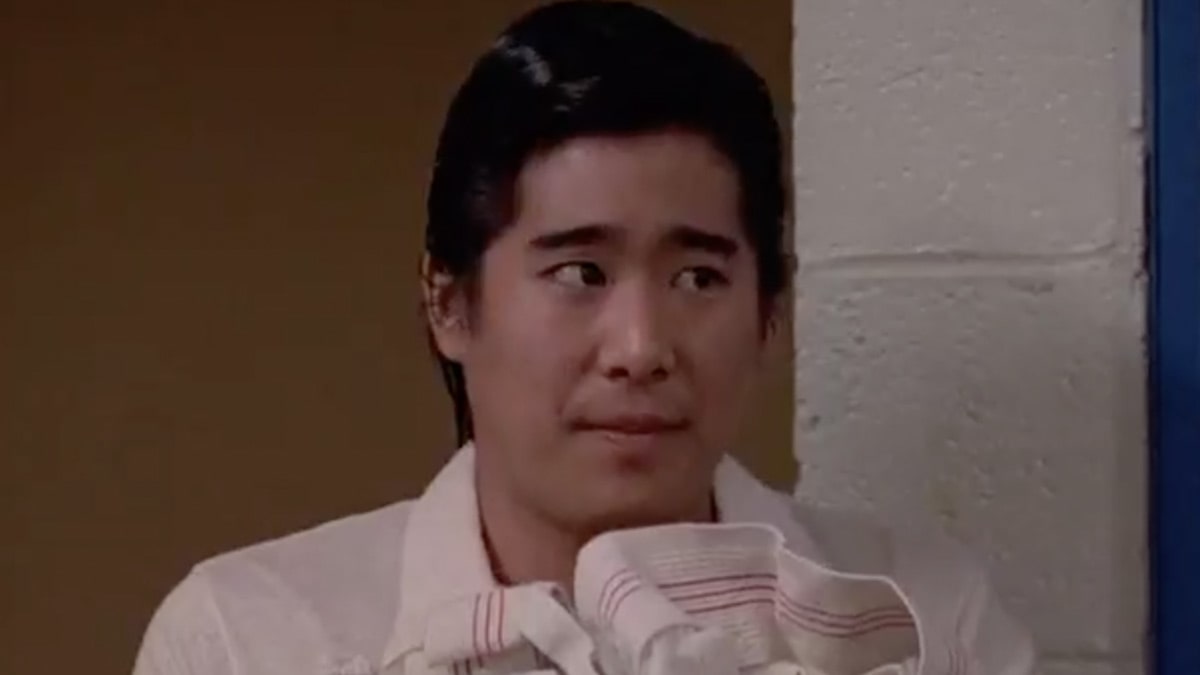 Los Angeles-native Brian Tochi was in his mid-20s when he took the role of the pie-loving Lambda Lambda Lambda member, Toshiro Takashi — who wins the tricycle race and mans the gong in the famous music scene — in the 1984 greek geek flick, “Revenge Of The Nerds.”

Brian Tochi was cast alongside a stellar group of spaz stars including Andrew Cassese as the child-genius Wormser, Larry B. Scott as the javelin throwing, Lamar Latrell, Robert Carradine as the leading lover, Lewis Skolnick and Curtis Armstrong as the wonder joint rolling, Booger.

Guess what he looks like now at 60 years old!

Priyanka Chopra is Not Pregnant, And Alcohol Proves It