Tallia Storm is well known for her sassy beats and revealing, eye-popping outfits on the red carpet.

Talking exclusively to Daily Star Online she revealed why you should be too glam to give a damn.

Little Mix are often slammed by critics for being too sexy for their young fans, though the brazen vixens hit back during an interview with Attitude magazine recently.

Continuing, she expressed: “As long as you feel good about yourself, that’s all that matters. It just annoys me. We’ll wear a leotard and they’re like (pulls a face).”

In the past month, we have seen Tallia look stunning in some equally sexy get-ups, with the 20-year-old rocking a daring braless blazer for the UK Premiere of Fantastic Beasts, a figure-hugging catsuit to SushiSamba, and channelling her inner Britney in red hot PVC for a mobile event.

As a young impressionable star in the industry, when asked she spoke out about her thoughts on the subject.

Confidently she expressed: “I quite like this topic, I feel like it is everywhere at the moment. I just feel the whole point of feminism is breaking down the barriers, not shoving us into boxes and doing whatever us females want.”

Inspiring others, she said: “If you want to go out in knee-high boots and you know like a short skirt, I will and also if I want to wear a suit and a tie, I will.”

Although she doesn’t see herself personally as a feminist, the World On A Slope singer feels it is great what the iconic feminists are doing and would like to use her status to “make a difference whether it is talking about the 8million tons of plastic water bottles that go into the ocean or raising money for certain types of charities.”

Proving the importance of being too glam to give a damn as her good friend Gemma Collins regular states, the blonde bombshell has released a new body positive collaboration with the GC.

BRAZEN: Tallia Storm has rocked up to many events in some jaw-dropping outfits (Pic: GETTY IMAGES)

INSPIRATION: Tallia said: “If you wanna be absolute nuts wearing barely nothing, do it” (Pic: TALLIA STORM/INSTAGRAM)

Writing and singing a new track called It’s The GC in a music video style promotion for GC X Boohoo campaign has made quite an impact.

Talking about the track, the Scottish-born lass revealed all: “I feel like this song celebrates women. It is all bout being proud of who you are, being happy, not putting a label on it.”

Explaining that the song is about the two sides of a person, Tallia said: “The empowered woman, where we can just put our foot down and say enough is enough, then there is the other side that actually is, if you are my friend, I am going to like you come aside.”

Inspired by Gemma’s confidence, Tallia said the song completely reflects the glamorous diva: “There are two sides to Gemma, there’s Gemma and the GC. The GC is eccentric, she’s wild and she doesn’t care what anybody thinks and there is Gemma who is lovely, sensitive, caring and kind.”

To find out more the track is out now on iTunes and Spotify or watch full the video on Twitter:@boohoo. 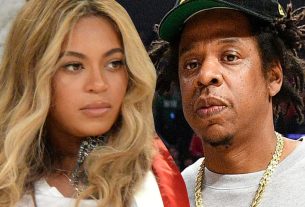 Beyonce Comes Out in Support of Beto O'Rourke on Election Day