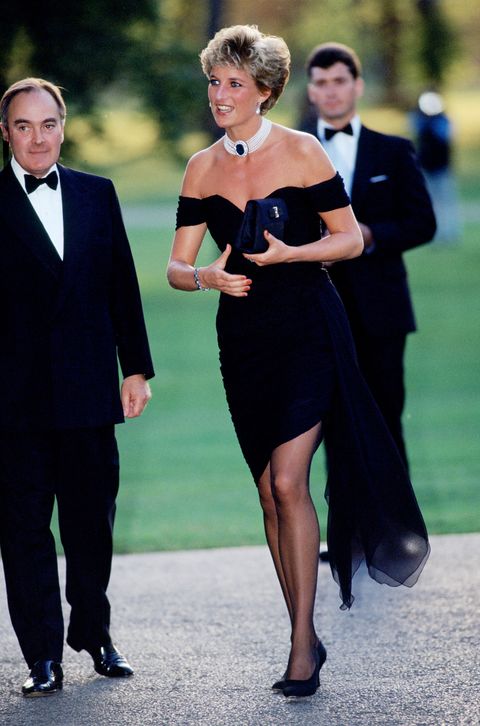 This week, Taylor Swift’s new album Red (Taylor’s Version) dropped, and the response has been pretty wildly enthusiastic. On Thursday, she appeared on Late Night with Seth Meyers, and her look really reminded people of someone. She was in a black David Koma minidress with long sleeves sliding off her shoulders, and a V cut at the décolletage.

It is extremely reminiscent of a dress Princess Diana work to the Serpentine Gallery in 1994, the same night that a documentary featuring Prince Charles admitting he’d been unfaithful to her was aired. The dress broke royal protocol by exposing her shoulders, and was later referred to as her “revenge dress.”

The “revenge dress” is pretty memorable, but it’s on people’s minds right now because on set photos from The Crown of actress Elizabeth Debicki wearing a recreation of the dress recently circulated.

Who is Swift getting revenge against, exactly? Her new album features a much longer version of “All Too Well,” said to be about her brief relationship with Jake Gyllenhaal over a decade ago. But People says that it is probably directed at manager Scooter Braun, who had been sitting on the rights to her catalog since June 2019. In November of 2020, Braun sold the rights to those albums for $300 million, though Swift had been trying to buy them from him.

In a statement, Swift said that Braun was basically taunting her and would not even name a price to her team. In a separate open letter to the manager, she wrote, “As a result, I cannot currently entertain being partners with you. It’s a shame to know that I will now be unable to help grow the future of these past works and it pains me very deeply to remain separated from the music I spent over a decade creating, but this is a sacrifice I will have to make to keep Scooter Braun out of my life.”

Red is the second album that Swift has re-recorded in order to reclaim her music. 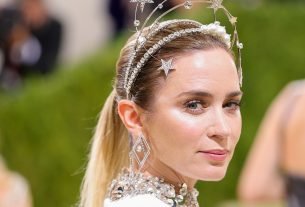