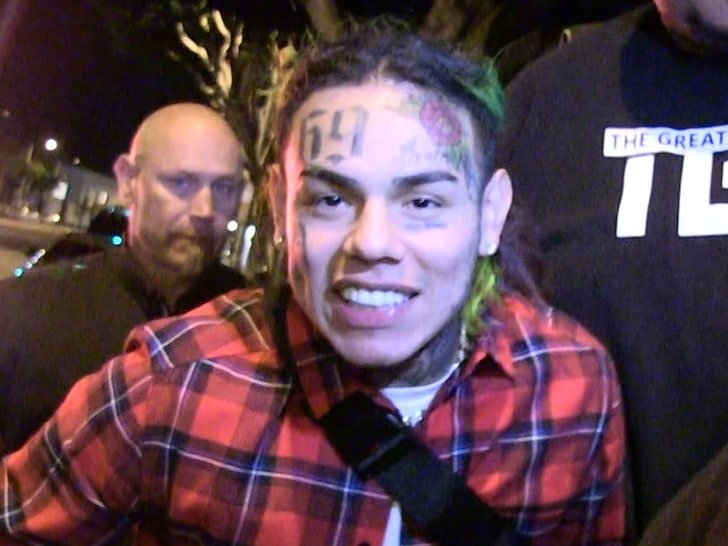 Tekashi 6ix9ine is wasting no time settling back into the life of a rap superstar following his early prison release … he’s spending tons of cash and getting offers for concerts.

Sources close to Tekashi69 tell TMZ … the rapper is throwing tons of money around on whips and bling, purchasing a fleet of luxury vehicles that includes a Ventadore, McLaren, Rolls-Royce, Mercedes Benz G-Wagon and a Range Rover!!!

Tekashi’s getting iced out too … we’re told he splurged on 4 timepieces, including a Richard Mille watch, and dropped another $ 300,000 on a chain shaped like a shark.

TMZ broke the story … a judge released 6ix9ine from prison early after his plea to get out to avoid contracting the novel coronavirus. Tekashi’s now under supervised release in-home incarceration.

Because 69’s on house arrest, our sources say he’s making the lavish purchases over the phone with the help of his trusted associates. 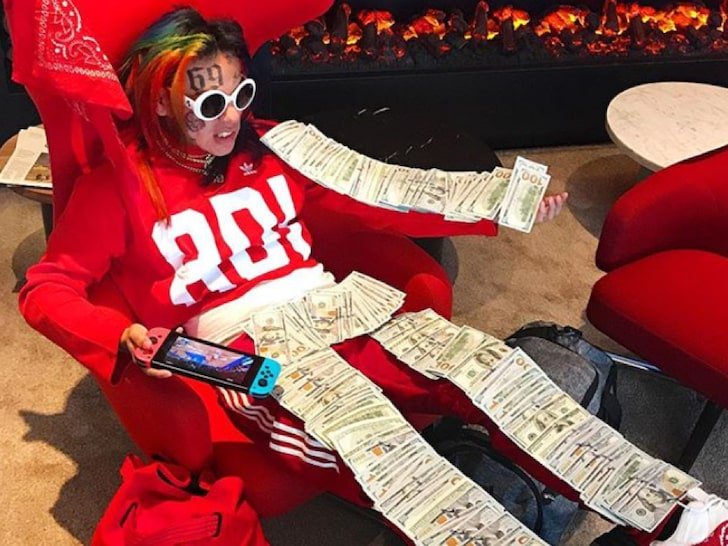 Tekashi’s still fielding offers for shows despite being labeled a snitch … we’re told venues in Saudi Arabia, Australia, Europe and South America are offering him $ 500,000 for shows in 2020 and 2021 — apparently, rats can make bank overseas.

Of course, 6ix9ine is still under house arrest for another 3 months, so he’s gonna have to wait a while to take the stage again … and the coronavirus pandemic is also throwing a wrench in his plans. Once Tekashi’s off house arrest, he’ll still need to get permission from his probation officer to travel for work, but the opportunities are out there.

Tekashi’s got a daily routine at home … when he’s not burning through cash, we’re told he’s spending time with his family and working on an album, which is expected to drop in the coming months.

And, if you’re wondering where all the money is coming from … remember, Tekashi scored a massive record deal in October and got millions in an advance.