Tekashi69 is already working on his defense after a gun turned up when federal agents raided his home … and he sounds confident there’s no way the feds can pin the firearm on him.

Tekashi’s defense attorney, Lance Lazzaro, tells TMZ … a gun charge would be a very difficult case to prove because the rapper doesn’t even own a piece.

We broke the story … Tekashi’s Brooklyn home was raided by federal agents﻿, assisted by the NYPD, last week and they discovered a gun. It’s not clear what prompted the search, or who owns the recovered items.

Tekashi wasn’t home when feds busted through the front door, and 6ix9ine claims he moved out weeks before the raid … so his defense thinks it’s gonna be hard to link anything to him.

We know Tekashi hasn’t been in NY much over the past few weeks … he was recording music in Colombia with Kanye West, and he had a show in Russia, where a fan got beat up by his crew.

We’re told there’s been several people in and out of the house recently, so the gun could belong to anyone.

Singer Sues Over Alleged Sexual Assault When She Was 14 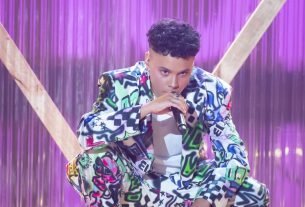