Carola Lovering’s 2018 novel Tell Me Lies is being adapted by Hulu into a series as part of Emma Roberts’ first look deal with the streaming service. Here’s what we know about the show so far.

The story covers eight years in the life of a young woman named Lucy Albright, who arrives on her college campus wanting to leave a traumatic relationship with her mother behind. There, she meets a young man named Stephen DeMarco. They start off with your average early romance, but then things “quickly fall into an addictive entanglement that will permanently alter not only their lives, but the lives of everyone around them.”

Grace Van Patten of Nine Perfect Strangers will be taking on the role of Lucy, playing opposite Mrs. Fletcher‘s Jackson White. Lucy is described as superficially appearing to be “a sheltered but well-adjusted girl from an affluent Long Island town” who is labeled as the “Ice Queen” by her peers. Really, she feels disconnected from them by childhood events that make it hard to connect. Stephen seems to be a classic bad boy archetype, with dangerous charm and the ability to read people—but he has a “dark side.”

Who’s behind the project?

In addition to Roberts, the book is being adapted by Meaghan Oppenheimer, who will also be serving as the showrunner and executive producer under the Belletrist TV production company established by Roberts. Other executive producers from Belletrist are Karah Preiss and Matt Matruski, but Laura Lewis and Stephanie Noonan of Rebelle Media, and Vice Studios’ Shannon Gibson and Sam Schlaifer from Refinery29 are also on board. Lovering will be consulting on the project.

When will it begin production?

There isn’t yet any info out on when production will begin, nor when we can expect to see the series premiere. 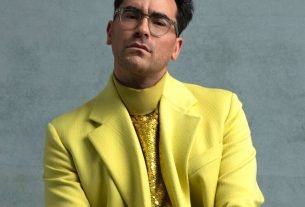