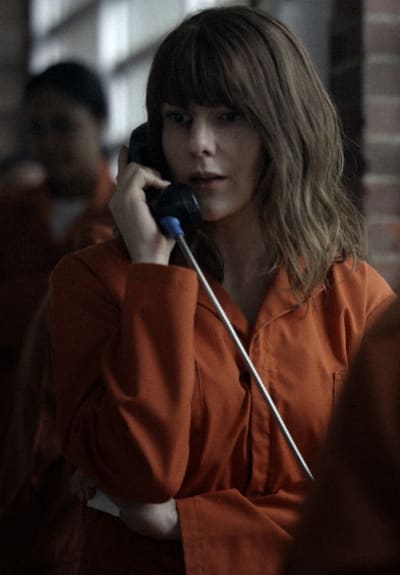 Now that the excitement of your week is over and some of your favorite shows are already on hiatus, we have a recommendation for you.

Tell Me Your Secrets dropped on Amazon Prime yesterday, and if you’re already missing the downright bonkers storyline from ABC’s Big Sky, this is the show for you.

Created and written by Harriet Warner, Tell me Your Secrets is billed as a psychological drama. And it’s true. Everything you think you know about the characters pivots frame by frame, tossing the narrative on its head. 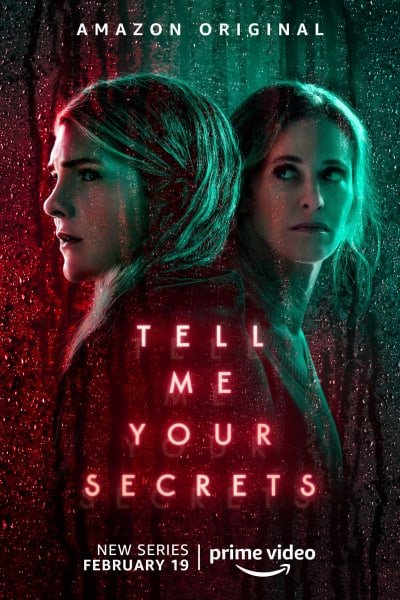 Lily Rabe stars as Emma, and when we first meet her, she’s being released from prison after a stint for supposedly helping her lover commit atrocious crimes.

Just as what you think you know about the characters of Tell Me Your Secrets is put through the wringer, so is Emma’s narrative with respect to John, a man she loved so deeply she was either willing to overlook his predatory, violent behavior or she took part in it as a willing accomplice.

Amy Brenneman stars as Mary Barlow, a woman whose life was upended when her daughter went missing. She’s spent every day in the wake of Stella’s disappearance trying to make sense of what happened and hoping to find her daughter alive.

Once out of prison, Emma is whisked away, presumably for her safety, by Pete Guillory (Enrique Murciano). Pete takes her to Louisiana’s farthest location that he can find, making Emma as much of a prisoner after her release from prison as she was inside.

With directives not to make friends, keep to herself, stay far, far away from young girls, and try to keep her head above water, all that’s left for Emma to do is go stir crazy, picking over the remnants of her life before and during prison.

It’s only a matter of time before Mary and Emma find themselves on a collision course, and a good portion of Tell Me Your Secrets exposes each of them by the secrets they carry and truths they withhold. 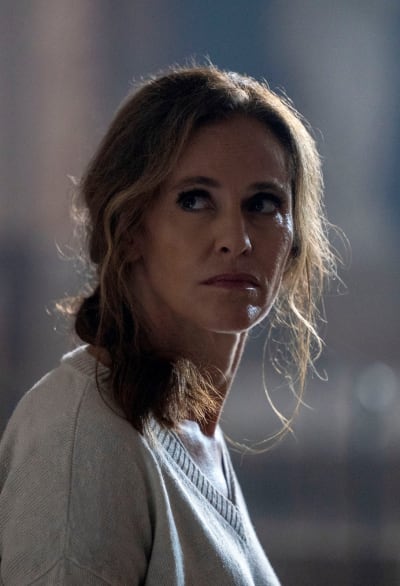 It was easy for me to tear apart the series in my mind while I watched because it’s not the kind of show I normally find myself watching.

My preference is a character-driven drama, and although the psychological elements would indicate that’s what we’re in for with Tell Me Your Secrets, it is more plot-driven, with twists and turns that you see coming at the same time your mind fights against the reveals.

But with the sudden and complete success of the aforementioned Big Sky on ABC, I’ve realized that there is a market for this type of show, and viewers can be quite ravenous for it, gorging on the unexpected direction and devouring over-the-top performances actors commit to with relish.

Rabe and Brenneman are both deliciously obtuse with Emma and Mary’s characterization, preferring to keep as much as they can with their portrayals close to the vest. At times, you wonder if even they know in which direction their characters will take them next. 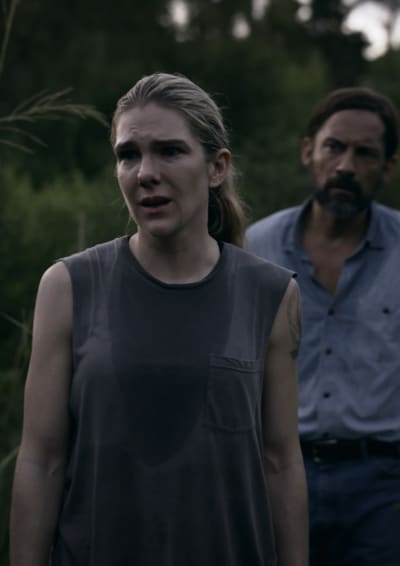 Rabe comes alive when Emma is ambling the dirt streets of her Louisana refuge, tamping down her urge to go off the grid and get the fresh start viewers aren’t sure she deserves.

Rabe has a lot of time to herself on screen, and although she works well with Murciano and others, I’d prefer not to mention, so the story remains fresh.

Brenneman is, as always, a powerhouse.

She shares significant screen time with Elliott Fletcher as her son, Jake, and goes toe-to-toe with Charles Easton as her husband, Saul, who wants desperately to put the past behind them, mend their broken marriage, and start fresh, accepting that Theresa is gone forever. 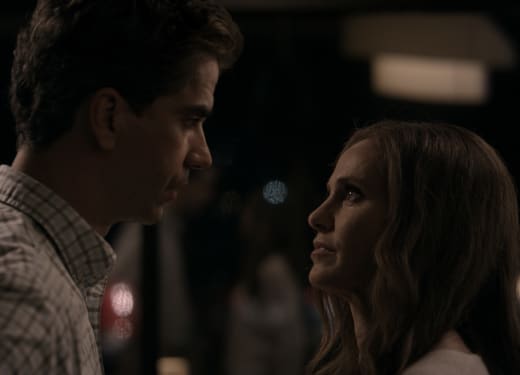 Mary cannot and will not do that, though, which leaves Saul brokenhearted, and Jake stuck in the middle of his parents’ rift, straddling the fence between past and present.

Hamish Linklater, who I’ve known mostly for his comedic role in The New Tales of Old Christine, takes on the role of a former serial predator forever doing penance for his crimes.

He comes into Mary’s orbit hoping for a fresh start, but nothing about Mary screams forgiveness, and the two wind up in a macabre dance as she pokes and prods the convicted assailant for insight into why Theresa could have wound up a victim and whether she stood a chance to survive against another aggressor with similar instincts.

Brenneman and Linklater give Nicolas Cage-style performances, taking lackluster material to the next level. Whether the story does them justice or not, they’re all in and having a hell of a good time. 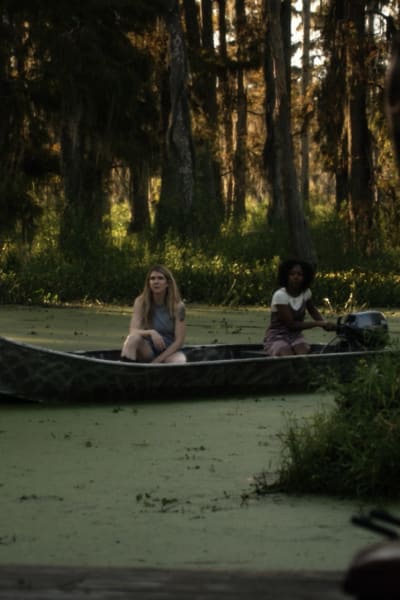 Tell Me All Your Secrets isn’t good, but it is satisfying. By the time it’s all over, the head-scratcher of a script begins to make sense, and surprisingly, there is a significant story left to tell.

Whether it will get the opportunity to move beyond what has already been told remains to be seen, but Tell Me Your Secrets won’t be easily forgotten, and that’s a feat in itself.

You can watch Tell Me Your Secrets on Amazon Prime.

Why Netflix’s Tiger King Is Worth a Binge: Here’s the Wild True Story