Terrence Howard had a complete meltdown on the set of “Empire” after Jussie Smollett was arrested for allegedly staging his “attack.”

Sources on the “Empire” set tell TMZ … Thursday was a complete disaster on set after Jussie turned himself into Chicago Police. Terrence was so upset he refused to come out of his trailer for most of the day.

A source close to Terrence tell us … the actor didn’t believe Jussie’s account from the get-go, he felt the story never added up. We’re told Terrence grilled Jussie periodically as holes began to emerge.

Tensions between Terrence and Jussie boiled over after the 2 Nigerian brothers who allegedly helped Jussie stage the attack, Abel and Ola Osundario, were detained by police … we’re told Terrence confronted Jussie once again, screaming at him to come clean.

Further illustrating his disdain for Jussie … we’re told Terrence was nowhere to be found Thursday night when Jussie addressed the cast and crew.

Terrence was not alone in his feelings … we’re told many others on the cast and crew felt Jussie was lying and ultimately that’s why producers decided to remove Jussie from the set for the final 2 episodes … it was just too disruptive.

Interestingly enough, Terrence posted a video Saturday that was seemingly in support of Jussie. The clip shows Jussie playing with Terrence’s son … and a caption that read, “All your lil homies got you… We love the hell outta you.”

Nevertheless, it doesn’t take away from what we know happened on Thursday. 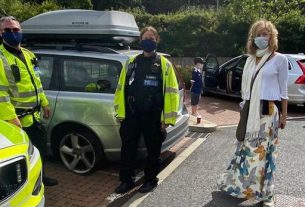