Terry Crews is finally accepting the apology he got from Adam Venit now that the WME agent has officially retired.

Terry just posted a letter he received in March and, in it, Venit asks for forgiveness for the sexual assault Terry says went down at a Hollywood party. Venit does not directly fess up to Terry’s allegation, but says … “I know that you didn’t ask for any of this … I take responsibility for us being here now, together in this situation. I am sorry for all of it.”

Venit says … “I even hope that someday we can come together and go forward with compassion and understanding and be an amazing force for positivity and change in our culture.”

We broke the story … Terry filed a police report against Venit for sexual assault last November. The criminal case was rejected due to the statute of limitations — but Terry filed a civil lawsuit which just settled. Venit retired when they reached the deal.

In the caption to his post, Terry says the apology is “Accepted WITH HIS RESIGNATION.” 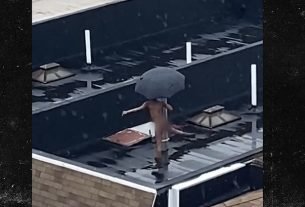