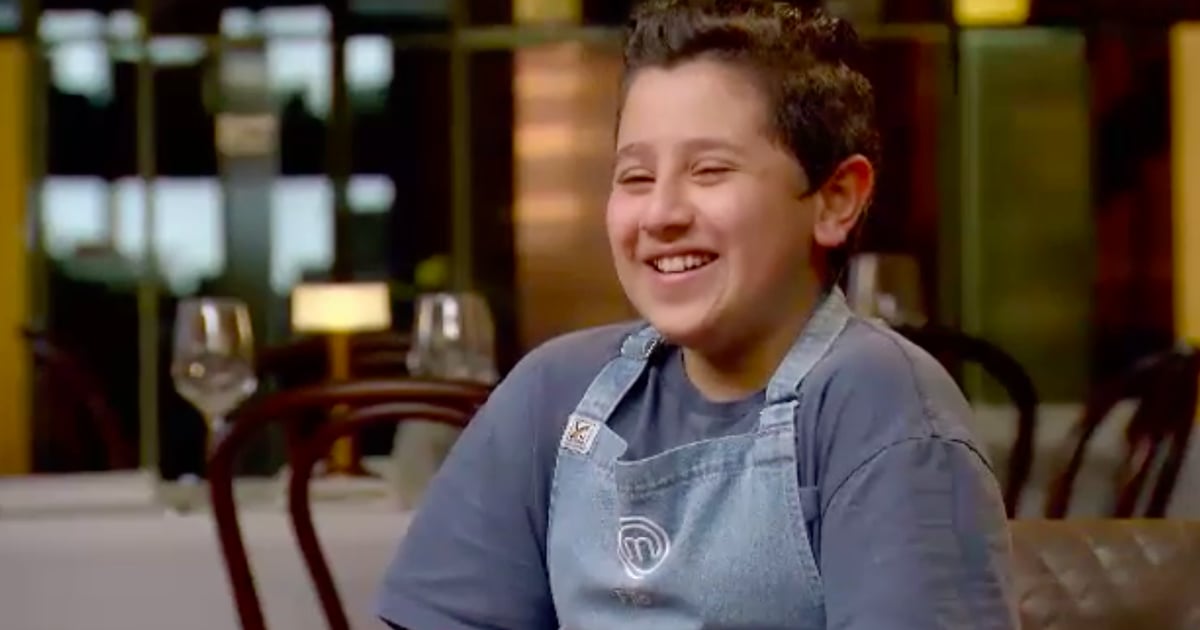 Junior MasterChef fans love the cheeky, food-loving Filo, who is going from strength-to-strength in the competition — all while gushing about how excited he is to be in the MasterChef kitchen!

Last night with his Mirror Glazed Carrot Mousse for the veggie dessert challenge, 12-year-old Filo secured his spot in the Semi-Finals — and further cemented his place in viewers’ hearts. Who but Filo would take the mirror glaze he learned from Darren Purchese in the Snow Pressure Test and immediately apply it to his own dish? We saw him make a perfect Lobster Mornay in the very first episode!

“I think of cooking as studying but having fun,” Filo explained during the cook. “You’re making a science experiment but with cooking.”

During tasting, judge Jock Zonfrillo marvelled at Filo’s dessert. “I’m so proud of him — he’s proving to us that he can do something super refined at the same time as he can do his prawns or he can do his lobster, which are more rustic and all about flavour.”

Throughout the season, Filo’s never been ashamed about his love of food, whether stashing chocolate on his bench during a cook, nicking an extra handful of olives and Turkish Delight during a taste test, or making a Salted Caramel Apple Pie and declaring, “I love pies, I love eating pies, I love everything about pies!

But he’s not just a budding foodie, he’s also deeply in touch with his Egyptian culture, making an Egyptian Prawns Feast early in the competition that impressed the judges. And, in true Filo style, he cooked a spare prawn for himself . . .

He’s also demonstrated that he’s capable of real focused cooking, like with his Snow. But sometimes he’s a bit more haphazard — take his difficulty keeping up with the taco cook-along with Andy Allen or the fact his bench was literally on fire during Monday’s potato Mystery Box.

And the best thing of all about Filo is the way he supports his fellow contestants (“Bro, you’re doing amazing!”), developing a camaraderie with other mini chefs like Carter and Dev that makes us all want to see them team up and produce a super wholesome cooking show. (Please bring Ben too!)

Here’s how fans watching at home have cheered on their favourite Filo: 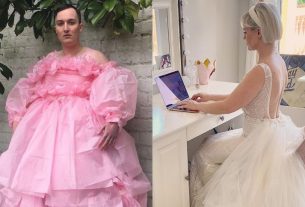 5 Fashion-Related Social Media Challenges That Stemmed Out Of Quarantine

Felicity Huffman’s Prison Life Will Include Tanning and Bed Making