Whether you’ve sworn fealty to ‘the Crown’, won’t sweat a bead without your Garmin, or just aren’t that fussed about 24/7 notifications, 2022 is trying its absolute damnedest to convert the smartwatch holdouts into true believers. There’s the gargantuan and delightfully rugged-looking Apple Watch Ultra to consider. Google is finally getting its skin in the game with the all-new Pixel Watch, the TAG Heuer Connected has hooked up with Porsche, and Samsung has staked its claim for fitness masochists everywhere with the Galaxy Watch 5 Pro. Oh, and there’s another Fitbit. There’s always another Fitbit, but still!

Alas, none of this newfound purchasing choice matters because the correct one is still the Apple Watch Series 8. Now as plot twists go, this is somewhat akin to Only Murders in the Building proclaiming the real killer was the friends that Selena Gomez made along the way or declaring that a Game of Thrones wedding might not end happily ever after. Still, what the standard Apple Watch lacks in dramatic suspense or any sense of jeopardy at all, it makes up for in being reliably good and joyously customizable. Even in its most iterative form yet, the watch is still a winner.

Matters of life, death, and inflation

If we’re all being honest here, then the Apple Watch Series 8 is more of an Apple Watch 7.5. It has the same chipset as last year’s model, the same 41 and 45mm sizings, the same recycled aluminum case, the same bright and colorful screen tech and… we’ve probably labored the point for long enough now. How much should you care about any of these similarities? Not that much. Especially since you can’t buy an Apple Series 7 anymore and no one of sound mind should be upgrading to a new smartwatch every year.

Any major annoyance will stem from the fact that the Series 8 starts at $399, which is $50 more than last year’s models. We’ve seen similar moves across the tech industry of late, including with Sony’s PlayStation 5, so this is less of an Apple cash grab and more standard cost of living/global chip shortage fare—an upgraded Apple Watch SE that covers all the fundamentals is also available for $249. However you feel about the Series 8’s slow-motion evolution, what it does illustrate is both how accomplished the Apple Watch already was and how unfazed it feels about its would-be rivals.

Far and away the most notable new feature that Watch Series 8 benefits from is a skin temperature sensor that’s accurate to 0.1 degrees Celsius. Although changes in your temperature can augur illnesses such as the flu and Covid-19, that’s not what this tech is used for. Instead, it will predict whether you’ve been ovulating—assuming that’s your biological bag—so that couples looking to conceive a child can check whether their recent intercourse was well-timed or otherwise. As with the latest iPhone 14 and iPhone 14 Pro models, there’s also automatic car crash detection that’ll recognize when you’ve been in a severe collision and call emergency services if needs be. How? It’s all down to the use of a new high-g accelerometer and improved gyroscope, plus the Watch’s existing barometer, microphone, and GPS capabilities.

Since the Watch is taking its guardian angel duties extremely seriously this year, this is a good moment to remember that all your sensitive personal data remains private, encrypted, and inaccessible by default, meaning it’s neither shared with Apple nor advertisers. (Something that’s especially important in a turbulent moment for abortion rights.)

As technically impressive as this stuff is, you’re either not going to use it too often or (hopefully) not at all. So it’s worth highlighting something that’s both new and a low-key revelation: the Compass app and its Backtrack feature. If you’ve ever been out in the great outdoors and gotten over ambitious with your exploration then you’ll be more than familiar with the sinking feeling and gradual sense of panic that follows.

Thankfully, Backtrack is a damn good answer to the age-old question of, “Where the hell am I?” Just tap into its icon and you’ll be presented with directions to head back to exactly where you came from. This feature is turned on automatically when you’re in a place with low or patchy data connectivity, but you can turn it on manually in more urban settings when you want to relive the plot of Babe 2 or cosplay as half the cast of any given Pixar movie.

If you want an illustration of why the Apple Watch still absolutely dominates the smartwatch market like peak Brady-Belichick era New England Patriots then Backtrack is a handy illustration. Samsung’s recent Galaxy Watch 5 Pro (AKA its most premium model) has a very similar feature but you always have to turn it on yourself. Given how infrequently people plan on succumbing to an existential crisis in the middle of nowhere, it is infinitely less useful.

In good news for longtime Apple Watch owners, Backtrack and the refreshed Compass app are available to anyone who can download and install the new watchOS 9 platform – so if you’ve bought a new Watch since 2020 you’ll likely be able to get in on the action. A similar mindset applies to a low-power battery mode that’s available to owners of 2018’s Series 4 and onwards, and can extend your smartwatch’s stamina up to 36 hours without compromising on core features such as activity tracking and fall detection. Anyone who has woken up in a daze to an Apple Watch that’s on its deathbed will immediately see the appeal here.

Bands on the run

While the Apple Watch Series 8 would be a more compelling proposition if these software features were exclusive, they’re also far more beneficial as a free upgrade to a considerably broader audience—especially since most folks tend to hold onto their smartwatch for longer than they do an iPhone. That said, it’s not too hard to make the case that the Series 8 has deliberately stepped away from the spotlight to make room for the all-new 49mm charms of the Apple Watch Ultra and its suite of features that are focused on truly religious exercisers. The kind of people to whom ‘runner’ is their defining personality trait.

In terms of the Series 8, that means previous luxe iterations of the Apple Watch have been scaled back. There’s still a Hermès model with all models being available in aluminum  or stainless steel, but a titanium case is now limited to the Watch Ultra. Given the multiple color and Apple Watch band options that you can mix and match from, it’s hard to be too devastated about this turn of events. Especially since you can pair the new Apple Watch Ultra bands with a 45mm Series 8— we’re an especially big fan of the yellow Ocean Band and its elastic, tubular design. Whether you’re Ryan Reynolds, Adrien Brody, or Idris Elba, the Apple Watch’s menswear credentials are well-established by now.

Most crucially of all, the Apple Watch Series 8 inherits all the smarts and software trickery that has allowed it to coast for a year. That means support for all manner of workouts from yoga to open water swimming and classes via the Apple Fitness+ service, an unparalleled wealth of compatible apps, watch faces and data-rich complications, and all the instant connectivity with iPhone and your AirPods that you’d expect. Even having worn an Apple Watch for some time now, we’ll often rediscover a handy feature that makes life that little bit easier. Most recently, the GMT watch face made coordinating an Apple launch event from across the Atlantic that little bit more manageable.

As for how long you’ll have to wait for a proper Watch redesign? If you’re going off recent precedent, a la the MacBook Pro, Apple tends to roll out major design changes with its most premium products before scaling them down to the mass market models. We wouldn’t be at all surprised to see a Watch Series 9 with a crown guard, second ‘Action Button’ and possibly more come 2023.

As much as there’s no point in pretending that the Apple Watch Series 8 is a revelatory device, it is also great at what it does. Despite the arrival of a newfound spate of smartwatch rivals, it is generally capable of a lot more than the alternatives. More than anything else, that’s the reason why we won’t ding the Series 8 too hard for having a slow year. In car crash detection and fertility tracking, it has two innovative and niche features that could make a major difference to the lives of its users, while Backtrack routing and a refined low power mode also rank as worthy additions to an accomplished ecosystem. All of which goes to say that the Apple Watch is that little bit better than ever before. To those still on the fence: what are you waiting for?

The Apple Watch Series 8 is available from $399 at apple.com.

This story was originally published on British GQ with the headline, “The Apple Watch Series 8 Will Help You Cheat Death (seriously)”. 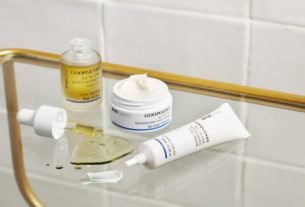 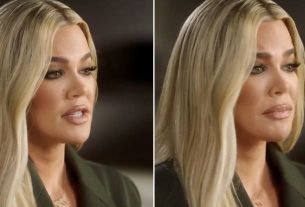