There’s something funny about a watch fair coinciding with fashion month. The procession of fashion weeks always puts the pressure on: what are the trends? Which pieces should I dog ear for later? How will this inform the way I’m dressing—and shopping—in just a few short months? New watches, on the other hand, arrive with much less burden, as was the case at LVMH Watch Week, the fashion conglomerate’s fair for new watches. Trends move glacially in the watch world, and aren’t meant for everyone all at once: there’s something soothing about knowing I’ll never own a neon-yellow Hublot made out of a translucent material similar to sapphire called Saxem.

In that way, I love new watch release season, which only comes a couple of times a year. It’s easy to gorge on all of the newness at once, and then spend the rest of the year digesting. 2023’s already given us a ton to look at, but here are a few more: my favorite pieces I saw at the event.

I don’t know what they were putting in the coffee at watch manufacturers in 1969, but it was a huge year for the industry. NASA put a man (and the Omega Speedmaster) on the moon, while Zenith introduced the world’s first automatic chronograph. Zenith’s watchmakers were particularly busy that year: they also released the Defy, which is being faithfully resurrected 54 years later. The new version of the Defy pushes all the right vintage buttons: the awesome, stacked-up “pyramid” hour markers and that unlike-anything-else bracelet with small openings between the links. The bracelet, in my opinion, might be the star feature. Itsdesign, known as “the ladder,” was created by legendary bracelet makers Gay Frères, the go-to for the Swiss watch industry’s top players before Rolex absorbed it in 1998. Zenith, luckily, held onto the exclusive rights to this design and are bringing it back as part of the new-old Defy. And then, after all those nice vintage touches, the watch wallops you over the head with that brash ruby red dial. Maybe my favorite piece from the whole fair.

From those I talked to, there were two overwhelming favorites from LVMH watch week: the Saxem Hublot Big Bang and, alllll the way on the opposite end of the spectrum, this panda-dial Carrera. Not every day calls for an electric Hublot; some days, you might want an admirably simple Carrera. The watch is complete fan service. This particular reference—the 2447 SN (funnily enough, ‘S’ stands for silver and ‘N’ for noir)—is beloved in the collector’s community. So, instead of trying to update the piece for 2023, Tag Heuer put out what is essentially an exact replica of the original watch from 1963. With this watch, there’s no need to update it for 2023—it was ready 60 years ago.

Out: sapphire. In: SAXEM! The watchmakers at Hublot had their hearts set on this neon-yellow shade—as electrifying and heart-pumping as Mountain Dew—but discovered it couldn’t be done in sapphire, a material the brand has mastered. Luckily, it was able to develop its own molecularly similar material, called Saxem, that was able to get the job done. The result is a watch that I find to be completely hater-proof. It may be ridiculous, outrageous, extravagant, but it’s not shy about any of those qualities. Most importantly: this watch is fun as hell, and the industry could certainly use a little more neon-yellow-shaded joy.

Over the last couple of years, ever since Frederic Arnault took over as CEO of the watchmaker, Tag Heuer’s demonstrated that it really knows how to pace out its releases. At each event, there’s always a nice tasteful take on the Carrera, or a new Formula 1, or maybe an interesting Monaco, and then—bang!—the brand hits us with the Carrera Plasma with lab-grown diamonds. The brand rope-a-doped me again this week using that same formula. The above Carrera is classic, but the brand’s Monza uses up every detail to do something a little funky. The case? Carbon fiber and cushion shaped. The dial? skeletonized. The hour markers and second hand? In standout blue. Who needs restraint when you have the Monza?

Forget what I said about sapphire being out. Last year, Hublot put out a version of the Big Bang in this Jolly Rancher-esque hue and now it’s getting brought over to the barrel-shaped Spirit of Big Bang. The purple sapphire is expanding its reach thanks to its predecessor’s huge success, the folks at Hublot told me. What I appreciate about this watch is that no one else is making anything else even remotely similar—and while that might signal risk, collectors are clearly coming back to the sapphire-stocked well.

Bulgari completely rebuilt the interior of the Serpenti to make it strong and pliable enough to stand up to gem-setting. Well, thank goodness. Now, one of the industry’s coolest and most unique watches has a completely new area to play with. While this new Serpenti uses the innovation to create a trail of diamonds, this opens up a whole new world of possibility for the Serpenti. Bulgari certainly isn’t afraid of colorful diamonds, so things could get really fun really quickly. 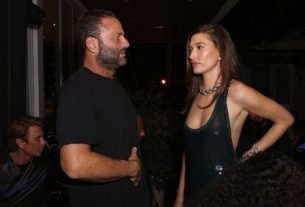 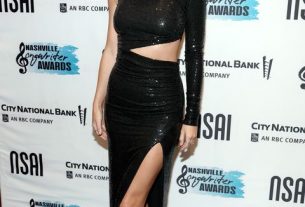