The Hollywood actor declared: “The bike will retire me, I won’t retire the bike.”

He spoke out after his pal George Clooney was rushed to hospital in Italy when his scooter collided with a car.

Clooney was thrown 20ft in the air before landing on the windscreen and being tossed to the ground.

“The bike will retire me, I won’t retire the bike.”

Now adrenaline junkie Cruise claims the news about Clooney’s accident has not put him off getting on his own bike and going for spins.

When asked if this put him off riding, he quipped: “Never, no never.”

Cruise is no stranger to danger as he loves doing his own stunts in his movies.

While shooting his latest flick Mission: Impossible – Fallout in London he broke his ankle while trying to jump from one roof-top to another.

He crashed into the wall and ended up needing intense rehab which put filming back by nine weeks.

Meanwhile, the grandfather who crashed into Clooney in Sardinia claimed he did not see the Hollywood heartthrob as the sun was in his eyes.

Plumber Antonello Viglino admitted: “I was worried he had hurt himself really badly.”

Meanwhile Clooney’s spokesman said: “George is recovering at his home and will be fine.” 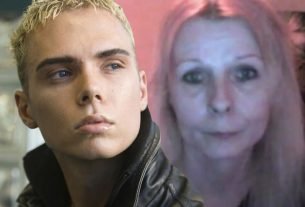