Gigi Hadid and Leonardo DiCaprio are reportedly dating and it’s gone beyond casual hang outs. Both Hadid and DiCaprio have been in long-term relationships over the past few years with relatively recent breakups. The 27-year-old model split with Zayn Malik in October of 2021 after five years together. The former couple share a daughter together, two-year-old Khai.

DiCaprio split from his girlfriend Camila Marrone earlier this summer after four years. The 47-year-old actor and Hadid have known one another for a long time, but this seems to be the moment when their potential for romance has come to fruition. Here’s the timeline of their relationship so far.

September 10, 2022: Hadid and DiCaprio are seen at a New York Fashion Week afterparty.

Photos were taken of the new couple sitting at a table and chatting together at Casa Cipriani in New York City.

“They were sitting in the dining room area and were canoodling and having a fun night out with each other,” a source told Entertainment Tonight. An insider told Us Weekly that DiCaprio has “always had a soft spot” for Hadid, adding, “He thinks she’s beautiful of course but also a wise and cool character who’s got a very cultured and educated take on life.”

They added that the couple shares many mutual friends who are supportive of the budding relationship but it “did catch a lot of them off guard.”

September 21: The couple is “having a good time.”

A source told People that Hadid and DiCaprio “like each other and are having a good time.”

Another insider close to the pair said that the actor is very “taken with Gigi,” saying that she is the “type of woman he is usually attracted to.”

“They sort of run in the same high profile circles and would see each other at events, clubs, restaurants and gatherings,” said the source.

While they are officially dating, they are not “serious.”

“Leo has not been out of his relationship with Camila long enough to jump headfirst into anything,” said an insider. “I am not sure he is completely finished with Camila. That was a long romance.”

Hadid walked the Versace fashion show at the Milan Fashion Week event while Marrone was sitting in the front row. They apparently didn’t have any kind of public interaction. Other models at Versace included Emily Ratajkowski, Paris Hilton, Irina Shayk, Vanessa Hudgens, and Bella Hadid, her sister. 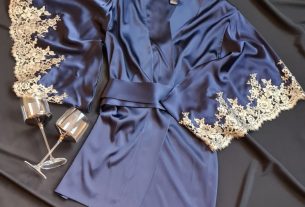 When do babies start sleeping through the night? Expert advice tired new parents need to know

2019 Emmys: Vote For Which Star Rocked the Red Carpet Best!