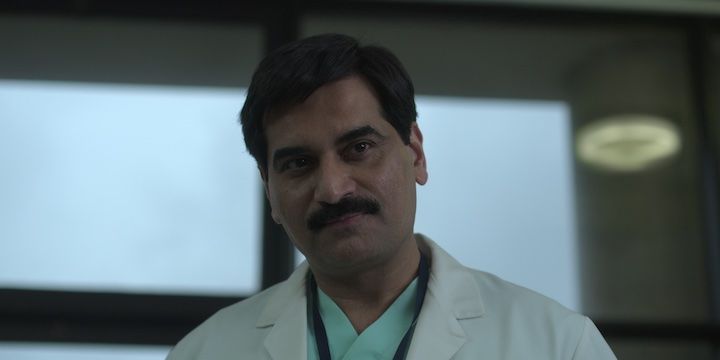 When they first met in 1995, the heart surgeon Hasnat Khan offered exactly what the recently divorced Princess Diana needed in a partner: normality, stability, wisdom, and warmth. What he couldn’t provide was legitimacy. Horrified by the intrusion of paparazzi and deeply serious about his work at Royal Brompton Hospital, the 36-year-old Pakistani cardiologist knew going public with the Princess of Wales would ignite a press frenzy he didn’t care to read, let alone involve himself in. Never mind the response his family would have, the racism he’d experience, or how much he loved her; the Lady Diana Spencer would never be his wife.

But that didn’t prevent Diana from trying to convince him, spurred along by the same hopeless-romantic willpower that had chased Prince Charles all the years of their marriage.

Season 5 of The Crown depicts the budding relationship between Khan and Diana, and while Humayun Saeed and Elizabeth Debicki fit well in their roles, the plotting around the relationship is orchestrated with all the conviction of cotton candy. There’s a certain romantic fluff that plagues them in the few scenes they’re together on-screen, labeling what was one of the most pivotal romances in Diana’s life as just another dashed dream. (The dialogue doesn’t help in this department. In one particularly oof scene, Hasnat explains that his patients don’t feel any pain during surgery because they’re under general anesthesia. Diana responds, “Trust me, I feel everything.”)

Certainly, Diana’s relationship with Hasnat highlighted the tragedies of her life: the incessant pursuit of the press; the never-realized desire for familial acceptance; the possibility of a life outside London. But to banish so many moments of Hasnat and Diana’s relationship off-screen is to implicitly imply it lacked importance. The Crown always purports to be about the people behind the palace adornments. Perhaps no one more than Hasnat revealed who Diana who really was—or, at least, wanted so painfully to become.

In The Crown, Hasnat and Diana’s love ends shortly after the cardiologist watches her BBC interview with Martin Bashir. In reality, their relationship lasted for years after the interview aired, even intermingling with the princess’s romance with Dodi Fayed. Below, a brief timeline of their time together—and a reminder of everything the Netflix drama chose to skip.

As depicted in the new season of The Crown, the princess met Khan at Royal Brompton in September 1995, while Diana was visiting a patient, the husband of her friend and acupuncturist Oonagh Shanley-Toffolo. Wrote journalist Tina Brown in her biography The Diana Chronicles, “The doctor was entirely absorbed in Toffolo’s condition and took no notice of the Princess—which, for a woman used to everyone fawning over her, was almost unbearably sexy.” He gave Diana little more than a polite nod, and his name was indeed written on his shoes.

Now thoroughly beguiled by a game of cat and mouse, Diana started visiting Toffolo’s husband more and more frequently, talking with other patients while keeping one eye out for the handsome heart surgeon. Eventually, she caught his attention during an elevator ride they shared. “Over a period of time, we became good friends,” Khan himself revealed in a police statement, following an inquest around Diana’s tragic death in 1997. Before a trip to his uncle and aunt’s home in Stratford-upon-Avon, he asked if the princess would like to join. “We drove there together and Diana met my aunt and uncle,” Khan said. “We had dinner in a restaurant and then drove back to London. After this, our friendship turned into a relationship.”

Reporters had their suspicions, especially after a large shipment of flowers was delivered to Khan from Kensington Palace. The press started following Khan, talking to his old girlfriends and mentors. Nevertheless, the duo continued their romance for the next two years, with Diana immersing herself completely in Khan’s interests and culture. As Brown covers in The Diana Chronicles, the princess read Gray’s Anatomy and surgical reports; she watched the hospital soap opera Casualty every Saturday; she considered converting to Islam; she flew to Pakistan numerous times and became close friends with Imran Khan, a cricket player and distant cousin of Hasnat’s, and his wife Jemima.

In turn, Kahn brought the princess Kentucky Fried Chicken at Kensington Palace, where he’d arrive in the back of butler Paul Burrell’s car under cover of a blanket. Sometimes she’d sleep in his call room at the hospital, tip-toeing home before the sun rose. When she made calls to the hospital, she’d use fake names like “Dr. Armani,” revealed Sarah Ellison in a 2013 piece for Vanity Fair. As depicted in The Crown, the pair would occasionally go out on dates with Diana incognito; on one night in particular, she wore a black wig and glasses to a show at Ronnie Scott’s jazz club.

According to Brown, Khan refused to consummate the relationship until Diana was formally detached from the Prince of Wales. On the day she was finally granted a divorce—July 4, 1996—she wore an ivory shalwar kameez. “The pearls were an emblem for her gained wisdom and a new dawn, while the traditional Pakistani silhouette was evocative of her love and loyalty to Khan, a man she believed would never betray her—and she was right; he never did,” writes fashion blogger Eloise Moran in her book The Lady Di Look Book. Diana was finally becoming the woman she’d fought so hard to be: an independent woman, more respected but no less adored. With Khan, she was the most romantically fulfilled she’d been in decades. Everything seemed to be going right.

“After Charles, Khan was undoubtedly the most important love of Diana’s life,” wrote journalist Kate Snell in her book Diana: Her Last Love. But, by 1997, it was becoming ever clearer that Khan had no intention of going public with Diana, which meant he had no intention of slipping an engagement ring onto her finger. Their viewpoints were increasingly oppositional. As Brown writes in The Diana Chronicles:

“She no more understood why Charles valued the earnest audiences he provided to architects, philosophers, and environmentalists than she could later see why cardiologist Hasnat Khan spent such an unreasonable amount of time at the hospital. ‘I just don’t get him,’ she told her friend Lucia Flecha de Lima about Khan on a phone call in 1997. ‘He’s always so busy and his work is so important to him. I keep telling him he doesn’t need to work at the hospital. We would make a great team. We could do my work together. But he doesn’t want to know.’”

Such a call underlined a crucial misalignment between Diana and her beloved doctor: He didn’t want to do her work. He wanted to do his.

A Sunday Mirror story was the first to officially reveal the two as romantic partners, and—in a tailspin—Diana granted a story to the Daily Mail denying the relationship. Khan was hurt by her lie, but he was equally aghast at the publicity. Things only got worse when Khan’s father, Dr. Rashid Khan, told The Daily Express the two would never marry, as Diana was unsuitable for Khan as a bride. “We are looking for a bride for him,” the doctor said. “She must belong to a respectable family. She should be rich, belonging to the upper middle class. Preferably to our relations or tribe, which is Pathan. But if we do not find her in our own tribe, we can try outside it. But preferably she should be at least a Pakistani Muslim girl.”

Ever convinced of her own magnetism, in May 1997 Diana flew to Pakistan—without warning her lover—and visited his family in Lahore. They liked her well enough, but Brown writes, “Charm was irrelevant. Hasnat’s mother had no intention of letting the union happen, and Hasnat had doubts of his own.” Still, Diana spent another day with Khan’s family in late June.

“She came to visit me twice in Pakistan to help fund-raise for Imran’s hospital, but both times she also went to meet his family secretly to discuss the possibility of marriage to Hasnat,” Jemima Khan told Vanity Fair. “She wanted to know how hard it had been for me to adapt to life in Pakistan and she wanted advice on how to deal with Pakistani men and their cultural baggage.”

By then, their relationship was sinking fast. Only weeks after the Pakistan visit, she joined Mohamed Al-Fayed onboard the Jonikal on July 11, where his son, Dodi Fayed, joined them on July 14. Only the night before—on July 10—Hasnat had stayed with the princess at Kensington Palace. “When Diana went to St. Tropez with Mr. Al Fayed, everything was fine between us,” Hasnat told police. “After a few days, I felt something was wrong. Her mobile kept going on to answerphone.”

According to Snell’s research, Khan and Diana officially broke off their relationship near the end of July, and by July 31 Diana was being photographed on the Jonikal in her infamous swimsuit shots with Dodi. A month later, while in Paris with Dodi, the car carrying them both crashed, and the two were killed.

Many believe Diana died while still deeply in love with Khan. He was present at her funeral, and later told police, “I do not know what Diana was like in other relationships but she protected me very well, not just from the media but also from a lot of information. Perhaps she protected me because she thought we had a future together.”

Lauren Puckett-Pope is an associate editor at ELLE, where she covers film, TV, books and fashion. 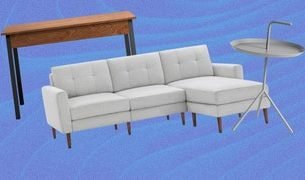 Sweatpants That Are Comfy and Cool