As the sneaker world has exploded the past decade, so have the collaborations. There are the usual suspects, like the red-hot fashion designers and god-like sports stars. There are the less-expected pairings, too, like Adidas enlisting actor-director Jonah Hill and professional gamer Ninja to co-sign some kicks. And then there are the Crocs. But this month marks the release of one of the more unpredicted sneaker collaborations in maybe ever: Reebok and Charles and Ray Eames.

More precisely, the limited-edition sneakers come via Reebok and Eames Office, the foundation that oversees the work and legacy of the two late designers. The Eameses, the groundbreaking husband-and-wife duo that helped shape the aesthetic of postwar California modernism, have remained just as relevant even decades after their deaths. Their mix of playful abstraction and philosophical concepts produced now-famous plywood furniture and one unconventionally-constructed house. And now they’re coming to the world of sneakers.

Reebok’s Club C is at the center of the collection, which makes sense: it’s a no-nonsense sneaker that pairs with just about any wardrobe. It’s a fitting shoe for designers known to favor simple, functional designs that still look incredible. A rotation of Eames-branded Club Cs will be released throughout the rest of the year, with the first sneakers dropping later this month.

Two takes on the Club C—one in black, the other in white—will feature “Eames” text where the Reebok logo usually sits and an insole with a geometric print referencing the colors seen on the famous Eames House. (A special edition features the “Eames” text colored in with the various shades from the renowned house—but those were only available through a “friends & family” release.) The other sneakers will focus on Ray Eames’ work as a visual artist, including her paintings and textile patterns. The first sneakers will be available exclusively via Eames Office and Reebok on October 15 before rolling out via select retailers in the following weeks.

When the Eames sneakers first made the rounds on the Internet, the reaction was split between the open-minded folks who loved them and purists who blanched at seeing the Eames name on an athletic sneaker. The practice of pulling late designers into commercial projects can just as often go wrong as it can right.

But while the Eameses are remembered for molded plywood, they’re also remembered for the way they strove to democratize modernism—always wanting to positively impact as many lives as possible through intelligent design. If the Eames Office is to honor that legacy and ensure the duo’s philosophy lives on with as many people as possible, then—in this day and age—using a sneaker as a megaphone is a surefire way to grab the attention of a younger generation. Plus, when it comes to picking a sneaker that feels at home within the world of Eames, the timeless and matter-of-fact Reebok Club C is perhaps just the one for the task. 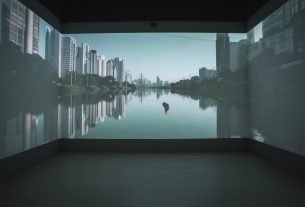