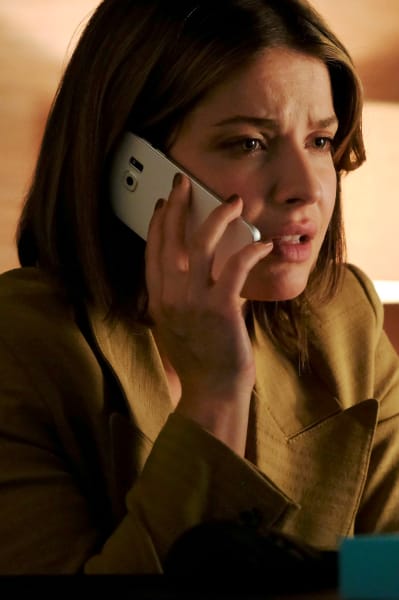 That can’t be good.

After Shaun spent most of The Good Doctor Season 5 Episode 5 obsessing over his patient feedback scores, Lea quietly omitted some negatives, and now he thinks he’s improved.

The deception will come out sooner or later, and it won’t be good for Shaun’s career or his relationship with Lea.

I understand why Lea omitted some of the feedback forms.

The feedback was as blunt and harsh as Shaun’s words to patients often are.

Lea didn’t want him to read the latest feedback and get frustrated, plus she felt that this system wasn’t capturing his strengths enough.

Still, that wasn’t the way to handle this at all, and it’s not going to do anyone any good for Lea to fudge the scores. 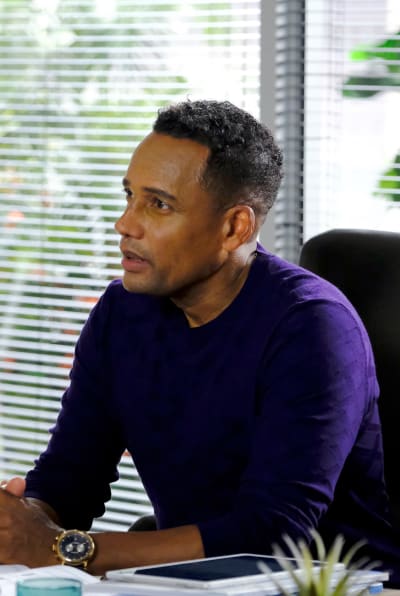 If there was one thing the hour demonstrated, it’s that overreliance on this type of patient feedback is harmful to doctors.

Shaun spent most of the hour trying and failing to understand how to connect with patients while Morgan used Park’s average scores as a reason to push him to try harder to get into the spotlight.

In Shaun’s case, though, he’s been down this road before. Maybe there weren’t patient feedback forms with smiley and frowny faces, but this is not the first time he’s heard that his bedside manner needs work.

Although ASD doesn’t make people unempathetic, Shaun often comes across as such. He has worried in the past that he won’t be able to succeed as a doctor because he struggles with communicating compassionately with patients. 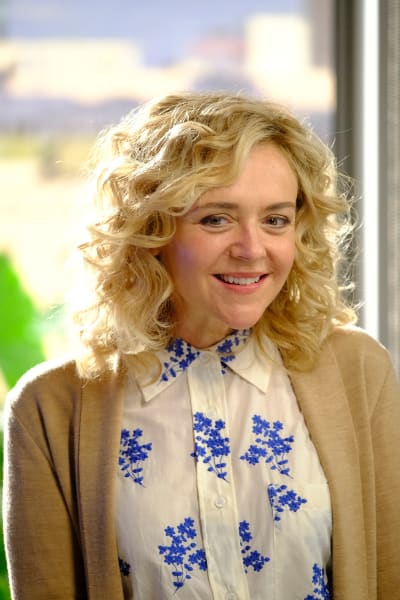 Shaun could learn this skill, and he has been working on it for several years. Now, Claire is gone, so he’s missing part of his support system, and there is this ridiculous feedback score system that helps nobody.

But still, if Lea wanted to help, she could suggest to Salen that Shaun’s ASD makes this difficult for him and work out some way to help him with his bedside manner instead of omitting scores.

Park: It’s hard to tell where the brain ends and the tumor begins. It’s inoperable.
Shaun: I am definitely going to get a bad review.

Also, someone needs to help Shaun stop obsessing over the damn scores and do his best with every patient. Bad reviews happen, but they don’t have to be the norm, and the reviews certainly shouldn’t be Shaun’s focus. 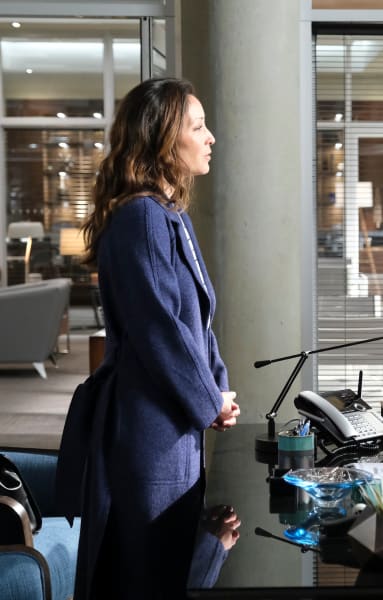 Usually, Glassman would be the person to explain that to Shaun, but Glassman is AWOL, or at least, hunkering down in Paradise, Montana.

Hopefully, he’ll be back eventually. Until then, he’s in for a ton of voicemails from both Shaun and Lea, and he may not find any more peace than he did in his garage.

One person who likely won’t be back is Mateo.

His abrupt exit was jarring, but I was proud of Lim for making the decision that was best for herself. 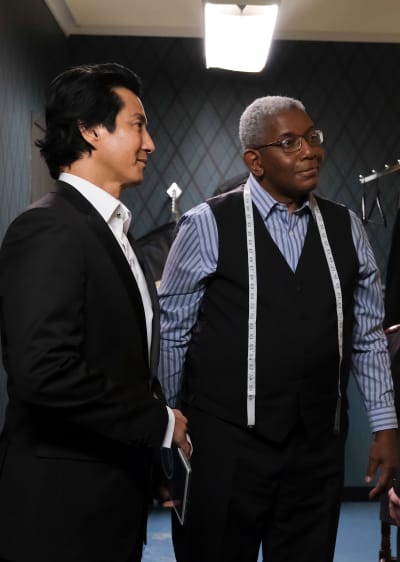 As Rosa pointed out, this is a pattern with Mateo, and Asher was also right that Lim couldn’t put her whole life on hold for someone who was not reciprocating.

Lim: How did it end between you and Mateo? Sorry, that’s none of my business. You don’t have to answer that.
Rosa: No, it’s okay. He used to go away on medical missions all the time, sometimes without warning. I’d find a little gift, a book or something. And then he’d come back and for a while everything would be fine. But then one time he didn’t come back. I waited for a long time. In fact, too long.

It was odd that there was no communication between the two since Mateo used to FaceTime regularly with Lim from Guatemala before.

But apparently, he forgets the world when he is caught up in a medical mission. If that’s the case, Lim should cut ties now rather than get in any deeper with someone who is not fully available. 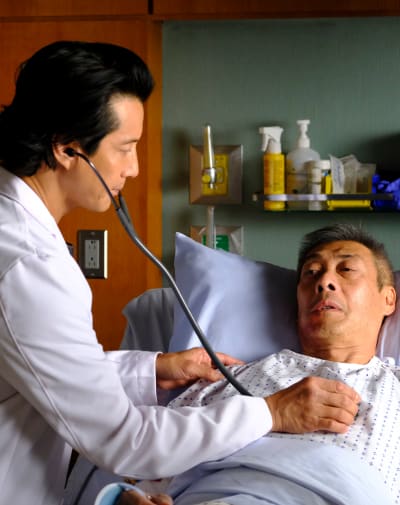 The score drama and relationship drama overshadowed what was easily one of the most compelling cases The Good Doctor has had in a while.

There were cultural and familial reasons why Emily’s father didn’t want to get lifesaving surgery, admit that he was the victim of a hate crime, or even tell his daughter what was going on with him.

Emily wanted to be a good daughter but was also her own person and believed far more in standing up for herself and her community than her father did.

All of this led to a fascinating case in which the doctors had to somehow work with their patient’s cultural beliefs while still giving him the best possible care. 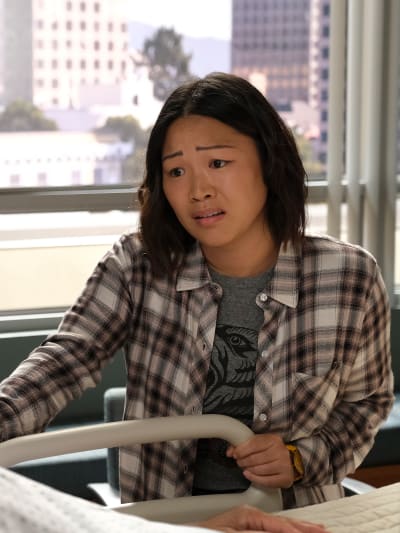 Not as much time was devoted to this conflict as it seemed from the trailer, and that was a shame.

Emily’s interactions mainly were related to Shaun not knowing how to talk to her without upsetting her. Park related to both father and daughter because he had a similar background, but his attempt to navigate this tricky situation took up all of one scene.

Instead, most of his scenes revolved around Morgan believing he was underachieving because his feedback scores were just average.

I hope we don’t hear about these feedback scores again for a long time because they should not be the center of any doctor’s life, never mind the focus of the entire hour. 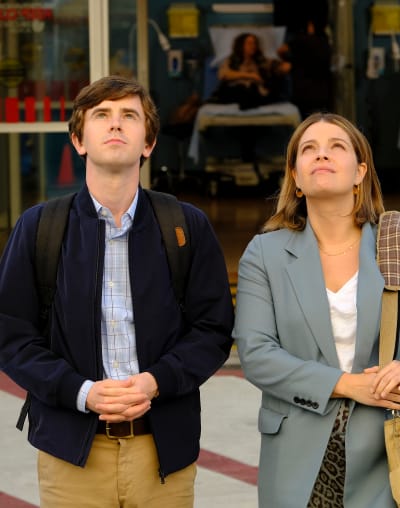 As for Morgan and Park, for once, Morgan had a point. Park doesn’t crave the spotlight, and he won’t climb as high up the ladder as she will with that attitude.

But not everyone needs to be on top. Some people are happy where they are, and Park seems to be one of them.

It’s not clear yet whether this will be a dealbreaker for their relationship. I don’t care much either way. They’ve never been a compelling couple, though Morgan trying in her way to be supportive is better than the constant sniping and obnoxious rivalry between these two.

And Jordan and Asher, your rivalry isn’t much better. Cut it out!

Your turn, Good Doctor fanatics! Hit that big, blue SHOW COMMENTS button and let us know what you thought of Mateo’s sudden disappearance, the focus on feedback scores, and the patients of the hour.

Miss the episode? No problem. Just watch The Good Doctor online right here on TV Fanatic. Don’t forget to come back to comment after! 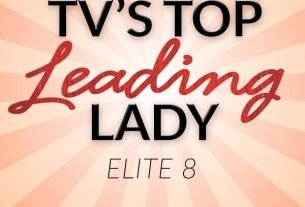 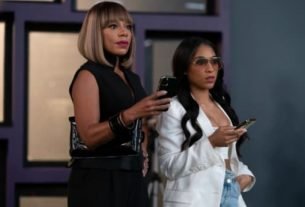 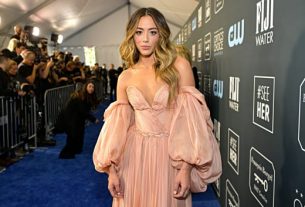