You can’t keep a good private eye down, including Veronica Mars. Yep, the beloved series about the snarky sleuth is still poised to come back to life.

The Kristen Bell-fronted series ran for three seasons on UPN and The CW, and was canceled in 2007. Veronica Mars returned to life in 2014 on the big screen in a partially fan-funded feature film. Both Bell and series creator Rob Thomas have been vocal about their desire to revisit the series about the scrappy, snarky sleuth, now it’s just a waiting game.

“We’re still working on it. We’re hopeful. Yeah. It’s just finding the window where she’s available and I’m available is part of the trick and yeah, but spiritually we’re still very into it,” Thomas recently told E! News.

Bell, who currently stars in NBC’s The Good Place, previously told E! News there is a future for her and Veronica Mars. “I mean, I’m going to be blunt: It’s tough, for a variety of reasons I can’t get into, but, Rob and I are trying and we will continue to try,” she said.

Thomas said he already has ideas for what the mystery or mysteries would be if and when the character comes back.

“If we get to do it again…I think the way to make it survive is to—If the movie was kind of a love letter to the fans, anything that comes from now on, I think, is going to be about the kickass mystery…If we get to do it again, that’s what I want to deliver. I want to make Veronica the first name in female detectives. I have no designs on supplanting Sherlock Holmes, but I would really love Veronica Mars to be—when I think female detectives, that’s who I think of.”

Thomas spoke with E! News about remakes and revivals, a topic he’s familiar with, and said he doesn’t see himself ever doing Veronica Mars without Bell.

“What I’m hoping for is that after I retire, some quality young writer wants to remake it and send me checks that’s the dream there,” he said. “I can’t imagine doing it without Kristen in my professional lifetime. I mean, never say never, but I think if I’m not doing it with Kristen, it means that Kristen no longer wants to do it. And Kristen has said she’s willing to do it until it’s Murder, She Wrote. As long as she holds to that, then I think I want to keep doing the Kristen Bell version, if there’s an opportunity.” 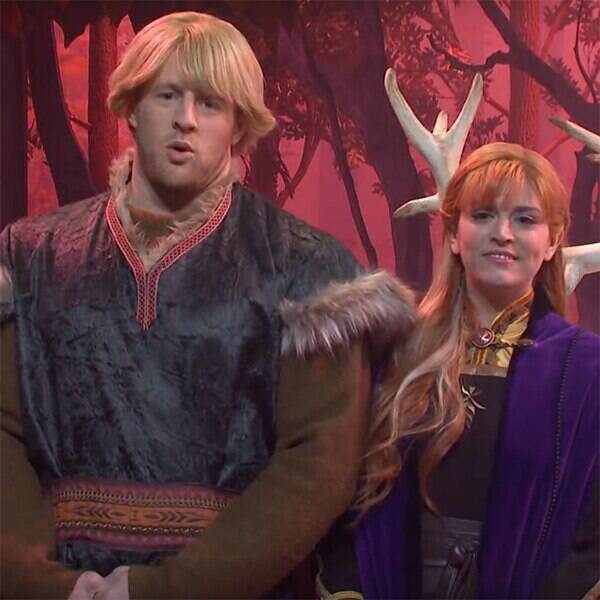 J.J. Watt Parodies Frozen II and The Bachelor on SNL

How Kirby Howell-Baptiste Wound Up Taking Over TV