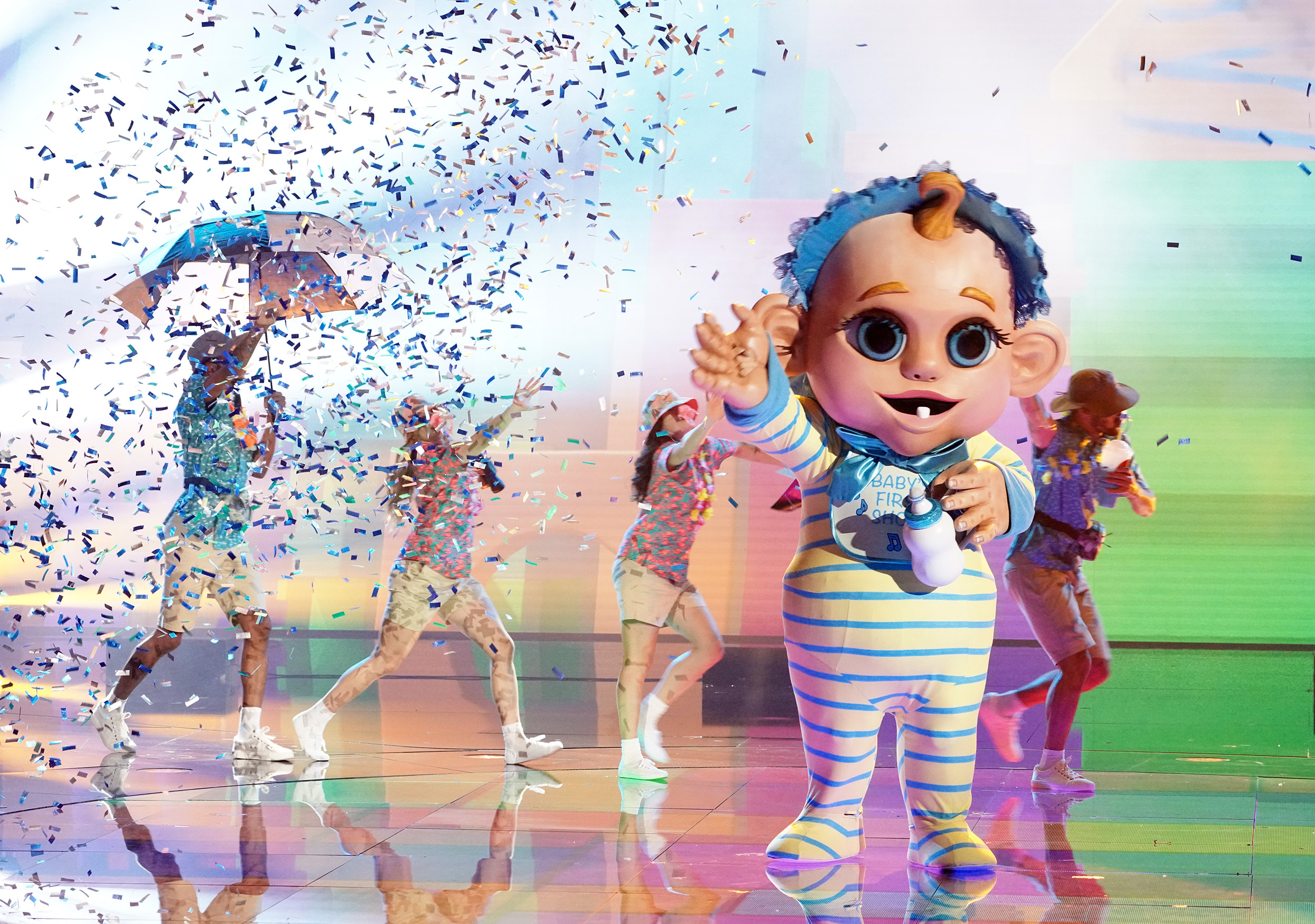 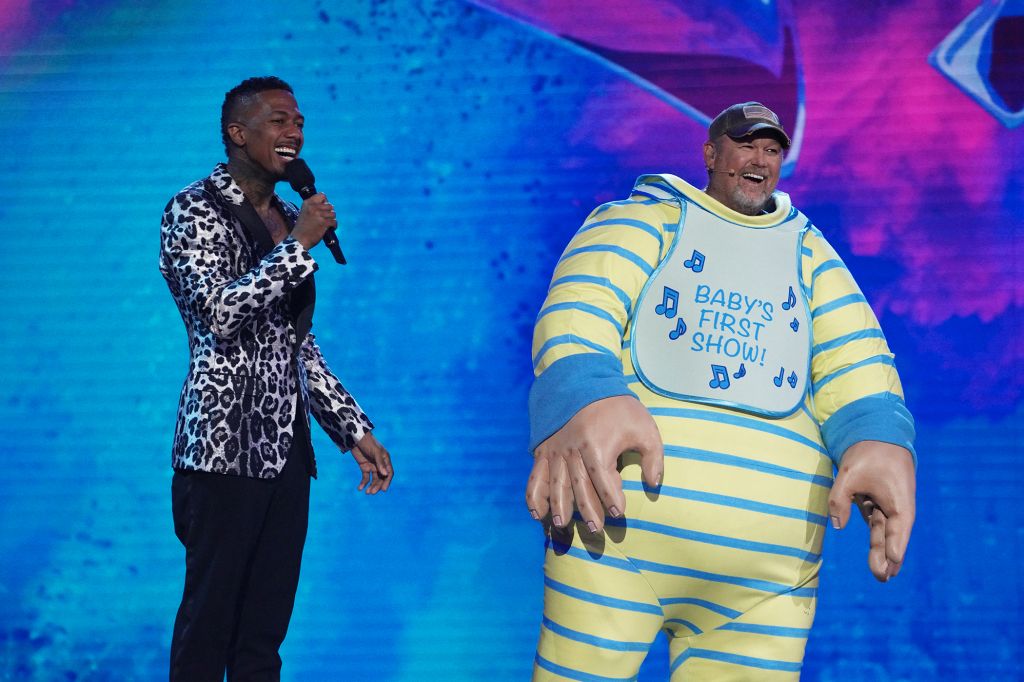 By Zach Seemayer, ETOnline.com. 8 hours ago

“The Masked Singer” returned for the fourth week of season 6 competition on Wednesday, and after five fun performances from Group A, fans had to bid farewell to another costumed contestant.

On Wednesday, The Hamster, The Bull, The Baby, The Skunk and The Pepper — an all-new wild card contestant — all took to the stage to give it their best shot. However, it was The Baby who ended up getting the boot, after a hilarious and totally unexpected operatic rendition of “(Meet) the Flintstones” — the theme song of the beloved animated sitcom

After all the show’s panel of celebrity “detectives”  — including Robin Thicke, Nicole Scherzinger, Ken Jeong, and Jenny McCarthy — made their final guesses, not one of them had any idea who The Baby could possibly be. The panel’s guesses were more eclectic than ever, ranging from Michael Caine to Bruce Willis to Gordon Ramsay.

After the chants of “take it off” concluded, The Baby turned out to be none other than comedy superstar and celebrated voice actor Larry the Cable Guy!

“We said his name so many times, and now he finally showed up in a baby costume!” host Nick Cannon declared. Larry’s name has often been thrown out by the panel over the past six seasons, but when it finally was him, no one even came close.

ET spoke with the comedian on Wednesday, and he opened up about his memorable performances on the show

“I just wanted to be entertaining and do something completely different than anybody’s ever done on the show,” he said, adding that he also participated to make his kids happy.

For Larry, years of sold-out comedy shows has made it so that performing in front of crowds has never been a problem for him — but when it came to singing, getting to be in a mask made all the difference.

“I’m telling you, I could perform in front of 10,000 people and it’s no big deal, because I’m confident in doing that,” he shared. “But I can’t karaoke in front of eight people.”

“Entertaining is all about your confidence level, so when you put the mask on, and you put all that stuff on, nobody can see yo so it helps elevate your confidence a little,” he added. “If I had to just come out and sing, I never would have been able to do it.”

Meanwhile, The Bull started things off on a fun, exciting note with a high-energy, incredibly physical performance of Britney Spears’ “Circus”.

The Hamster brought his own comedic sensibilities to the table while going old-school once again with a performance of Queen’s “Crazy Little Thing Called Love”.

The Skunk showed off her legendary diva qualities with a stellar cover of “Midnight Train to Georgia” by Gladys Night and the Pips that earned a lot of love and a standing ovation.

The night’s new wild card contestant, The Pepper, meanwhile, spiced up the competition with a stunning and show-stopping rendition of “Jealous” by Labrinth.

See what characters are introduced and what stars get unmasked as “The Masked Singer” airs Wednesdays at 8 p.m. ET/PT on Fox.

‘The Masked Singer’ Season 6: ET Will Be Live Blogging Week 4!

‘The Masked Singer’: Biggest Clues & Most Epic Performances of Week 3

‘The Masked Singer’: The Dalmatian Gets Bitten Hard in Week 3 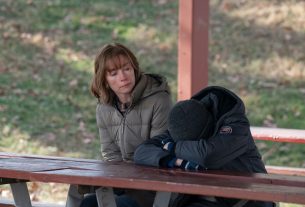 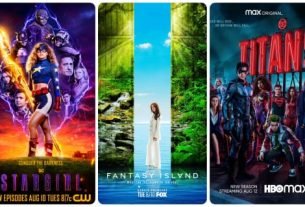