Awkwafina may be full of jokes, but her beauty look at the Crazy Rich Asians L.A. premiere was pure sophistication.

The actress swapped in her Versace co-ordinates and Ellen DeGeneres-style pixie blonde wig, worn in the film by her wealthy character, Peik Lin, for a pale-pink, long-sleeve Reem Acra gown, David Webb jewelry and Giuseppe Zanotti shoes. The ensemble was complemented by long, wavy, brunette tresses and a bold makeup look, courtesy of artist Kirin Bhatty on behalf of Dior.

The rapper’s premiere look may be in stark contrast to her character’s, but the inspiration behind it aligned well with one of the film’s themes: cultural empowerment.

“I was really inspired by the color red as it is very important in Asian culture, and it’s always been very important to me as a South Asian woman,” said Kirin in a press release. “I thought that putting this look together in this way was a beautiful way to honor it.”

While the makeup artist used two Dior 5 Couleurs in Flirt and Thrill to create a blush-tone pigment on Awkwafina’s eyes, her lips were made to match the star’s satin clutch and the statement red bow on the back of her gown.

To get this vibrant-but-not-overwhelming shade, the makeup artist layered four products together. The pro first moisturized the lips with a raspberry-hued balm, then topped it off with a matte red lipstick, followed by two long-wear lip tints, Dior Addict Lip Tattoo in Natural Cherry and Natural Berry.

The result? A premiere-worthy pout that looked stunning and meant something. We’re thinking it would look pretty stellar with Peik Lin’s blonde wig, too.

“I had [the wig] lit on fire and burned,” Awkwafina said jokingly to E! News. 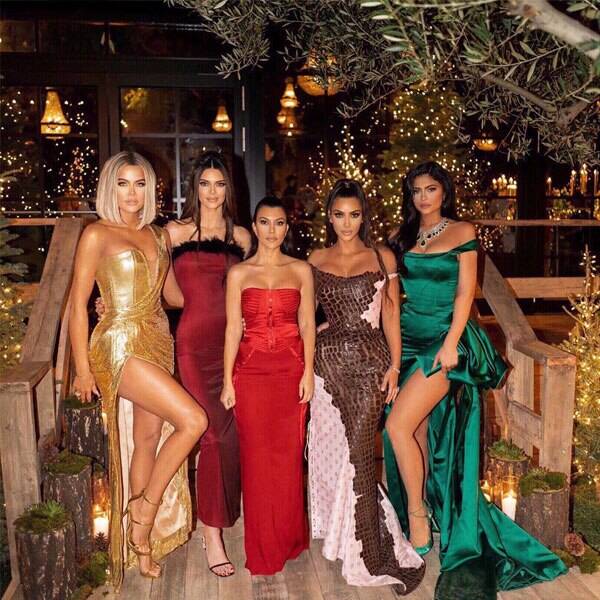 How the Kardashian-Jenners Achieved Their Glamorous Christmas Party Looks