How did the most expensive watches ever sold become that expensive? As any jeweler (or astute reader of Watches of the Week) knows, there are a lot of ways to measure the value of a watch, from the complexity of the movement to the weight of diamonds on the dial. The world’s most expensive watches, however, aren’t just worth the sum of their tiny rarefied parts. Instead, the watches that break records at auctions attain their superlative status through a mysterious blend of (among other things) history, celebrity, rarity and—of course—hype. And if it seems like there are more of these watches appearing at auctions right now than ever before, you’re absolutely right. Thanks to the unprecedented enthusiasm for watch collecting there have never been more people willing to spend fortunes on rare and collectible watches, from crazy one-off super complications to pieces once owned by celebrities. Of course, as anyone who’s spent enough time scrolling through GQ Recommends knows, you don’t need an auction paddle and a seven-figure bank account to get your hands on a piece you love get your hands on a piece you love. In fact, there are a bunch of flex-worthy options that capture the same million-dollar vibes at a much more accessible price. Just consider it a placeholder until your crypto pays off.

As one of Switzerland’s only remaining family-owned watchmaking brands, Patek Philippe isn’t known for following trends or bending to hype. Quite the opposite: Patek’s commitment to the traditional craft of watchmaking is what people love about them. Still, when it comes to the Nautilus 5711—a watch so insanely popular that Patek chose to discontinue it, rather than try to meet demand—even Patek Philippe couldn’t resist the urge to go for one last victory lap. The results were as explosive as you’d think, with the first (and only—so far) publicly sold Tiffany blue 5711 fetching over $6.5 million on the auction block at Phillips last month. That sum—all of which was donated to The Nature Conservancy—made it one of the most valuable Pateks ever sold, and by far the most valuable Nautilus in the world.

Two Ways to Hop on the Blue Dial Wave

When he wasn’t making iconic films, launching Sundance, or cooking up a big batch of his famous salsa, Paul Newman was also a devoted watch fan. While he was photographed wearing a few different models over the years, one in particular—a 1968 Rolex Cosmograph Daytona with an unusual black, red and white dial—became something of a signature. Daytonas with “Paul Newman” dials were already trending hard in 2017 when Newman’s daughter decided to put her dad’s up for sale, and the combination of celebrity ownership, rarity and pure hype led to the highest price for any wristwatch ever sold at auction, an astounding $17.8 million.

Two Ways to Get the Two-Toned Look

Audemars Piguet has been around since 1875, and they’ve made a lot of cool pieces in all of those decades – including the Royal Oak, one of the most influential (and most-hyped) watches of all time. It’s fair to say, though, AP had never made anything like the Royal Oak Concept “Black Panther” Flying Tourbillon before. The forbidden lovechild of a $50 Snoopy watch and a six-figure Swiss grand complication, the initial response to the one-of-one piece unique was mixed. At a Christie’s charity auction hosted by Kevin Hart, however, the white gold tourbillon sold for $5.2 million, proving that—whatever your feelings about the movies—it’s Marvel’s universe now, and we’re all just living in it. Fortunately for LeBron James, Serena Williams, and other AP fans who missed out on the piece unique, AP later dropped a 250-piece limited edition priced at a much more “affordable” price of $162,000.

Two Ways to Bring Some Purple to Your Wrist

In the world of record-breaking watch auctions, there’s one name that matters more than any other: Patek Philippe. There are a bunch of reasons for this, from their watches’ notoriously stable resale value to Patek’s undisputed mastery of high-end complications like perpetual calendars and minute-repeaters. All of this makes any Patek watch collectible to some degree, and the rarer a particular model is, the more valuable it is. So when the Geneva-based brand announced a one-of-one version of its Grandmaster Chime, the most complicated Patek Philippe wristwatch ever made, in stainless steel, the watch world justifiably lost their shit. With no fewer than 20 complications jammed into its reversible case (a feat that according to Patek took 100,000 hours from start to finish), there was no shortage of bidders, but the result was a surprise, even for Patek. When the hammer fell on the Patek Philippe Grandmaster Chime 6300A-010, it became the most valuable watch ever sold at auction, beating Paul Newman’s Daytona (the previous record-holder) by more than $10 million.

Paul Newman wasn’t the only 1960s movie star to become synonymous with a watch. In the case of Steve McQueen, it was the TAG Heuer Monaco, a highly-advanced (for the era) chronograph released in 1969 and famously worn onscreen in 1971’s Le Mans. Designed for timing motorsports events and named after the grand-daddy of them all, the Monaco Grand Prix, it wasn’t just the world’s first waterproof automatic chronograph, it was also the first with a square case. While Le Mans came and went without much fanfare, the image of McQueen squinting trackside in his Monaco stuck. When that watch (which he later gave to his stuntman on the film) hit the block at Phillips in 2020, it fetched $2.2 million, becoming the most valuable TAG Heuer ever.

In addition to being owned by a celebrity and being part of a major historical event, there’s another important factor that drives up vintage watch prices: patina. Unlike, say, cars or paintings, where scratches, discoloration and other signs of wear are considered a bad thing, watch lovers will pay top-dollar for them. This Omega, which is one of the first Speedmasters ever made (and the first watch of any kind to come with a tachymeter bezel), would have sold for a big sum regardless of its condition, but having a dial that aged from white to the color of milk chocolate definitely helped push the final bid to $3.1 million when it sold at auction last November.

Two Ways to See What Brown Can Do For You 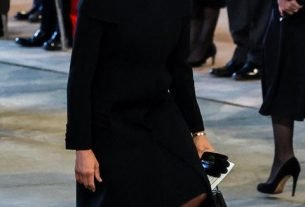 Meghan Markle Honors the Queen With a Curtsy at Coffin Procession 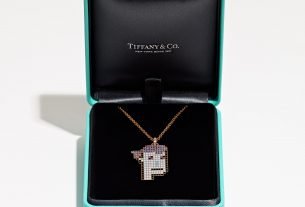 Tiffany & Co. Is Making a Very Tangible Entrance Into the World of NFTs