Jennifer Lopez has had a big year after returning to rom-coms with Marry Me, debuting her own Netflix documentary, and, lest we forget, marrying Ben Affleck. But it seems like 2023 will be a big for the superstar too: She has another comedy, Shotgun Wedding, on the way, and now, The Mother, her new thriller, heading for Netflix.

The film, which first made news in early 2021, is just one of the projects in Lopez’s multi-year deal with the streamer, through which she’ll produce a number of film and TV titles, both scripted and unscripted. As her onscreen empire continues to grow, here’s what we can expect from The Mother while we await it’s big release.

What is it about?

According to the official logline, “A deadly female assassin comes out of hiding to protect the daughter that she gave up years before, while on the run from dangerous men.” You can guess who Lopez will be playing.

The Mother arrives May 2023 on Netflix (in time for Mother’s Day), though there’s no exact release date yet.

Just earlier this year March 2022, Lopez was seen shooting the film with her co-stars in the Canary Islands.

Joining Lopez onscreen are Joseph Fiennes and Gael Garcia Bernal (both playing “dangerous men”), Lucy Paez (as the daughter), Omari Hardwick (as an FBI agent and an ally to Lopez’s character), and Paul Raci (as another ally). Niki Caro, who helmed the live-action Mulan remake, is directing.

Can I see a trailer?

Last October, Netflix shared a behind-the-scenes look at the production, showing Lopez on set in a beanie and dark clothing—fitting action movie attire.

During Tudum this year, the streamer debuted an exclusive teaser from The Mother, sharing a hardcore first look at the action flick. 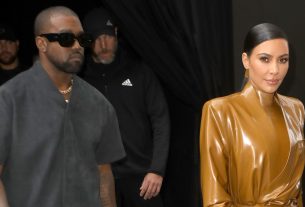 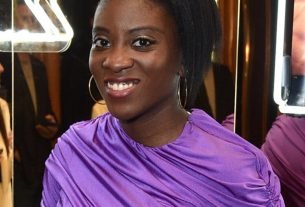