After joining her I’m A Celeb campmates for the National Television Awards last night, Anne has rivalled her fellow femme fatale on The Chase.

While Jenny Ryan, who is famously known for bringing glamour to the show, is dubbed The Vixen, it looks like it’s Anne Hegerty who is now living up to that name.

She usually takes on a professional exterior, but as she stormed the red carpet, she ditched her usual two-piece suit and opted for a sizzling dress.

The general knowledge whizz stunned as she looked dolled up in a glittery wrap dress that cut low to show a hint of cleavage.

While the dark coloured material fell to the floor, Anne flashed a hint of her pins as the dress had a teeny split along the hemline.

Accessorising with a black clutch bag, silver shoes and a whole lotta pearls, Anne oozed glamour for her evening antics.

While the usually fresh-faced star dolled herself up for the evening, she added a hint of colour to her eyelids as her eyeshadow took centre stage.

Finishing the look with a bold blush and a prominent lipgloss, Anne turned into The Vixen of the jungle.

She joined her fellow campmates as they collected the gong for the Bruce Forsyth Entertainment Award, with I’m A Celeb crowned winner.

She was joined by most of the memorable faces from the show, including winner Harry Redknapp and runner up Emily Atack.

Despite not taking home the title and being crowned Queen of the Jungle, Anne was extremely popular during her series.

After revealing she has autism, she admitted some of the tasks would be hard for her, and fans grew to love her even more.

WINNERS: The campmates were happy with their win (Pic: EMPICS)

REUNITED: The campmates reunited for the celebrations (Pic: EMPICS)

Although she struggled with the occasional trial, she powered through and managed to bag a number of stars for the campmates.

Even after she was dumped from the jungle, fans have been supportive over her stint – and it looks like she has a newfound love for reality TV.

Bruce Forsyth Entertainment Award: I’m a Celebrity… Get Me Out of Here! 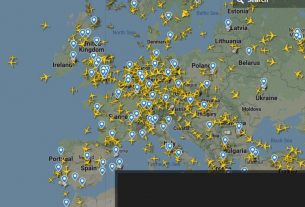 Lockdown! Not in the sky over the UK & Europe