I’m a cartoon girl at heart. Doesn’t matter that I’m grown; I have no shame for it. But the problem with being an animated TV lover growing up was realizing how little Black representation there is in the genre. Of course, the TV landscape is a bit different now, but in the ‘90s and early ‘00s, there wasn’t a mainstream cartoon character whose story really resembled mine as a pre-teen. That was, until The Proud Family premiered on Disney Channel in 2001.

The Proud Family showed stories relatively unseen to white audiences—the everyday interactions of Black families—through approachable and lovable animated characters. It revolved around Penny, a 14-year-old Black girl struggling with her responsibilities as an older sister, having a controlling dad, and wanting to be popular at school (all of which are relatable to Black and non-Black pre-teen girls). What helped make this show so remarkable and beloved was the voice behind Penny: actress Kyla Pratt.

Though we didn’t see her face on-screen in The Proud Family, Pratt’s influence on Black girlhood is non-debatable. From starring in TV shows and movies like One on One and Eddie Murphy’s Doctor DoLittle, Pratt was the Black girl role model for Millennials and Gen Z-ers alike, even before Raven-Symoné and Zendaya headlined their own shows (That’s So Raven premiered two years after Proud Family.) The actress became a mainstay in the pop culture scene for over 20 years and shows no sign of slowing down as she prepares for her latest role: reprising Penny Proud in The Proud Family: Louder and Prouder.

Reboots can be a hit or miss (as we’ve seen with And Just Like That… and Gossip Girl), so naturally, there’s some anxiety about a beloved cartoon returning after 21 years. However, Pratt isn’t worried—for her, this isn’t a reboot but an upgrade with better, more inclusive characters and funnier storylines.

Kyla Pratt spoke to ELLE.com about the impact of The Proud Family, being a role model for young Black girls, and how important representation is today.

I’m loving the show so far. Sometimes when it comes to reboots, they can be either really good or really bad. Are you afraid that old fans won’t get that same feeling with The Proud Family: Louder and Prouder as they did with the original series?

What’s funny is I’m not a big fan of a lot of reboots. But I think it’s because I am a nostalgic person [who’s] like, “Hey, don’t mess with the classics. Don’t bother it. You’re [going to] ruin it.” But this reboot is completely different for me because it still has the same essence [as] the original show.

We made it for 2022. Most of our original cast is back, and you get that same essence, same type of stories, same energy, [and] the same loving feeling.

To be able to watch [the reboot] as someone who watched [the original show], you’re going to feel all warm and tingly. You’re not going to [put] it on and be like, What is this? At some point, no one’s going to be happy. Everyone’s not going to be happy with anything ever. I remember when the drawings first came out, and they were like, “Why didn’t they make her older? Why didn’t they do this? Why didn’t they do that?” And then some people loved it. But honestly, I feel like the original fans of the show are going to think that it was well worth [the wait]. They’re going to be so happy that we have the same essence of the original, but with new storylines and new characters.

A lot of Black girls saw themselves in Penny and therefore in you. Do you think that this influence, this kind of celebration and representation, will continue with the reboot?

What’s amazing about our show is that I didn’t realize at 14 years old that we needed that type of representation. That wasn’t my thought process at that time. At that time, I was just a young girl who was a teenager who wanted to be around her friends but also had an amazing job and got to act. I didn’t realize until years later the impact that The Proud Family had on me, mainly because people would always come up to me and let me know how much of an impact it had on them. It made me realize that representation matters so much. It’s important that we have a show like The Proud Family: Louder and Prouder out now because we need it. We need it. I’m so excited for my kids to see this type of representation with their type of subject matter.

The Proud Family is something that we can still watch and enjoy and love. But now that we have storylines that are based on today, where social media is concerned, where protests are concerned, where everything that’s going on in the world needs to be addressed. As a young Black girl, I didn’t realize what I was representing. Being older now and knowing that’s something that I had the pleasure of being a part of, it’s an amazing feeling. I’m glad that people can see themselves in me in some type of way.

I wholeheartedly agree. One thing I’m really interested in is Penny transitioning from middle schooler to high schooler. How did you get back into this role? It’s been 17 years since The Proud Family has been on air. Did you just jump in?

It wasn’t hard at all to jump into this. I have been a teenage girl, and I have two little girls at home. I have evolved as an actress, and I love the fact that I had the opportunity to do something like this—to go back and visit a character that I did so many years ago.

I feel like Penny has grown up in so many ways, but she’s also still growing and that’s why I love that they kept her in the space that she’s in, because everybody can relate to being a teenager. Everybody can relate to wanting to balance time with your friends and time with your family and going through different things in society and growing and not even [realizing] that you went through certain things that you went through until you watch an episode of The Proud Family.

Do you see yourself in Penny?

This is a character that I recorded when I was about 14 years old. And I don’t know if I put a lot of [myself] into Penny or Penny taught me a lot of things about myself. There’s a little bit of me in Penny and then there’s a little bit of Penny in me, and [I’m] never losing that. That’s why it was easy just to jump back into it—I know who Penny is [and who] Penny wants to be. [She] is so relatable to so many people and they can feel her in so many ways, even if it’s something ridiculously silly. [Although] it’s animation, [The Proud Family] still gives you what we’re all searching for, what we’re all trying to figure out, and what we’re just trying to enjoy, which is life.

I loved how the original series put this lens on Black [families] that had everyday struggles, which was something we kind of did not see at the time. Do you feel that [we’ll] get this glimpse of an everyday Black person’s life with the reboot?

Oh, absolutely. I remember executive producer Ralph Farquhar and creator Bruce Smith saying that the purpose [of the show] was to see a Black family. That’s why they created The Proud Family. When I was 14 years old, recording this show, I didn’t realize that this was something that we needed. I didn’t realize how amazing The Proud Family was going to be. Seeing a Black family, a Sugar Mama that is crazy and doing what she wants to do but has your back; seeing a dad figure, a mother figure, siblings, being an older sibling and having to babysit; wanting to balance being with friends; and having a crazy Uncle Bobby felt so familiar to me that I didn’t realize how special it was, and how that was underrepresented on television.

The reboot has that same essence: It’s showing a Black family that looks like, in some way, someone’s family. Everybody loves Sugar Mama, but if you don’t have a Sugar Mama that acts like Sugar Mama, you want one—someone who is crazy, but always has your back. Someone always has a crazy Uncle Bobby or crazy Auntie who they love but don’t want to claim all the time. We can all relate in so many ways.

Seeing something that reminds you of you helps you feel not alone in this world; that we’re all fighting to live the best life in and fighting to make sure that our mental health is where we need [it] to be. When you can see someone who reminds you of yourself, it just reminds you [that] there is someone out there like me. And they might not know everything or know every single struggle, but I know that we’re similar in so many ways. So it’s okay, I’m not alone.

Penny Proud, voiced by Pratt, in The Proud Family: Louder and Prouder.

One thing I love about the original series was how it handled diversity. In addition to Penny, you had a LaCienega Boulevardez, who is Afro-Latina, which is something you really didn’t see [on TV at the time]. You had these different variations of Blackness. How does the reboot [bring] a multi-perspective of Blackness and Black culture?

If you could say anything to your fans, both old and new, what would you say about the reboot?

What I want to tell anyone who enjoyed watching this show when it was originally out (and for those who have not seen it yet), I would love to let them know that this show still has the same essence. It still has the same loving feeling that you got when you first watched it, whether you were rushing home from school, or you were up in the middle of the night. We’re back and we’re doing it bigger than ever, and we hope you enjoy it because we have been working our butts off to make it happen. And I’m so excited for you guys to see it.

Melanie Curry
Melanie Curry is an Editorial Assistant at Hearst Magazines, where she does a little bit of everything for all Hearst brands. 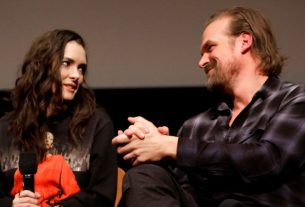 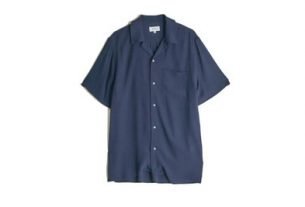 The 19 Best New Menswear Items to Buy This Week 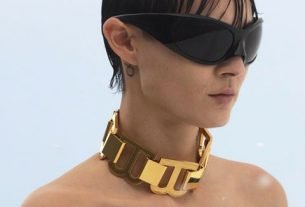 Shop The Best Accessories Trends From the Fall 2022 Runways