Glitter body art is one of the biggest fashion crazes of 2018.

Over the last year, we’ve seen all manner of sparkly designs sweep Instagram.

While emoji boobs trended in summer, Pumpkin Bums were huge in Halloween.

So would you dare to try any of these looks?

Top seven sparkly looks of 2018, as created by Go Get Glitter:

FESTI-COOL: These sparkly designs were popular during festival season (Pic: GO GET GLITTER)

As festival season returned, so did glitter boobs.

And this May, music fans drew inspiration from their phone emoticons.

Model Jess Geary was among those who dared to wear the look.

The red and gold glitter that decorated her chest resembled the fire emoji.

In another snap, a sparkle addict adorned her breasts with love heart graphics.

Everyone knows that the bum is the peachiest body part out there.

So it’s no surprise that people have been transforming their rears into the cheeky fruit.

To replicate the design, you’ll need to get hold of some gold, red and silver shimmer.

Apply these all over your bum in a circular shape.

Complete the look with a shiny green leaf, which should point out of the butt crack.

OH MY BOD: Women decorated their entire bodies with the shimmery stuff (Pic: GO GET GLITTER)

In June, models covered their bodies in the shimmery stuff.

Artist Lillie Bernie was chosen to promote the glitter craze.

Her entire body was covered in the bronze-coloured shine, apart from her face.

In an Instagram photo that’s been liked 4,300 times, she struck a pose in the buff.

Extra sparkles appear to have been dotted onto her nipples to prevent her from flashing the intimate area.

In May, Go Get Glitter provided a sexy alternative to traditional swimwear.

Instead of using clothes to cover up, colourful glitter was stuck over models’ bodies.

One of the women appeared to be wearing a rainbow-coloured bikini top from a distance.

But on closer inspection, you can see that the skin is completely bare underneath the sparkles.

Another model paired the multi-hued design with a pair of white bottoms.

THEY’VE GOT BALLS: Football fans experimented with this craze (Pic: GETTY/GO GET GLITTER)

As the World Cup kicked off this summer, football fans were quick to rally around their teams.

While some spelled out the name of their country with gems, others used multi-coloured shimmers to replicate their flag of choice.

Go Get Glitter put together one of the first football inspired looks.

To celebrate the Three Lions first Group G clash, they covered a model’s body in sparkles.

To signify the contest, both England and Tunisia flags decorated her boobs.

As Halloween rolled around, body art was given a spooky makeover.

On Instagram, a model showed off the spooktacular costume idea.

Two skulls adorned her cleavage, which was otherwise completely bare.

To pull off the look, outline two skeletons with black body paint.

Fill the shapes in, before adding a spot of red to create the hollow eyes and nose.

Finish off with a flurry of iridescent sparkles, which are bound to add some more drama to the look.

ALL THAT GLITTERS: Pumpkin bums also trended during October (Pic: GO GET GLITTER)

These designs were also popular on October 31.

Pumpkin bums and boobs swept Instagram during the festive period.

To re-create each look, outline the Jack-O-Lanterns with face or body paint.

After sketching the shape with black paint, fill in with some orange before drawing out a spooky face.

Finish with gold glitter for some extra pizzaz. 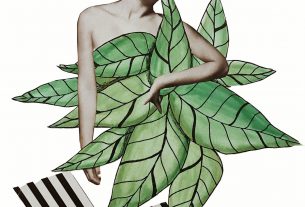 The Wonder and Strength of a Mother

X-rated bikini goes viral for all the wrong reasons: 'You couldn't even use it as floss' 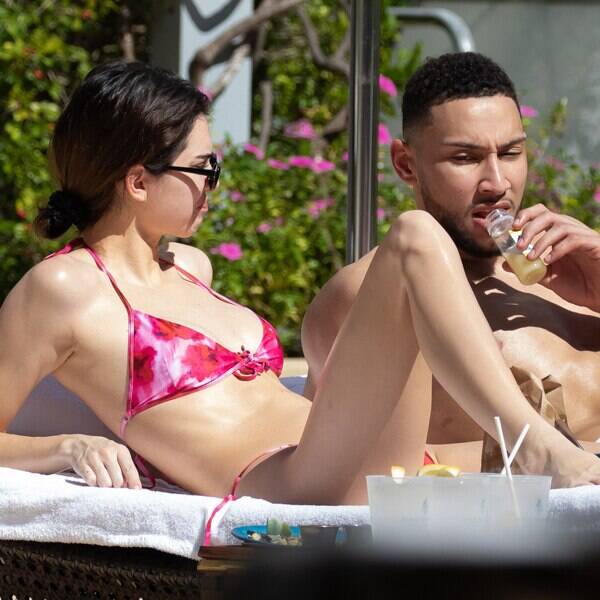