Joanna Hogg’s new film The Souvenir: Part II technically opens with a shot of the English countryside, but the movie really begins with a coat. Honor Swinton Byrne (daughter to Tilda, who plays her mother in the film) returns from the first film as Julie, a film student struggling to become an artist, whose character is based on Hogg herself. Julie wakes up in her childhood bedroom not long after she’s lost her first great love, Anthony, to a heroin overdose—the tragedy that defines the final act of The Souvenir: Part I. Her parents tell her she is welcome to hide out at home for as long as she wants, but she demures, and we then see her in the elevator, familiar to us from Part I, heading up to her cozy old Knightsbridge duplex, wearing the same boxy black coat that swaddled her through The Souvenir Part I and cast her as both ambivalent pariah and wannabe artist. Nico sings a torch song, and we’re back in Julie’s world—and, deeply, in Joanna Hogg’s.

Hogg is 61, and only released her first film in 2007, but with The Souvenir seemed to pioneer a radically memoiristic style of filmmaking. Shortly after film school—the period covered in The Souvenir’s two parts—Hogg directed music videos, then spent decades working in television. Her five films so far all share an intense commitment to telling stories about what she knows—the goings-on of the English upper class in which she grew up—which has afforded her, or perhaps led her to, an approach essentially unique in contemporary filmmaking. We met in late September, when she was in Manhattan for the New York Film Festival premiere of Part II, which arrives in American theatres this week; we chatted on the balcony of a hotel suite, and she set a bag of M&Ms between us, “to share,” she said.

Clothing, she explained, has been a part of her unique approach from the beginning. Since her first film, Unrelated, she’s had “this habit of putting my own clothes into my films, and the trouble with that is, if I ever decide to wear them myself [again], it sort of feels…really striking.” She laughed.

Clothes aren’t the only objects of Hogg’s to appear in her films. Hogg’s work seems to view the boundary between life and art as porous, or even nonexistent—for Julie and Anthony, in The Souvenir: Part I, living life becomes something like the creation of a great artwork, or a highly staged pursuit of beauty. Part II requires the kind attention to detail usually demanded of audiences for sci-fi sagas or television show reunions. We are expected to remember characters who showed up for mere moments in Part I, but also the outlines of rooms, the import of meaningless memories and throwaway lines, and, of course, clothes. But if Hogg’s magic works the way it’s intended to—as it seemed to for a great many viewers of the first film, judging by the movie snob contingent that hasn’t stopped discussing it—you will indeed remember. Taken together, the films are a powerful case for selfish art: storytelling that rewards the studious, sensitive viewer, and heaps pleasure on its maker. If the first film was a painful exploration of addiction, Part II is more indulgent—plus “more ambitious, and more joyful,” as Hogg told me, than the first. It is truly art for art’s sake. Or more accurately, art for the artist’s sake. These are not films for someone who simply wants to enjoy a young woman’s coming-of-age story, but for those who obsess over the past, who think that everything that ever happened to them matters, and who believe every object, especially every garment, has the power to recreate history, or travel through time.

“We’re seeing Julie, telling the story of Julie, through these different style changes,” said Hogg, of the role of clothes in Part II, “in a way that seemed kind of superficial on the one hand, but were completely fundamental to how she sees herself, or how her life is shifting.” Her passion for designers like Yohji Yamamoto, Charles James, and Vivienne Westwood don’t only define Julie (Joanna’s surrogate) for us, but also reveal her interior—the film is an exploration of the very function and definition of fashion itself. In fact, the film portrays Julie attempting, and failing, to make an earlier version of The Souvenir: Part I as her graduate project. Hogg’s actual graduate film, meanwhile, was a fashion film, a multi-episode series called Caprice, starring childhood best friend Swinton as a fashion maven. “Each episode of the film was about a young woman who goes inside the pages of a fashion magazine,” said Hogg. “I was always crazy about fashion magazines. Tilda plays this character who goes through each page, and each page promoted a different fashion designer”—Manolo Blahnik, as well as Turkish designer Rifat Ozbek and milliner Kristen Woodward.

The pieces of Hogg’s that appear in the film are something out of a fashion fanatic’s dream wardrobe. “Some of them are literally what I wore” at that time, she said: there’s a Vivienne Westwood “World’s End” scarf and pair of trousers, “all from the Pirates collection,” the landmark 1981 show that established Westwood as a fashion force. Many of Hogg’s pieces, most of which are in a storage unit, are quite valuable now—Hogg said she regrets selling some of her Westwood pieces at auction, for example, 15 or so years ago—but they meant something deeply to her at the time. The effect is that the clothing provides a strange and personal depth, rather than a mere recreation of period style.

Some of the clothes emerged from Hogg’s partnership with Swinton. The actor is a lifelong friend and kind of collaborator, though not in the traditional sense: before she appeared in Hogg’s graduate film, they attended boarding school together. “She also dug around in her wardrobe,” Hogg explained, “and there are things that Honor wears—those suede Manolo Blahniks she wears are Tilda’s. We were both obsessed with Manolos in the ’80s.” (A pair of red Manolo satin slippers that Julie trots around her flat in, on the other hand, are Hogg’s.)

Other pieces blend past fantasy with reality. Hogg worked on both films with costume designer Grace Snell, “who was incredible at understanding the clothes and the different styles that Julie moves through. The ball dress, for example, that Julie wears in Venice in part one, she designed.” That dress emerged from Hogg’s then-boyfriend’s passions, which she increasingly took on as her own: “There was a whole Charles James obsession that I had in the ’80s, and it came from this relationship that I was in, on which The Souvenir is based.” Her boyfriend (known as Anthony in the films) was a James fanatic, and Hogg still has her copy, now nearly fallen apart, of the catalogue from the 1982 Brooklyn Museum show that first cemented James’s work within fashion’s canon. When she was in film school, “I had this idea called The Tragedy of Fashion, which was about a kind of Charles James character, who was a misunderstood artist or fashion designer.” (Which sounds a bit like Paul Thomas Anderson’s Phantom Thread—although the audience who saw that film in search of great style might find it more accurately represented in Hogg’s films.)

In part, the film is about the ways that fashion can propel a person forward—creating confidence, or masking a lack of it. In the middle of the film, as Julie begins work on her graduate project, she meets with pushback and conflict from collaborators as well as her film professors, and ambivalence from her parents. The weapons—or armor—at Julie’s disposal, which is to say a young Joanna Hogg’s, were Yohji Yamamoto suits. “I love wearing suits,” said Hogg. “And especially at the end of Part I, and then into Part II, [Julie’s] very much dressing in a more and more masculine way. Just not so feminine. I’ve always felt more comfortable in suits. It’s not about hiding, really, but it’s about never being comfortable in figure-hugging clothes.

“But also I think Julie, as a younger woman—it is sort of about hiding behind something,” she continued. “We very much had this idea of the shapes that she wears changing, and that after Anthony has gone, she moves into where she’s more comfortable. We talked a lot about Japanese designers of that time—so, Yohji Yamamoto, who I was completely obsessed with from the mid-eighties onwards. The kind of inky blues and midnight blues that Julie was wearing [were] very much reflecting that interest in the Japanese shape and colors.”

In that period, Yamamoto was storming Paris, bringing a menswear sensibility of ease to women’s fashion, while also cultivating a new style of feminine mystique. “It was just the fact that you could feel elegant, and the clothes were loose,” Hogg said of her own Yamamoto fixation. “One was sort of hidden. I was always obsessed with body shape. The clothes would hide you—you felt hidden, but somehow presentable in some way, or something.”

Ultimately her films are about just that: how to be presentable, how to create style, how to create confidence, and ultimately, how to create art. “I have a slight regret that I didn’t trust my own instincts and my own ideas earlier than I did,” she said. Now, artists (especially women) are expected to arrive as fully formed artists at a young age, able to present themselves with easy glamour on social media, even if they don’t use the platforms themselves. (Think of the viral image of Phoebe Waller-Bridges, at age 34, sitting among a pile of freshly-won Emmys and smoking.) Hogg’s own films emphatically trace the path of a woman incapable of such precociousness.

Did she know what she was capable of at that point? “I thought I knew what I was capable of,” she said. “I was very ambitious. But so ambitious that there was no way I was going to meet those ambitions. I was sort of typical in that I had all these ambitious ideas but I lacked a lot of confidence. On the one hand, ‘I could be the next Scorsese!’ or whatever, and on the other hand, you know, kind of nothing.” (Things, obviously, worked out: Scorsese has an executive-producing credit on Part I.)

The climax of the film shows how masterfully Hogg blends her now-realized ambition with her past, and how clearly she sees fashion as a prime tool of articulation. When Julie debuts her graduate film project, it is a mise-en-abyme that is clearly a remake of Caprice, surreally blending mid-century fashion photoshoot sets with her memories of Anthony. Julie, dressed as a goddess in Fortuny-inspired pleats, dances with Anthony in the robe from his charity school.

The sequence brings to mind something Hogg told me when we spoke–an aside that was also a sort of mantra. “It’s a complicated thing,” she said, “what one chooses to wear and why.” 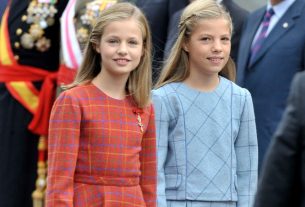 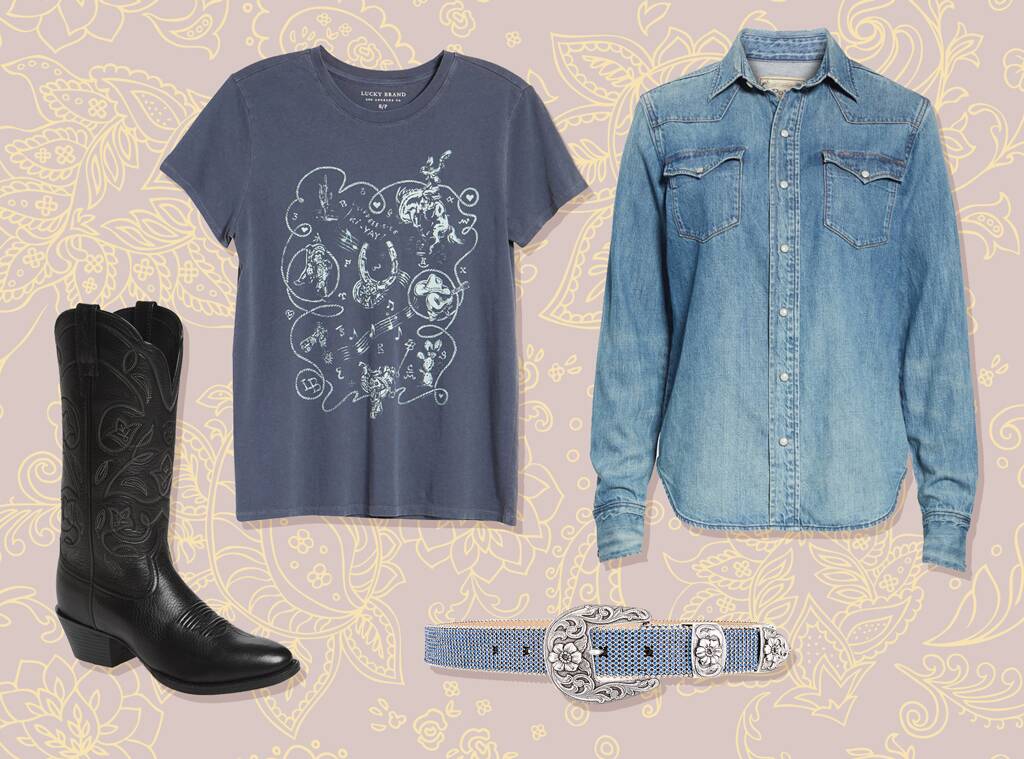