Animation as a medium has a very layered history. What started out as novelty shorts that aired before a feature film soon became family events for the big screen. But during the 70’s and 80’s, there were artists and studios that tried to push the boundaries of the medium and create action packed, messy adult features. The Spine of Night feels like a love letter to that specific era of animation history, and it promises to deliver all the trippy imagery that fans have been craving for.

If you were distracted by the cool imagery, Red Band tells of the plot of the film below:

“This epic fantasy tale, about the history of a land that never was, begins when an ambitious young man steals forbidden knowledge from a sacred plant. He falls to its darker temptations and in so doing, unleashes ages of suffering onto mankind. As his power grows over the years, it falls to people of different ilk and culture to attempt to stop him. Among those who stand against him are a daring tomb-robber, star-crossed lovers, a maniacal necromancer, winged assassins, and an undying guardian.”

The Spine of Night is written and directed by Philip Gelatt, who’s previous works include Love, Death & Robots, and Morgan Galen King, who’s previous works included the short Exordium. The film is casted with plenty of stars such as Lucy Lawless (Xena: Warrior Princess, Ash vs The Evil Dead, Richard E. Grant (Loki), Patton Oswalt (M.O.D.O.K., Ratatouille), Betty Gabriel (Get Out) and Joe Manganiello (Justice League). The film premiered at the 2021 South by Southwest film festival and received critical acclaim for the performances and striking visuals.

The Spine of Night is primarily animated in rotoscope, which is the technique of tracing over live actors frame by frame to produce realistic action. The technique was heavily used in the films that The Spine of Night pays tribute to. In an interview with Film Inquiry, Morgan Galen King had this to say.

“From the very moment I started working on animation, the thing that was the most influential to me was the late 70s early 80s era of Ralph Bakshi’s classics like Heavy Metal, also a little bit of He-Man and Thundarr. I grew up with a lot of that stuff, I was just right in the pocket of five years, where that was all really big. So yeah, it was an aesthetic that I always wanted to pursue}. {A lot of the short films I worked on prior to this was like refining that workflow and figuring out how to do it on a feature scale. Ultimately, Phil saw the Exordium (2013) short, and we got together, and he got us a warehouse and we made this huge fantasy epic in this little room and then drew it for seven years.”

“I love fantasy as a genre and science fiction as a genre and horror as a genre and at the time, and I guess to date, it was the only time I ever got to write full-on fantasy,” said Philip Gelatt also with Film Inquiry.

“Being able to do that genre and play with that genre and do that genre in a particular way was certainly the most fun part of writing it. It’s just fun to sit around and think about fantasy worlds and barbarians and weird librarians and necromancers, I mean that’s, I love that stuff. It’s a blast!”

RLJE Films has picked up The Spine of Night for distribution and has announced that the film will have its commercial release on October 29th, where it will be released in theaters as well as On Demand and Digital HD. Whether you’re a longtime fan of the weird and wonderful, or a newcomer to cult fantasy horror, The Spine of Night seems to be promising a dazzling experience regardless. 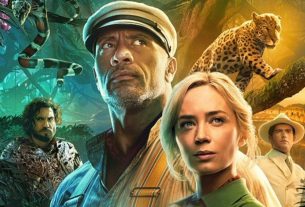 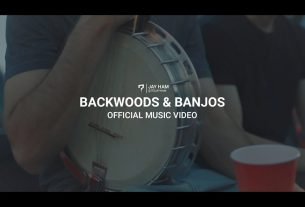