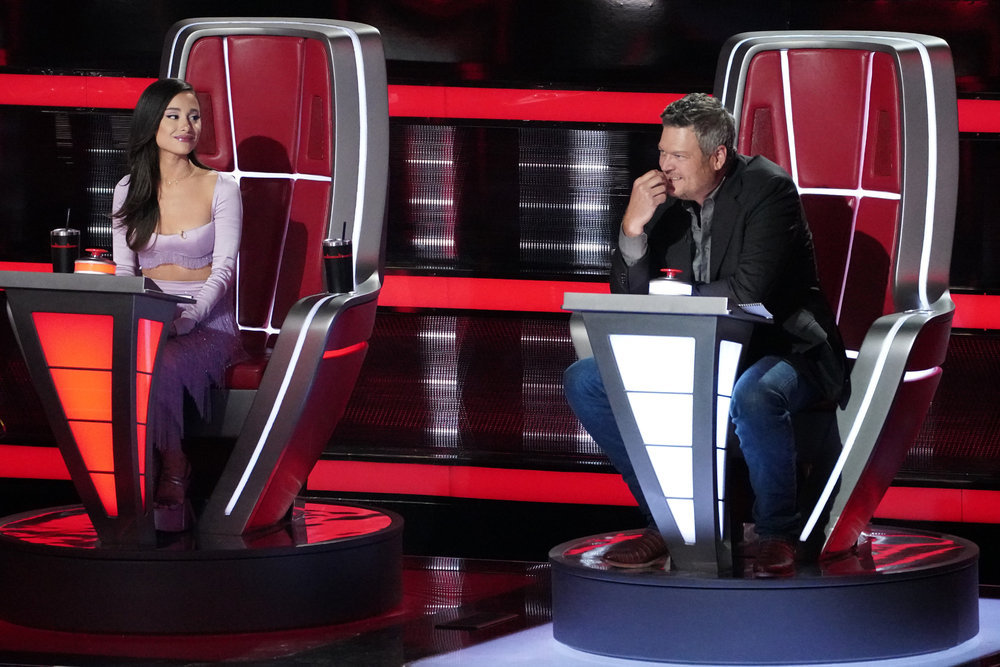 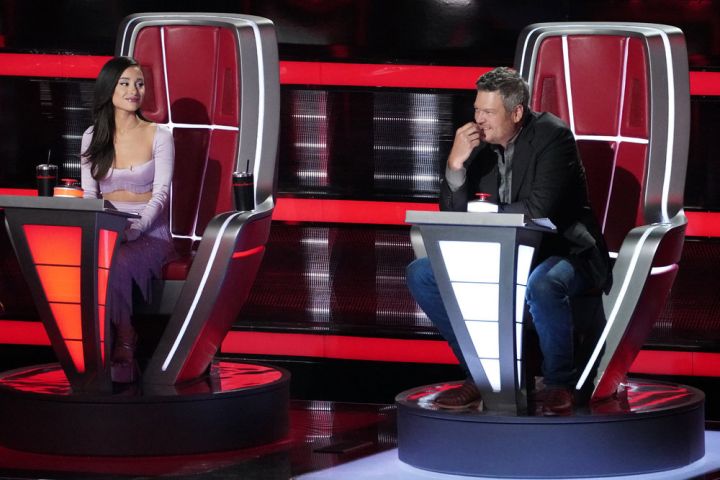 Blake Shelton is a country boy at heart — but on Tuesday’s “The Voice”, his fellow coaches just had to roast him for not knowing a major pop hit!

New season 21 coach Ariana Grande impressed John Legend and Kelly Clarkson with her unique song selection in the Battle Round — assigning Vaughn Mugol and Katherine Ann Mohler a melodic arrangement of Nelly and Kelly Rowland’s iconic 2002 duet, “Dilemma”. However, when it came time for Blake to give his critiques on the performance, it turns out he had never heard the song before.

“My thought was, ‘Wow, I can’t wait to hear that song for the first time,’” he admitted of his thoughts prior to the performance.

“Did you live under a rock?” Kelly exclaimed, with John agreeing, “This was an immensely huge song.”

“There was a lot of rocks where I lived,” Blake joked.

To be fair, the song was only No. 1 for 10 weeks on the Billboard Hot 100, multi-platinum worldwide, and a Grammy winner for Best Rap/Sung Performance. Check out the original video below — complete with that now-infamous Microsoft Excel text.

As for the battle performance, Blake went on the praise Vaughn’s tone, but added that he felt Katherine “was the one who gave it that extra little bit.”

Their coach agreed, with Ari picking Katherine to win the battle and unfortunately sending Vaughn home. “This was such a far step out of her comfort zone that I had to go with her,” she said of the winning performance.

As the Battle Rounds continue, check out ET’s complete roundup of the season 21 team rosters to follow along with your favourites.

‘The Voice’ Season 21: Watch All of the Battle Round Performances!

‘The Voice’: Ariana Grande Breaks Down Over Her Team’s First Battle 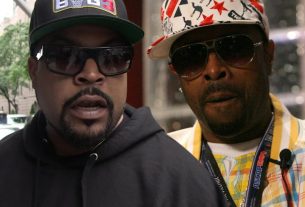 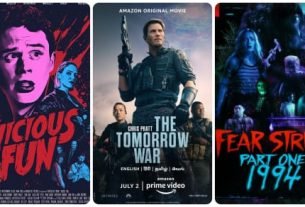