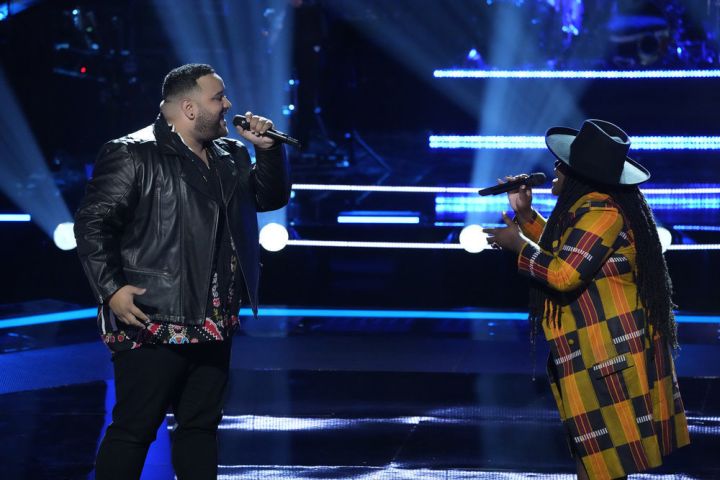 By Meredith B. Kile‍, ETOnline.com. 37 mins ago

The Battle Rounds kicked off on “The Voice” season 21 on Monday, and the coaches are already blown away by the vocal talent from this season’s contestants.

The final battle of the night was a Team Kelly showdown between Jeremy Rosado and Jershika Maple, who teamed up for a soaring rendition of Justin Bieber’s “Hold On” that had the coaches out of their seats.

“I don’t know that we’ve ever had battles this good before,” Blake Shelton raved. “This is a blast to sit here and watch.”

“This show is like the most painful thing I’ve ever been a part of,” Ariana Grande joked of Kelly Clarkson’s agonizing decision. “You’re both so good.”

While Blake was leaning towards Jeremy, noting his surprise at the way he held his own in the duet, Ari raved that Jershika’s runs “sent me through the roof.” John Legend agreed, noting that while Jeremy’s “range is incredible,” he was also leaning towards Jershika, saying plainly, “You are a damn good singer.”

However, it all came down to Kelly’s decision between the “two amazing powerhouse vocalists,” and she was struggling.

“You both elevated each other,” she told her team members. “I thought that was kind of cool and magical.”

“Y’all have the best hearts as well,” she added. “You’re both just stellar humans.”

Ultimately, Kelly declared Jeremy the winner of the battle, and was without a save to use on Jershika. Not to worry, as both John and Ariana hit their button to steal!

However the episode ended on a shocking cliffhanger after John and Ari made their pitches — fans will have to wait until Tuesday night to see which team Jershika joins!

As the Battle Rounds continue, check out ET’s complete roundup of the season 21 team rosters to follow along with your favorites.

Ahead of season 21, John, Kelly and Blake placed a target on Ariana’s back as the first-time coach this season — especially because so many of the show’s young singers idolize the two-time GRAMMY winner’s vocal talent and chart success.

“It’s embarrassing to follow her [onto the ‘Voice’ stage],” Blake joked of the audience’s enthusiasm for the “7 Rings” singer. “It exposes my lack of celebrity.”

As a longtime “huge fan of ‘The Voice’,” Ariana was humble about her possible advantages, but said she couldn’t wait for fans to see how her season 21 team comes together.

See more from this season in the video below. 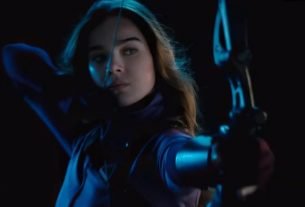 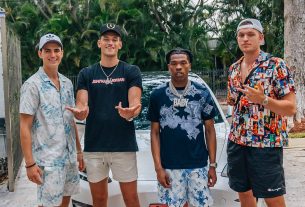