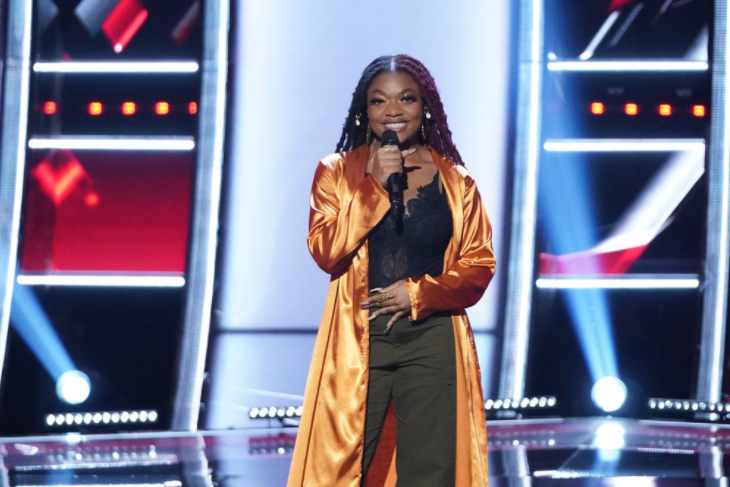 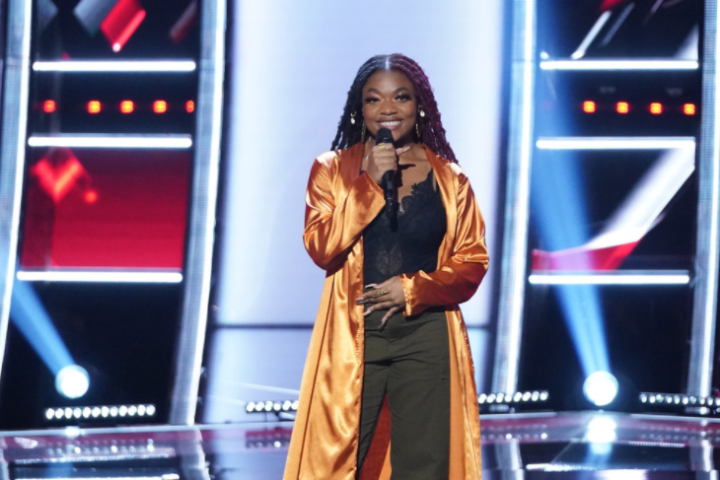 By Meredith B. Kile‍, ETOnline.com. 8 hours ago

Ariana Grande has almost filled her team roster for season 21 of “The Voice” — but she faced some shocking losses during Monday’s Blind Auditions!

The singer went all in on her love for Libianca, a 20-year-old singer from Minneapolis who grew up in Cameroon. Libianca wowed the coaches with her rendition of SZA’s “Good Days,” and Ari couldn’t stop gushing about how enamoured she was by the performer.

“I’m obsessed with you,” she raved. “I’m freaking out, I really hope you pick me. You’re so good, you’re so beautiful, I’m obsessed.”

When it came to Blake Shelton’s turn, the other coaches couldn’t help but laugh when he made his pitch, announcing, “I’m obviously the coach for you.”

However, when Libianca asked him to expand on that, Blake offered her a genuine, compelling answer, noting, “Yeah, I’m the country guy, but you know what? I’ve won this show with all different kinds of artists.”

“The coach and artist relationship is about whatever I can do that can help you be the best at whatever you want to be,” he continued. “That’s my job. I’d be honoured to be your coach.”

As Libianca weighed her options, she shared with the coaches, “I asked God to give me a sign, and somebody said something that gave me that sign.” Then she shocked the world and chose Team Blake!

Backstage with host Carson Daly, Libianca shared that it was Blake’s parting words that gave her the sign she was looking for. “I have a feeling that Blake is gonna be the one to really just help me do my thing,” she said.

Back on stage, the coaches were in disbelief. “God was speaking to our cowboy,” John Legend joked.

“What just happened?” Ariana marvelled. “I don’t understand. I can’t talk about it yet.”

With just two nights of Blind Auditions remaining, check out ET’s complete roundup of the season 21 team rosters and follow along with your favourites.

Ahead of season 21, John Kelly and Blake placed a target on Ariana’s back as the first-time coach this season — especially because so many of the show’s young singers idolize the two-time GRAMMY winner’s vocal talent and chart success.

“It’s embarrassing to follow her [onto the ‘Voice’ stage],” Blake joked of the audience’s enthusiasm for the “7 Rings” singer. “It exposes my lack of celebrity.”

As a longtime “huge fan of ‘The Voice’,” Ariana was humble about her possible advantages, but said she couldn’t wait for fans to see how her season 21 team comes together.

‘The Voice’: Ariana Grande Shows Off Her Celine Dion Impression

‘The Voice’: Ariana Grande Says ‘From Justin to Kelly’ Is a ‘Classic’ 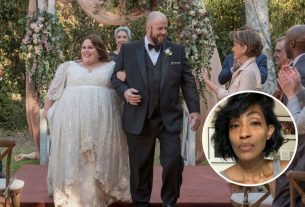