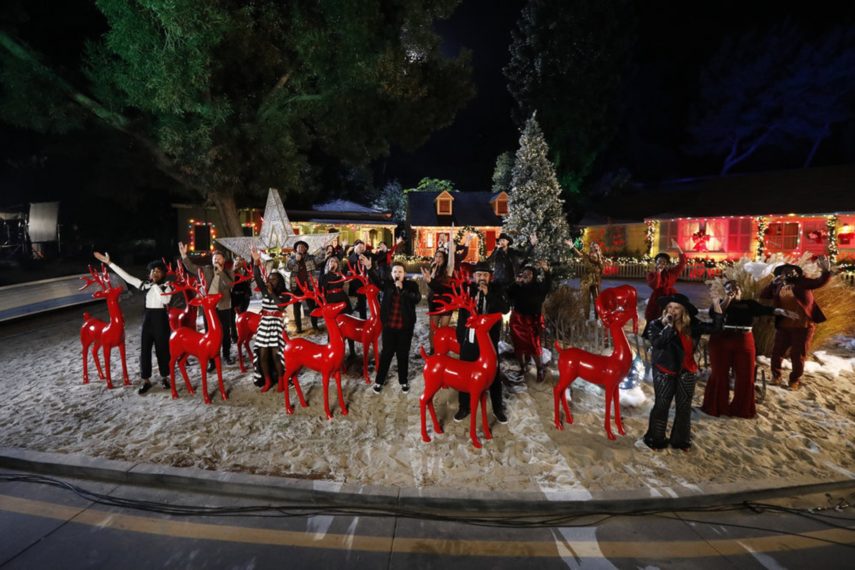 [Warning: The below contains MAJOR spoilers for Season 19, Episode 17 of The Voice, “Live Finale Part 2”]

The Voice‘s Season 19 Finale Part 2 will unveil a winner before the night is over — the contestants, of course, are Desz, John Holiday, Ian Flanigan, Jim Ranger, and Carter Rubin — but before the big news is announced, it’s party time.

Below is the blow by blow, so beware of spoilers!

Kicking off the evening are Season 19’s Top 20, who serenade viewers with the holiday classic “Rockin’ Around the Christmas Tree.” Then, gearing up for the night’s performances, coaches Kelly Clarkson, John Legend, Blake Shelton, and Gwen Stefani reflect on their team members’ journeys with host Carson Daly.

Next is a near-blur of performances beginning with Nelly and Florida Georgia Line’s Tyler Hubbard, who sing their collaborative tune, “Lil Bit.” Lewis Capaldi shows up to perform his hit “Before You Go,” and then 24KGoldn and Iann Dior entertain with “Mood.”

In a break between all-star performances, Team Kelly’s Desz prepares for the holidays with her coach by decorating trees on the show’s set and teasing their duet of “I’m Every Woman.” And then their song, a stunning rendition of Chaka Khan’s classic, brings the house down.

A break in the competition sees a silly segment in which John celebrates the benefits of the prop hand used to connect with his team members throughout the season. Then Lauren Daigle sobers things up when she enters the stage for a performance of her tune “You Say.”

Jason DeRulo then has an epic performance, singing two songs from his festively decorated home. Then two Johns — Legend and Holiday — almost steal the night with their rendition of Simon & Garfunkle’s “Bridge Over Troubled Water.”

Finally, it’s Team Blake’s turn for their duets. Shelton pulls double duty, first with Ian Flanigan on Willie Nelson’s “Mammas Don’t Let Your Babies Grow Up to Be Cowboys,” and then with Jim Ranger on Buck Owens and Dwight Yoakam’s “Streets of Bakersfield.” 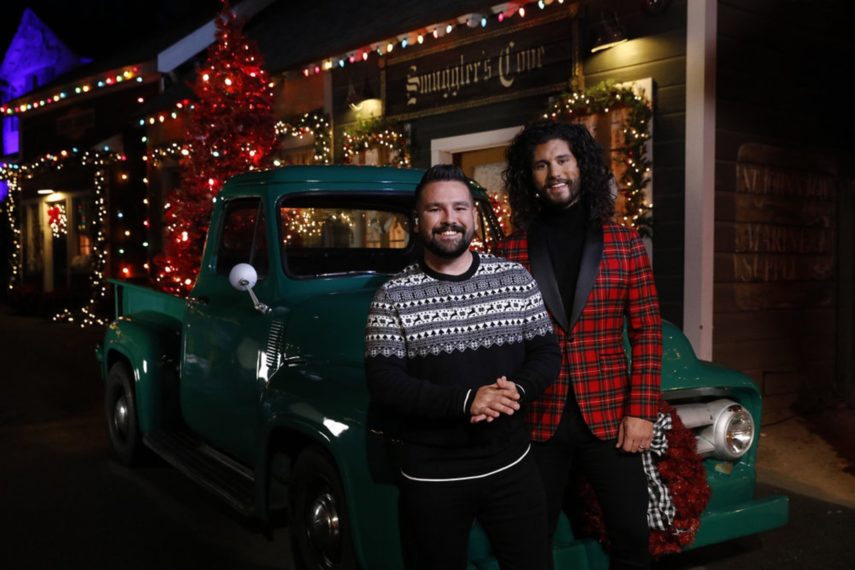 Before the season’s youngest contestant, Carter Rubin, wraps up the evening duets, the show welcomes back Season 19 advisor Julia Michaels with collaborator and real-life beau JP Saxe. They perform their hit “If the World Was Ending.”

Then comes Rubin, who wraps up the evening’s duets with his coach Gwen Stefani with her holiday song “You Make It Feel Like Christmas.”

Before the evening concludes, Keith Urban and P!nk perform their tune “One Too Many” with the help of some great projector technology.

And the winner is… Team Gwen’s Carter Rubin takes the top title, as Team Blake’s Jim Ranger settles for second.