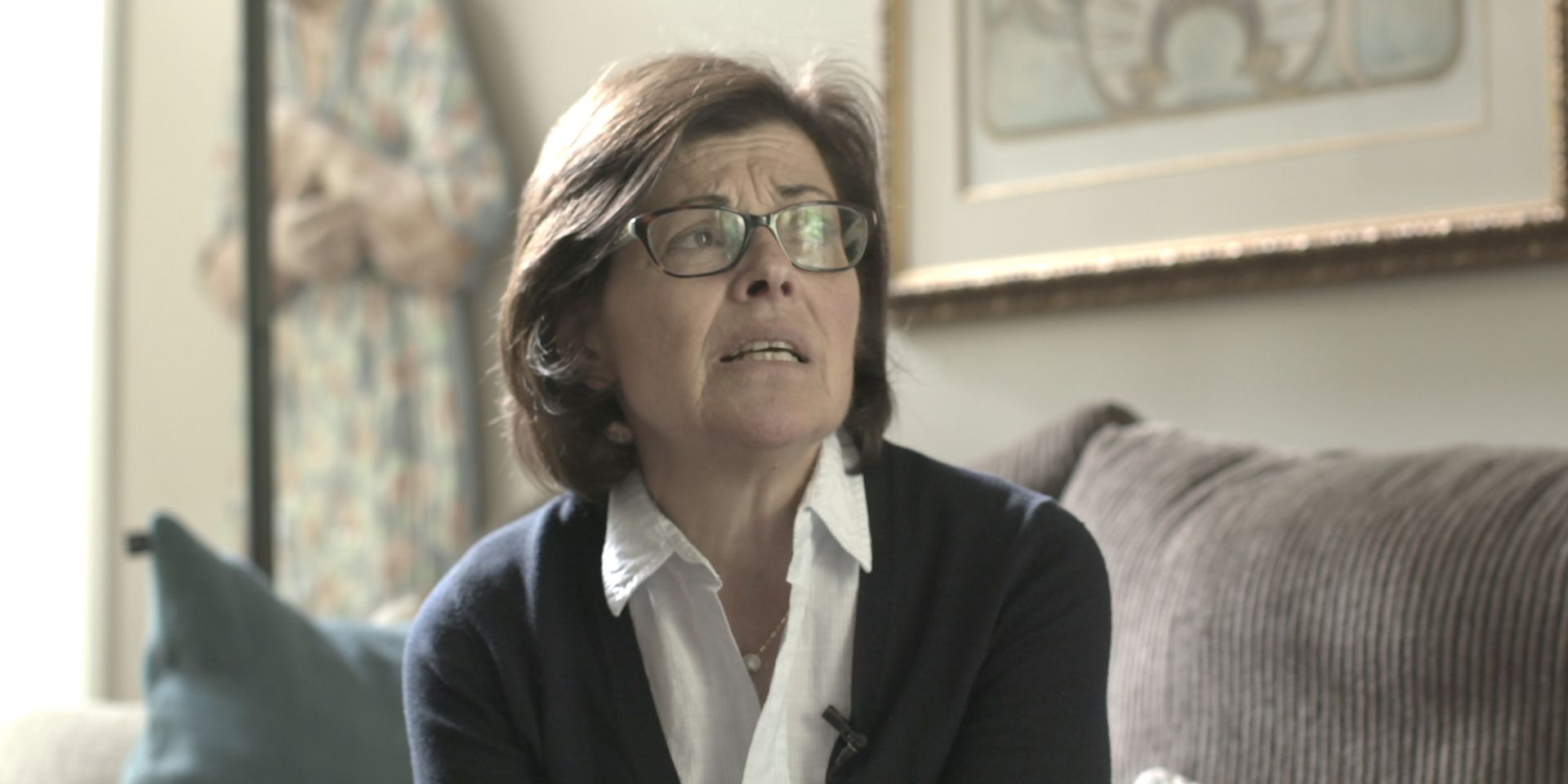 Two years on from its horrifying first season, The Vow, Part Two continues to chronicle the rise and fall of NXIVM, a cult-like organization based in upstate New York. The new episodes focus on the trial and sentencing of NXIVM leader Keith Raniere on charges of sex trafficking and forced labor. Part Two also offers new insight into the people who supported and enabled him—perhaps nobody more so than the group’s co-founder Nancy Salzman, who is interviewed extensively.

Here’s a guide to Salzman’s role in NXIVM, and what’s happened to her since the group’s crimes came to light.

Way back in the late 1990s, Salzman and Raniere collaborated on a life-coaching company called Executive Success Programs, which promised to help people to break free of “limiting beliefs” in order to achieve their dreams. The company was later rebranded as NXIVM.

Trained as a nurse and hypnotist, Salzman created much of the psychological framework that allowed NXIVM to recruit so many unwitting participants. Per Insider, she was featured heavily in the company’s video tutorials, which purported to teach people how to be more confident by “purging” themselves of limiting habits and beliefs.

Salzman also led Jness, a so-called women’s movement within NXIVM which claimed to “facilitate an ongoing exploration of what it means to be a woman.” But in fact, per The New York Times, Jness was a gateway through which many female members were indoctrinated, controlled, and sexually abused.

Salzman was known as Nxivm’s “Prefect.”

Although her official title at the company was President, the reality of her role was better reflected by the “Prefect” nickname, which essentially meant that she was second-in-command to Raniere, and both facilitated and furthered the abuse that he inflicted on women.

According to former NXIVM member Ivy Nevares, who wrote a letter to the court during Salzman’s trial, Salzman held a deeply “abusive role” within NXIVM as a coach and a teacher. Per The New York Times, Salzman wrote that after Raniere sexually assaulted Nevares, Salzman told her that she was “lucky” to have been singled out.

“As prefect, she had the second most powerful and exalted status: We bowed to her, we thanked her as a ritual at the end of every class and stood when she entered or exited a room,” Nevares continued. “But as a teacher, she was brutal and punishing, often using public humiliation and verbal abuse to quash dissent.”

“I don’t think NXIVM could have existed without Nancy Salzman,” former NXIVM executive board member Alejandro Betancourt told the Times in an interview. “Nancy was Keith’s enabler.”

Salzman was arrested in 2018 on racketeering charges.

In March of 2018, shortly after Raniere’s arrest, FBI agents raided Salzman’s house and seized a large amount of evidence including cash, data storage devices, and mobile phones. Four months later, Salzman was arrested on charges of conspiracy racketeering, as was her daughter Lauren, a fellow NXIVM leader.

The following year, Saltzman pleaded guilty to racketeering conspiracy, admitting that she had hacked into former members’ email inboxes, stolen their identities, and altered video footage in an effort to halt legal action against NXIVM.

“[Salzman] exalted Raniere’s teachings and ideology and demanded absolute commitment and deference” prosecutors said at her trial. “Raniere’s teachings, which Nancy Salzman helped to create and promote, were designed to maintain power and control over NXIVM members.”

Salzman has publicly distanced herself from Raniere.

In the run-up to Salzman’s trial, Raniere was sentenced to a remarkable 120 years in prison, and she made an effort to publicly denounce both him and NXIVM. Her lawyers wrote a letter to the judge claiming that she had been “fooled, controlled, humiliated, and ultimately led to engage in criminal conduct by an egotistical, self-important, sex fiend.”

At trial, Salzman herself made a statement to the court in which she acknowledged that Raniere had influenced her to “rationalize and overlook the wrongdoing around me… I apologize to everyone I hurt, intentionally and not. I don’t know that I can ever forgive myself.”

Following her guilty plea, Salzman was sentenced to 42 months in prison in September of 2021.

In The Vow, Part 2, Salzman continues to defend herself.

While she was under house arrest awaiting sentencing, Salzman sat for an extensive interview with Jehane Noujaim, who directed both seasons of The Vow. In the second episode of Part 2, which aired on Oct. 24, Salzman insisted that she had no knowledge of DOS, the so-called secret society within NXIVM which was used to seduce female members into being branded and giving up compromising information that was later used to blackmail them.

Towards the end of the episode, Salzman claimed that her daughter Lauren was tasked with telling her about the society’s existence. “She says to me, ‘Mom, I don’t want you to be upset. It’s nothing bad,’” Salzman said, adding that Lauren had described DOS as “a secret organization – it’s like a sorority.”

When she asked Raniere about DOS, Salzman said that he told her “it was the women’s idea,” not his. “I was so angry at these women. It seemed like they were just very thoughtless, about how what they were doing was going to affect everything I’d worked for.”

Salzman continued to talk about that sense of anger, drawing a distinction between NXIVM and the activities within DOS. “The sex cult was DOS – it was over here,” she said, gesturing to her right side. “It was Keith’s thing. My company didn’t need to be destroyed. But it was. I spent twenty years trying to make the world a better place, and this is where I ended up.”

Salzman is currently serving her sentence at the Federal Correctional Institution, Hazelton in West Virginia. She’s scheduled for release in December 2024.

Emma Dibdin is a freelance writer based in Los Angeles who writes about culture, mental health, and true crime. She loves owls, hates cilantro, and can find the queer subtext in literally anything.

The Best Watches at the Olympics