Like so many contemporary Black artists, the photographer Dawoud Bey has had exhibitions and recognition over the years, but nothing like the exposure and attention he’s gotten just recently. Although a MacArthur Fellowship in 2017 was a key marker, Bey’s steady rise has been accelerated by an overdue awakening to the history and vitality of  Black art. “An American Project,” a retrospective of work from the past four decades, moved from the San Francisco Museum of Modern Art to the Whitney Museum in April, just across town from “Grief and Grievance: Art and Mourning in America” at the New Museum, where the paired portraits of Bey’s commemorative “Birmingham Project” have an especially powerful presence.

© COURTESY OF THE ARTIST AND MACK.

From the beginning, in the 1970s, portraiture has been Bey’s prime concern. The photograph here, “A Girl With a Knife Nosepin,” is from Bey’s most recent book, Street Portraits (Mack). Like more than half of the pictures in the book, it was made in Brooklyn, where Bey was living in the late 1980s and ‘90s. Most of the book’s other portraits were shot around the same time in Harlem, where he had made his earliest exhibited work; his first solo show was at Harlem’s Studio Museum in 1979.

Asked to comment on one of those early portraits in New York magazine, Bey said he was “largely self-educated” at the time, and under the influence of James Van Der Zee, Roy DeCarava, and Irving Penn, none of whom had prepared him to go up to someone on the street and take their photo. When he finally did, he realized that asking, “Do you mind if I make a picture of you?” was also a way of saying, “Do you mind if I affirm your presence?” Even if only for a moment, that exchange also affirmed an unspoken bond, and the resulting image is suffused with empathy and understanding.

As critic and musician Greg Tate writes in an afterword to Street Portraits, Bey’s work has always been about “the everyday beauty of the Black community.” But his book is not so much a celebration as an acknowledgment. The modest, matter-of-fact quality of Bey’s approach is mirrored by his subjects; they’re not on stage, they’re at home. He stands closer to the girl with the knife nosepin than he does most of his other subjects, but she doesn’t flinch. Sporting a headwrap and a beaded necklace, she gives Bey a searching look, part challenge, part invitation. She’s ready to snap or laugh or break into song.

Vince Aletti is a photography critic and curator. He has been living and working in New York since 1967. A contributor to “Aperture”, “Artforum”, “Apartamento” and “Photograph”, he co-wrote “Avedon Fashion 1944-2000”, published by Harry N. Abrams in 2009, and is the author of  “Issues: A History of Photography in Fashion Magazines”, published by Phaidon in 2019. 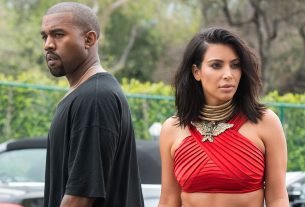 Diet to Enhance Your Sexual Appetite: Foods to Consume & Avoid 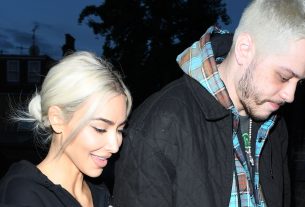