Eamonn Holmes’ wife left This Morning viewers seething as she announced who had left last night’s Strictly Come Dancing without any warning.

Ruth Langsford and Eamonn, both 58, addressed ITV viewers after Strictly star Vick Hope presented a slot for the show.

Ruth exclaimed: “Ahh poor Vick, it was a shame that she left.”

Fans immediately took to Twitter to blast the star for dropping the info.

“Thanks Ruth for literally dropping a Strictly spoiler out of nowhere ”

While another added: “Thanks @ruthlangsford for literally dropping a @bbcstrictly spoiler out of nowhere before I actually catch up on this weekend’s show!”

Radio host Vick, 29, left Strictly on Sunday with her partner Graziano Di Prima after they were in the bottom two with Seann Walsh and Katya Jones.

However, the judges opted to save Seann and Katya – leaving Vick to go home.

Eamonn and Ruth are currently filling in on This Morning while it’s half term.

However, Holly Willoughby won’t be returning with Phillip Schofield next week as she’s headed off to the Australian jungle to co-host I’m A Celebrity… Get Me Out of Here! with Declan Donnelly.

Rochelle Humes is filling in for Holly, 37, while she is away.

Hopefully fans will be able to manage without the blonde bombshell for a few weeks.

This Morning airs weekdays on ITV at 10:30am. 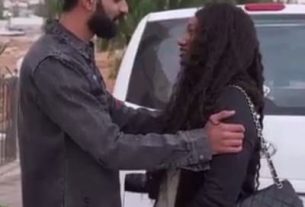