How does that famous quote go? One small step for man, one giant leap for…triple axis tourbillons? On April 8th, the first mission to space featuring an all-private crew took off from NASA’s Kennedy Space Center in Florida. A fitting cabin mate for the handsomely paying AX-1 crew: a luxury watch from rapper-beloved midtown jeweler Jacob & Co. The watchmaker, together with the retailer Bucherer and Sotheby’s, hatched the plan to launch the brand’s Astronomia watch into “the unmapped vastness of space,” according to a press release. One question, to start: Why go through all the trouble to send a watch on a voyage that barely more than 600 people have ever made?

Because, at auction, a watch is never just a watch. Its value is determined by a Pollockian spray of factors: its scarcity, its condition, whether it has official documentation, who owned it, and so on. But in the absence of provenance organically developed over decades, watch companies have sought out creative ways to imbue pieces with at least a touch of this value-adding magic. In 2019, IWC sent a watch to hang out with Bradley Cooper at the Oscars, then immediately turned around and put the piece up for auction. (Imagine owning the watch that had a front row seat to that performance of “Shallow”—that’s history right there.)

A single night at the Oscars with a friendly ambassador is one thing. Arranging for a watch to hurtle through the, well, “unmapped vastness of space” is something else entirely. Space, of course, presents its own unique challenges to a watch, like extreme changes in gravity. But this only gives the Astronomia more bragging rights. Crew member Eytan Stibbe, who wore the watch, reported that its mechanics held up even in these conditions. It is described in a press release as “the first triple axis tourbillon to leave the Earth’s atmosphere.”

Sotheby’s is familiar with the price-boosting effects of space. The auction house has ridden auctions of well-traveled Omega Speedmasters (famously, the official watch of NASA) and former astronauts’ watches to massive sales. Space, famously, is now a playground for the superrich—and, presumably, also the slightly less rich, who can’t front the $55 million it costs to go on a private mission but might settle for a watch that did. “More than fifty years have passed since the first successful human spaceflight and in that time only a select few have earned the privilege of seeing Earth from outer space, making the feat of ‘collecting Space’ one of the fastest growing sectors in our market,” said Janet Tham, Sotheby’s watch specialist. Consequently, watch brands are eager to make it so space. In addition to Omega and this Jacob & Co., IWC also designed pieces for the Inspiration4 mission that made it to orbit in September of last year.

Jacob & Co.’s Astronomia line was always destined for the outer bounds of earth’s atmosphere. The watch, which Jacob & Co. makes in rose and white gold or dressed up with diamonds, features a space-like view: a moon-shaped diamond and an orb painted like the earth rotate around the Astronomia’s dial.

Despite the on-theme design and its newfound provenance, the watch’s value at auction stayed relatively earthbound. Sotheby’s reports that over 20 bidders were in on the watch, with a final sale price of $441,000. In a vacuum, that’s a ton of money—though it’s worth pointing out that Jacob & Co. watches eclipse that figure regularly. In 2015, when Jacob & Co. released a rose-gold version of the Astronomia, it set the retail price at about $548,000, according to ABlogtoWatch.

So, what gives? It could simply be a case of bad timing—prices for even the most coveted watches are currently flagging. Or this could be a bigger declaration about what collectors want out of their auction pieces. When it comes to watches, maybe not all space missions are created equal. 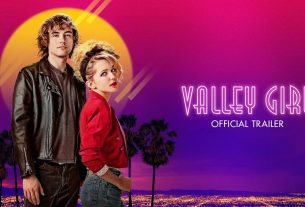 All the Early New Movie Releases You Can Stream Right Now 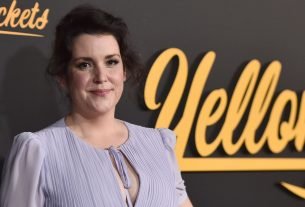