Today in Feminist History is our daily recap of the major milestones and minor advancements that shaped women’s history in the U.S.—from suffrage to Shirley Chisholm and beyond. These posts were written by, and are presented in homage to, our late staff historian and archivist, David Dismore.

October 22, 1915: The rapidly rising tide of support for woman suffrage will make tomorrow’s parade down New York’s Fifth Avenue even more spectacular than any before it if most of the 47,230 people who have signed pledges to march take part.

That stunning number was released today by organizers, and it means that the incredible growth of suffrage parades continues.

On February 16, 1908, it was big news when two dozen members of the Progressive Woman Suffrage Union defied propriety—and police—by marching down Broadway in the city’s first unofficial suffrage parade. Two years later, Harriot Stanton Blatch, head of what was then called the Equality League of Self-Supporting Women, called for another march, despite the opposition of more conservative suffragists who warned that such a spectacle would “set suffrage back 50 years.” This time 400 women, carrying numerous banners, were applauded by several thousand spectators.

The 1910 event generated such huge amounts of favorable publicity that it was decided to have a march every year, and soon even those who had been the most skeptical in the beginning were now taking part. In 1911, four thousand marched, and then the number jumped to somewhere between fifteen and twenty thousand in 1912.

A 1913 march in Washington, D.C., was a true milestone event—even if repeatedly disrupted by rowdy crowds—and in New York, thirty thousand marched down Fifth Avenue that year. By last year there were coordinated marches all across the country, with the total number of participants as uncountable as the newspaper and magazine articles generated.

But while big suffrage parades have now become a tradition, there has never been anything quite like this, and there will be non-stop activity at all the suffrage groups’ headquarters until sometime tomorrow night when the last marcher finishes the route. It’s not just a matter of getting a lot of people to walk down a street. What’s hard is to get them to march in an organizational, geographic or occupational group, and in some occupational groups, in a costume symbolizing it. There are also large banners still being made, floats being decorated, bands rehearsing and automobiles being tuned.

Of course, one dignitary who won’t be riding in an automobile will be 68-year-old Reverend Anna Howard Shaw, head of the National American Woman Suffrage Association. She insists on walking the entire length of the route, and N.A.W.S.A. will be providing a band to precede her. New Jersey suffragists will be there, too, with a banner commenting on the suffrage referendum’s loss there on Tuesday: “NEW JERSEY—DELAYED BUT NOT DEFEATED.”

According to a statement issued today by Lillian Feickert, President of the New Jersey Woman Suffrage Association:

“We are proud of our success. We received 140,000 votes in a fight against a corrupt political machine. To have lost by only 25,000 votes is not a bad defeat for women with a small organization and little money to carry on their campaign.”

Since New York is only one of three States which will have suffrage referenda on the ballot on November 2, there is plenty of activity elsewhere as well. The “Women’s Liberty Bell” (also known as the “Justice Bell”) arrived in Philadelphia this evening. It was welcomed to Broad Street by eight thousand torch-bearing suffrage supporters and about a hundred thousand spectators after its 4,000-mile tour around the State in its own specially reinforced truck. There was a mass meeting in the Academy of Music after the procession, and when every seat in the hall was filled, five thousand who couldn’t be admitted became the audience for the overflow meeting.

As much enthusiasm as there is regarding the three suffrage campaigns in New York, Pennsylvania and Massachusetts, there is other work going on as well. In Washington. D.C., the Congressional Union for Woman Suffrage announced that the Susan B. Anthony (woman suffrage) Amendment would be re-introduced in Congress on December 6. Representative Frank Mondell, Republican of Wyoming, and Senator George Sutherland, Republican of Utah, will do the honors. Senator Sutherland seemed especially supportive:

“I shall urge the Senate Committee on Suffrage, of which I am a member, to give a speedy hearing on the resolution which I will introduce. I shall press for action on a vote in the Senate. The matter should be disposed of as early as possible. The suffrage resolution received a majority vote in the last Congress. It will receive more the next time. It is just as absurd to debar women from the ballot box as it would be to disenfranchise all the red-headed, or all the people beyond a certain line. It is urged that giving the ballot to woman will destroy her charm and femininity; that she will develop unattractive masculine traits. These are new words set to a very old tune. The same thing was used against the new woman a hundred years ago when she demanded an equal opportunity for education.”

Though New York City’s big event is tomorrow, the mass meeting in Carnegie Hall this evening was quite impressive in and of itself. Presided over by Carrie Chapman Catt, it included such notables as the city’s youthful mayor, 35-year-old John Mitchel, Reverend Anna Howard Shaw, and Senator William Borah, Republican of Idaho, where women won the vote in 1896.

Mayor Mitchel was optimistic about the prospects on November 2, opening with:

“I believe I can congratulate the women of this State tonight on their prospects for success.”

He concluded by saying:

“Those who say the women won’t vote cannot have lived in a State where they do vote. I have known women to travel miles to a political meeting. Politicians know they will vote and vote intelligently.”

Reverend Shaw drew many a laugh by reading some of the more extravagant claims in anti-suffrage literature. Then on a serious note, she said that though she expected victory:

“If we lose in this State we will still be the victors. We have discovered our power; we know now our force and know ourselves as never before. This campaign has done more to fit us for the vote than twenty years of voting.”

Now it’s on to tomorrow’s crucial event in the New York campaign, one which could make our victory even more likely if all goes well. 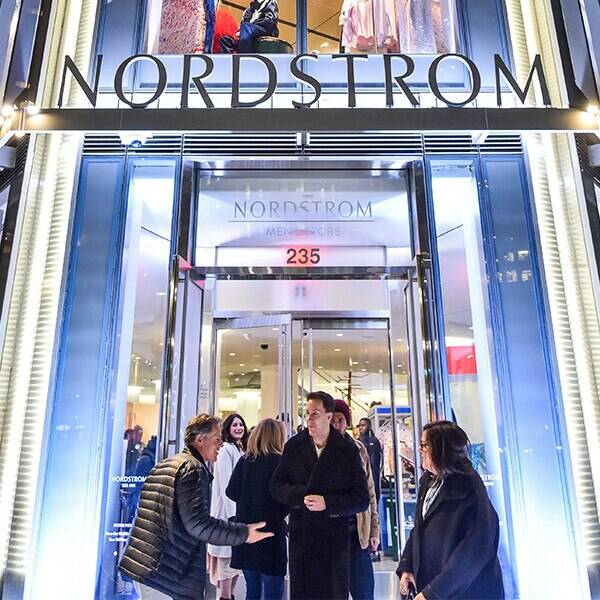 Nordstrom Half-Yearly Sale 2019: Your Guide to the Best Deals