It’s a good time to be Trae Young. The Atlanta Hawks’ star point guard is entering his fourth season in the league fresh off of a star-making playoffs run that saw him take his young, scrappy team to the Eastern Conference Finals—and piss off a whole lot of people (mostly Knicks fans) in the process. On the court, Young evolved from high-volume scorer to straight-up problem, shattering the collective psyche of a fandom in round one and that of a top-ranked team in the second. He was left off Team USA’s Olympic roster, but that’s just another chip to add to the pile on his shoulder—and who needs Olympic gold when the WWE comes calling? This summer he returned to Madison Square Garden for the first time since the playoffs, this time for a Smackdown taping, his entrance music drowned out by boos as the NBA’s newest villain teamed up with the bad guys and beat up Rey Mysterio.

The good vibes didn’t end there. Last week the Adidas athlete officially revealed his first signature sneaker, the Trae Young 1. The shoes were soft-launched during that now-legendary playoffs run, but this reveal made the debut official, revealing five launch colorways that tie to Atlanta and “Ice” Trae’s cool reputation on court. From an appropriately-colored homage to Peachtree Street to two collaborations with Southern hip-hop icon Jermaine Dupri’s SO SO DEF label, the ties to the city run deep. It’s a statement from an athlete quickly becoming one of the signature figures in Atlanta’s vibrant culture.

Young sat down with GQ to discuss his breakout year, the Trae Young 1, and just how he found himself beating up Rey Mysterio at a WWE show.

GQ: You spent your first few years in the league as one of the only guys who regularly played in the laceless adidas N3XT L3V3L. What was it about that shoe that suited your game and style of play?

Trae Young: It was so different. My whole motto is “Be different,” and nobody was wearing those. I just wanted to stand out. I wanted to make sure I could actually play in them for sure, but once I realized they were helping me do well I stuck with it. I wanted to help make it a big shoe—and eventually more people started playing in it.

Your first signature shoe comes in a pretty minimally designed box, but it has a quote from you on the top: “Always remember when they doubted you.” You’ve also got “Always Remember” tattooed on your arm, too. What does that mean to you and why was this the message you wanted on your first signature kicks?

For me, it means a lot of different things. I put it on there because I always remember what people said—what they said about me coming into the Draft, you know, things like that. But also, I remember my father and my grandfather. [My grandfather] passed away when I was ten. So that’s what it’s about to me. There’s a lot more behind it but it always comes back to that.

Your first round of colorways draw really heavily from Atlanta and the city’s culture. They go pretty deep, with one of the So So Dope colorways referring to a specific billboard in the city that locals will immediately recognize. Is there a specific detail that stands out as your favorite?

Man, I don’t know if there’s one. I love the Peachtree shoes because of the detailing on the tongue and the insole, which obviously refers to Peachtree Street. And then the other shoe has peaches on it in the same spot. I love that, and I like the peachy color.

What’s it been like becoming someone who’s so closely associated with Atlanta while not being a native and still having really strong ties to your hometown in Oklahoma?

It’s definitely a new feeling. I grew up in Oklahoma since I was four years old and didn’t leave until I was nineteen. Spending fifteen years there, you know, that’s most of my life. It’s always going to be home for me. But coming to Atlanta and going on year four, it feels like home. The way the city embraced me, the love I get out here from the fans, I definitely feel it. I always tell people I have two homes at heart: Oklahoma and Atlanta.

Do you think we’re eventually going to get some Oklahoma colorways to go with the Atlanta ones?

Oh, for sure. I wanna do a whole bunch of different things with them, honestly. I think it was only right that I did a whole bunch for Atlanta for the first shoe. But as I get older and get more I definitely want to tie it back to Oklahoma.

We recently found out that the Hawks are locked in for Christmas Day at Madison Square Garden. You got something of a sneak preview of what that reception is going to be like recently when you showed up at a WWE Smackdown taping at the Garden. How’d your pro wrestling debut end up coming together?

[Laughs] They wanted me to come out, show some “love” to the crowd, and just have some fun. It was such a cool idea. I was a fan when I was a kid and my little brother watched it a bit, so he told me I had to do it when they called. The fans weren’t too happy to see me but it was a cool experience.

Your fellow Adidas athlete Damian Lillard has collaborated with Ric Flair and Stone Cold Steve Austin on some of his kicks. If you had to shoot your shot right now, who would you ask to be your tag team partner on a sneaker colorway? 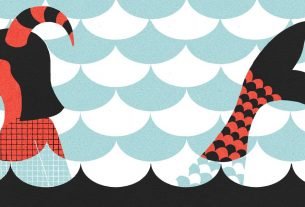 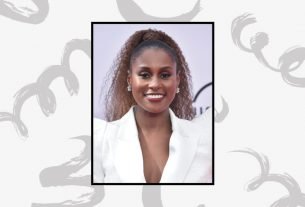