New images from the set of Transformers: Rise of the Beasts give fans a sneak peek at both the Autobots and the Terrorcons. Directed by Steven Caple Jr., the upcoming movie is scheduled for release in the summer of 2022. Taking to Instagram, Caple posted two new photos from the set to announce that “the squad is out,” showcasing a group of Autobots in one photo and Terrorcons in another. It’s amazing to see, and you can check it out for yourself below.

Serving as a direct sequel to Bumblebee, Transformers: Rise of the Beasts is written by Darnell Metayer and Josh Peters based on a story by Joby Harold. Set in 1994, it will follow an archaeologist couple from Brooklyn who wind up in the middle of a conflict between three different factions of Transformers: the Maximals, the Predacons, and the Terrorcons. Anthony Ramos and Dominique Fishback star with Peter Cullen voicing Optimus Prime.

RELATED: Autobots and Maximals Collide in New Transformers: Rise of the Beasts Logo

“I want to discover more about Optimus Prime, get underneath the surface – get underneath the metal, if you would – and explore who he is and his experience on Earth,” Caple said of his plans for Transformers: Rise of the Beasts at Paramount’s virtual event over the summer. “The Predacons in our film are more reptilian in nature. We’ve seen a few in other Transformers films, but [in the new film], we get to see another side of them. It’s all about building a backstory to these characters, and we’ll see that more on the Predacon and Terracon side.”

It’s also expected that Transformers: Rise of the Beasts will draw from the original Beast Wars cartoon series for inspiration. In that show, the focus was more on robots could wholuc transform themselves into animals rather than traditional vehicles. Steven Caple Jr. comes into this project as a big fan of Beast Wars, which was one of the first animated shows to use CGI over traditional 2-D animation. Looking back at this series is also a way to inject something new into the live-action movies by delving into new territory.

This will be the seventh of the live-action Transformers movies. The first was released in 2007, and there have consistently been new sequels developed in the years since. After 2017’s Transformers: The Last Knight, the series switched gears with 2018’s Bumblebee, a spinoff movie with the titular character in the central role. It was a big hit at the box office so there’s no reason that Paramount wouldn’t keep the series going, leading to Rise of the Beasts.

Transformers: Rise of the Beasts is set to be released in movie theaters on June 24, 2022. Let’s hope more sneak peeks are soon on the way from Steven Caple Jr. 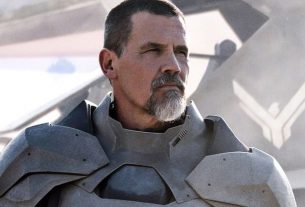 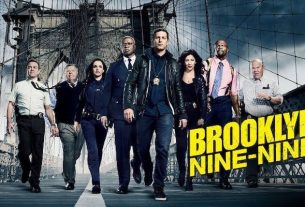 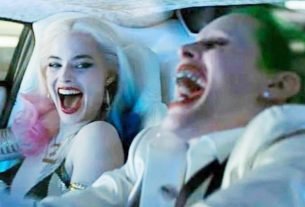