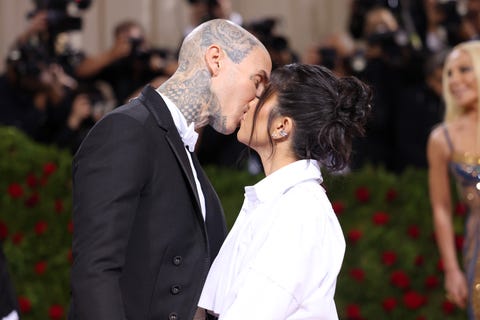 Travis Barker isn’t holding back when it comes to labeling what his fiancée Kourtney Kardashian is to him: She is the One. The greatest love story he’s ever had. The woman who changed everything.

As he tells Vanity Fair in a new interview, before he started dating her, “[I was] fine with just being single the rest of my life and being a studio rat,” he said. But she expanded his world: “My kids are healthy. I love my career. I found the love of my life. She’s cured me. It feels like I’m living again.”

He added that while the two have shown some of their life on The Kardashians, Kardashian’s family’s new reality series on Hulu, they are careful about what they do and don’t let cameras catch. “I told her, ‘I never want to jeopardize what we have because it is sacred,’” he said. “So I’m very protective of it.”

Kardashian and Barker have generally been very public about their romance of over a year. They’ve made out on the Oscars, Met Gala, and Grammys red carpets. Kardashian spoke to ELLE.com recently about why she doesn’t have any issue showing so much PDA with her future husband.

Travis Barker and Kourtney Kardashian kissing at the Met Gala

“I think that Travis looks at life in a really special way. Like no one that I’ve known, to where like it’s as if nobody exists,” Kardashian said.

Kissing him in public has helped her be more in the now. “I can get more shy, but like, it’s helped me so much to be present and pretend like no one else is there,” she said. “And we’ll be like just in the room with people and they’ll say, my mom does it all the time, she’ll be like, ‘Can you guys just gimme a second? Like, can you just stop for one second and talk to me?’ But it’s a really cool thing. And it really helps me stay in the present and like focus on what’s important.” 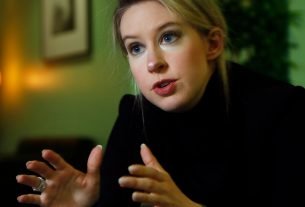 What Happened to Elizabeth Holmes, the Subject of Hulu’s The Dropout?