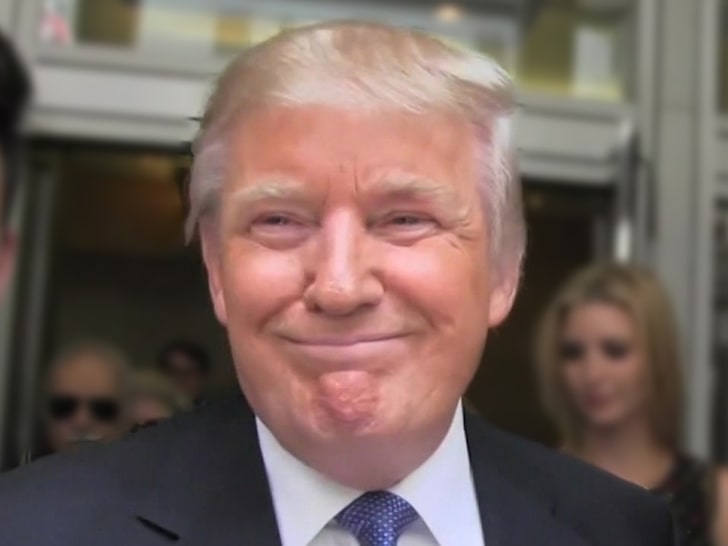 1:36 PM PT — Senate Minority Leader Mitch McConnell just went scorched earth on former President Trump, saying he WAS responsible for the U.S. Capitol riot and abandoned his duties as POTUS … but defended his decision to vote not guilty, all over what he considers a technicality in the process.

McConnell addressed the Senate floor after the votes were cast, and said what Trump had done on Jan 6. was disgraceful and a big part of why what happened did. So why didn’t he vote to convict then??? In McConnell’s eyes, he (and the Senate at large) didn’t have the constitutional power to do so … and he wasn’t about to buck that restriction just to send a message. 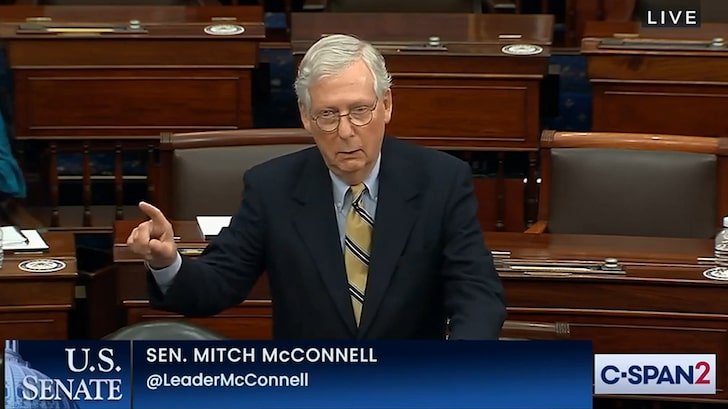 He argued that the Constitution does not allow for former U.S. officers (like ex-presidents) to be convicted by the U.S. Senate — and because of that, Trump doesn’t qualify for punishment after the fact. That interpretation of the Constitution is up for debate, but his mind was made up … as were the minds of several other GOP Senators, it seems.

There’s also been chatter that McConnell could’ve called the trial sooner (before Trump left office) as he was in control of the schedule at the time. McConnell addressed that too … only saying that it was virtually impossible to get it started any sooner than they did.

One last thing … McConnell seemed to allude to the idea that Trump could still face punishment for Jan. 6 — but that it would have to happen outside of Congress. He discussed possible criminal prosecution and/or civil litigation, and suggested those would be better vehicles and venues for pursuing justice against Trump

Donald Trump will not have to answer for the mob that stormed the U.S. Capitol — he’s been acquitted during his latest impeachment trial … and thus, can run for federal office again.

The final vote came in Saturday, with a tally of 57 guilty votes to 43 not guilty votes for one article of impeachment — namely, inciting an insurrection against the U.S. government. There needed to be a 2/3 majority to convict, but fell well below that … closer to 57%. 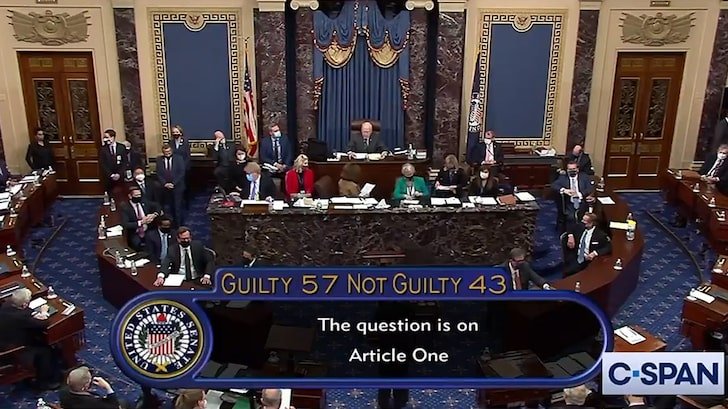 The votes were mostly cast along party lines — a majority of Dems voted guilty, and plenty of Republicans held strong on not guilty. There were, however, a few exceptions for the latter group … including Senators Collins, Burr, Cassidy, Romney, Murkowski, Sasse and Toomey.

Senators Burr and Cassidy came as surprises, as they seemed to be firmly in Trump’s camp — but appear to have had a change of heart during the proceedings, which ended up being a wild ride … full of viral moments, mockery, jokes (mostly at Trump’s team’s expense). 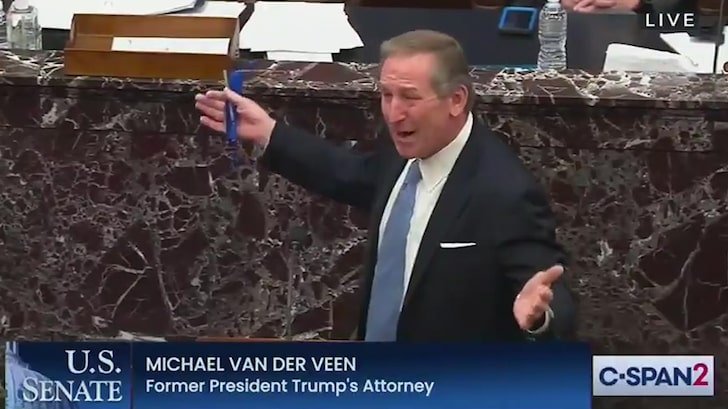 The trial lasted less than a week — things kicked off Tuesday with opening arguments … and evidence was presented on both sides in favor and against conviction. Democratic House leaders had strong presentations, which documented everything from Jan. 6 and even before … in terms of the former President riling up his base and inviting them to D.C. 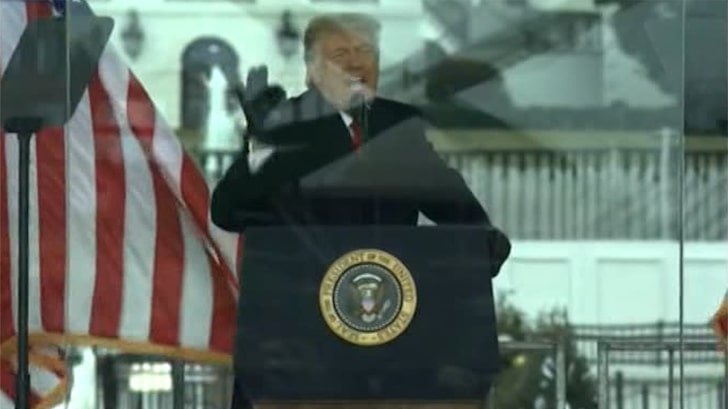 Of course, there’s the bombshell video of him on stage on the day of … where he told them to “fight like hell” and to march toward the Capitol to let Congress know how dissatisfied they were with the certification process that was underway. It seemed clear that he was at least, in part, responsible for unleashing them and their fury — but enough Senators disagreed. 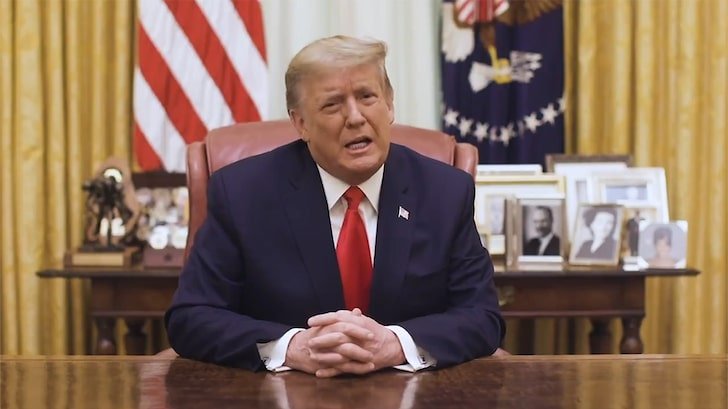 Trump was slow to publicly call on his supporters to stop, and even when he finally did … he was light on them, saying stuff like “we love you” and almost excusing the behavior. Eventually, after much backlash, he came out and condemned the riot and violence.

He came out with a new statement shortly after the results came down … and would you believe — he called it a “witch hunt” again! Trump says … “This has been yet another phase of the greatest witch hunt in the history of our Country. No president has ever gone through anything like it, and it continues because our opponents cannot forget the almost 75 million people, the highest number ever for a sitting president, who voted for us just a few short months ago.”

He adds, “I also want to convey my gratitude to the millions of decent, hardworking, law-abiding, God-and-Country loving citizens who have bravely supported these important principles in these very difficult and challenging times.”

Now that he’s been acquitted (twice), the lane is clear for Trump to make another presidential run if he wants to. To be continued … 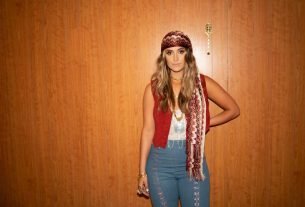 Exclusive: Lainey Wilson on her album ‘Sayin’ What I’m Thinkin’ 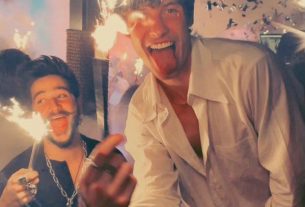 Camilo teams up with Shawn Mendes On New ‘KESI’ Remix