The pop beauty, who was a judge on The X Factor from 2011 until 2012, has re-signed with All Around The World – the same record label who helped turn N-Dubz into superstars.

The move will see Tulisa, 30, release four singles over the next 12 months which will be her first original tracks since her 2015 offering Living Without You.

A source told Daily Star Online: “Tulisa has signed a four single deal with All Around The World.

“The deal means she is back with the same people who masterminded her debut single Young and guided N-Dubz to UK domination.

“All four tracks are expected to be released later this year – the music is genuinely incredible.”

Tulisa first shot to fame alongside Dappy and Fazer in 2000 as part of BRIT and MOBO nominated group N-Dubz.

After landing eight top 40 hits, the group split in 2011 to focus on their solo careers.

COMEBACK KID: The music will be Tulisa’s first in years (Pic: GETTY)

Her second and third singles Live It Up and Sight of You peaked at 11 and 18 retrospectively.

However, despite the initial success, Tulisa’s time in the spotlight hasn’t been easy.

The Female Boss was left battling to get her career on the straight and narrow after falling victim to a drugs sting operation by notorious undercover journalist Mazher Mahmood.

Mahmood claimed Tulisa brokered a deal through her friend Mike GLC to supply Class A drugs while he was posing as a wealthy film producer called Samir Khan.

COMEBACK: Tulisa has had a rocky time in the media spotlight (Pic: INSTAGRAM)

During a highly documented trial, the court heard how the 53-year-old ‘Fake Sheikh’ tampered with evidence which later resulted in him being sentenced to 15 months behind bars.

Tulisa always fiercely denied the charges against her but spoke frankly about the ordeal in her BBC Three documentary Tulisa: The Price of Fame.

In raw footage the starlet can be seen speaking on the steps of Southwark Crown Court moments after the charges were dropped and the case against her collapsed.

“This whole case was a horrific and disgusting entrapment by Mazher Mahmood.”

Since then Tulisa has been noticeably absent from the showbiz circuit apart from a handful of red carpet appearances here and there.

Simon Cowell offered her lifeline by inviting her to appear twice as a guest judge on The X Factor.

First Tulisa joined Louis Walsh at the 2014 Judges Houses’ and then a few months later at the live final to stand in for judge Mel B.

In 2016, the British beauty released a cover of noughties classic Sweet Like Chocolate featuring Akelle. 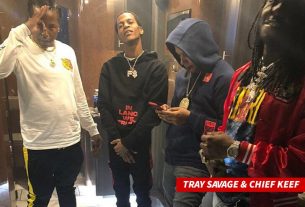 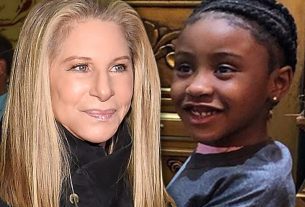