The underwear as outerwear trend is huge this year.

Celebrities and influencers have been loving wearing lingerie outside of house – and we can’t get enough of their looks.

Reality TV stars and recording artists are among those to try the craze.

So would you be brave enough to try it?

Love Island babes Samira Mighty and Zara McDermott are among those to try the trend.

Both beauties are fans of wearing lace bodies outdoors.

When Sam was on the ITV2 reality show last year, she wore a black bodysuit with a pair of trousers.

She also rocked a similar look recently, dazzling her fans in a sheer red top.

Zara McDermott wore a lookalike garment as she posed outdoors in Brentwood, Essex.

The TV star paired the bodysuit with a pair of ripped jeans, giving the lingerie a more casual feel.

The former wore a red bodysuit with a pair of tracksuit bottoms.

She styled the smart-casual look with chunky trainers and gold jewellery.

Due to its plunging nature, the lace bra emphasised her eye-popping curves.

Jesy Nelson is another celebrity to wear underwear as outerwear.

The Little Mix singer opted for a floral bra top with mesh detailing.

She styled the lingerie with a pair of casual mom jeans and a chunky green belt.

Chanel jewellery finished off the look with a flourish.

How To Make Working Remotely Work For You 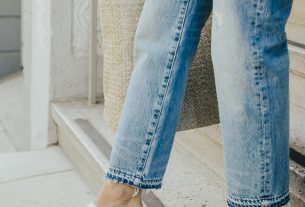 What to Do if COVID Has Changed Your Income