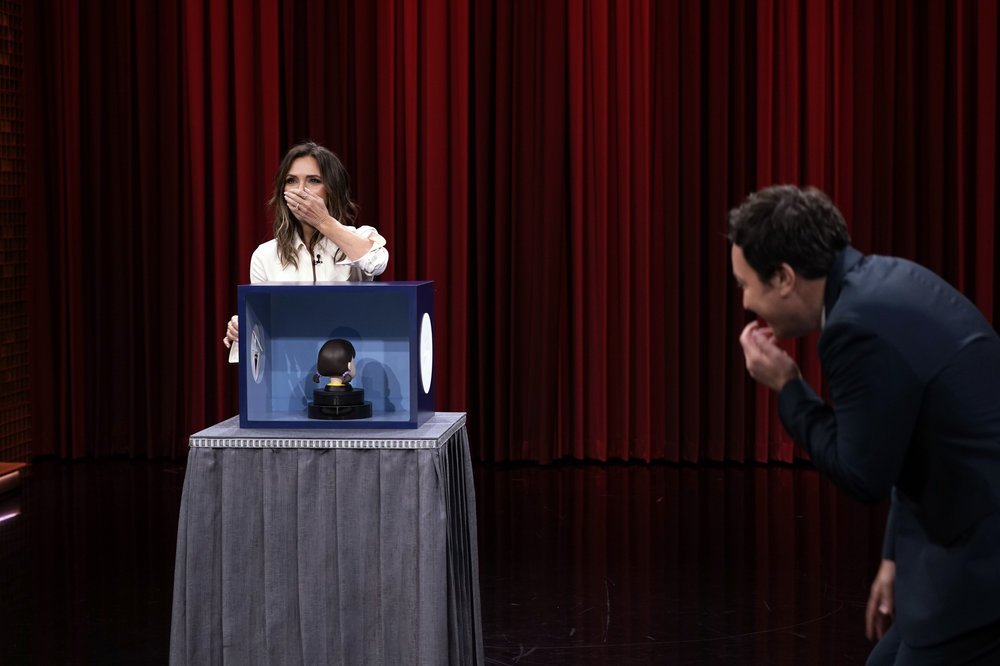 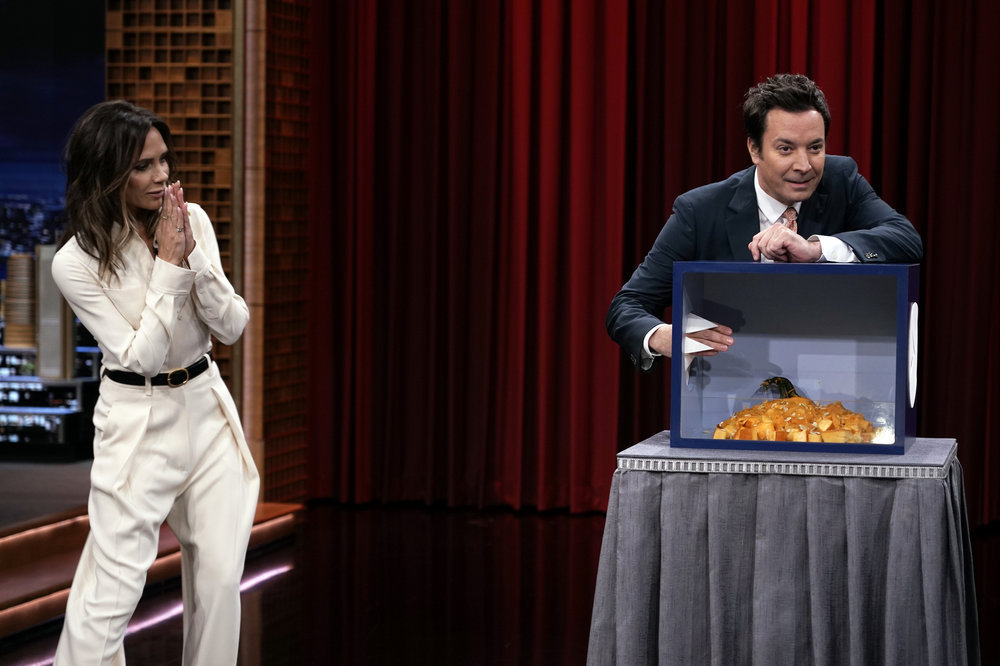 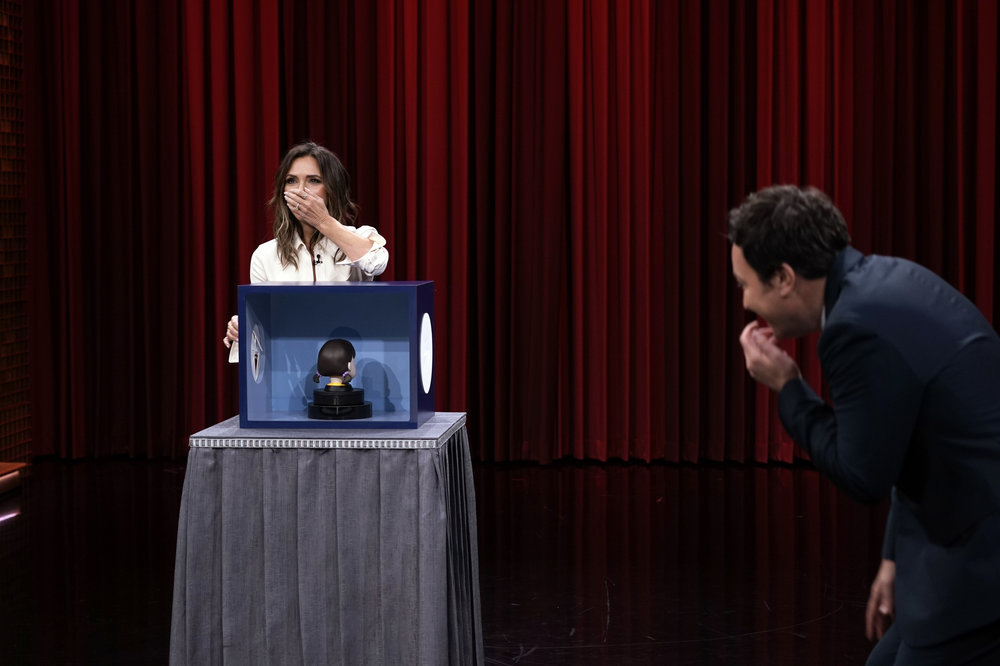 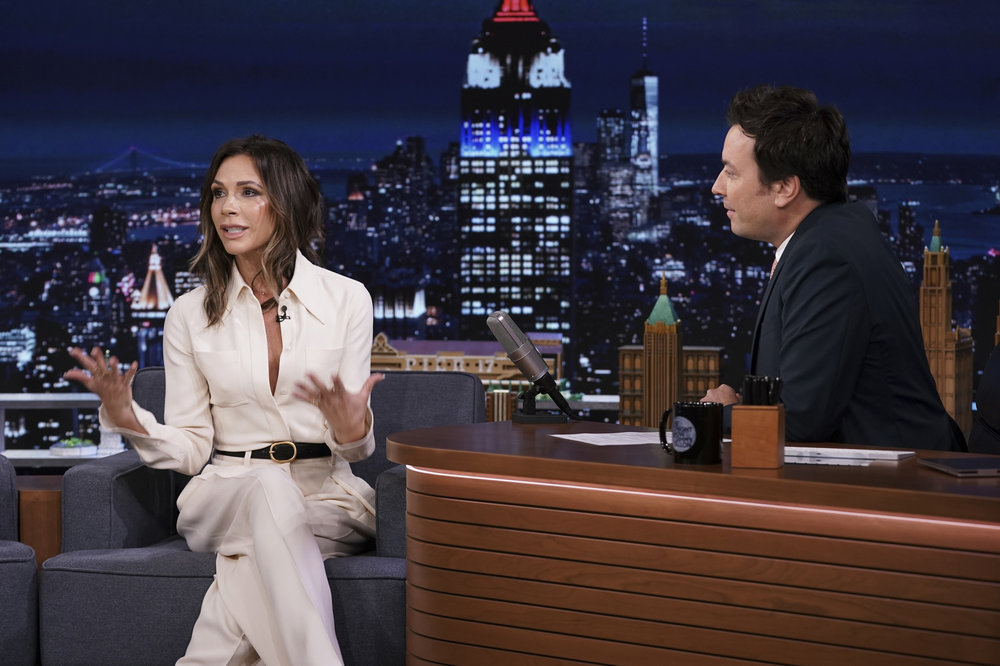 Victoria Beckham was not a fan of the “Tonight Show” skit Jimmy Fallon and the team had her take part in on Wednesday.

The former Spice Girl became the latest celeb to play “Can You Feel It?”, with her admitting she was more nervous playing than she was performing in front of 90,000 people at Wembley Stadium.

As Beckham put her hand inside a box with a mystery object inside — her first being the “Squid Game” doll — she screamed: “Oh my God, this is horrific!”

Fallon’s first box was filled with pumpkin guts, before he failed to guess eggs and hair in another box.

He insisted he didn’t want Beckham to see him like that as the pair continued to squeal their way through the segment.

Fallon admitted, “I almost wet myself!” when he felt the pumpkin.

Beckham felt mascara heads, then the pair both had to guess an actual man wearing a “Halloween” mask.

Fallon ran off the stage when the guy poked him with his knife.

Also during her appearance Beckham explained those matching outfits with husband David Beckham and spoke about the first time she saw someone wearing one of her pieces.

See more in the clip below. 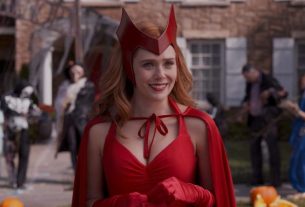 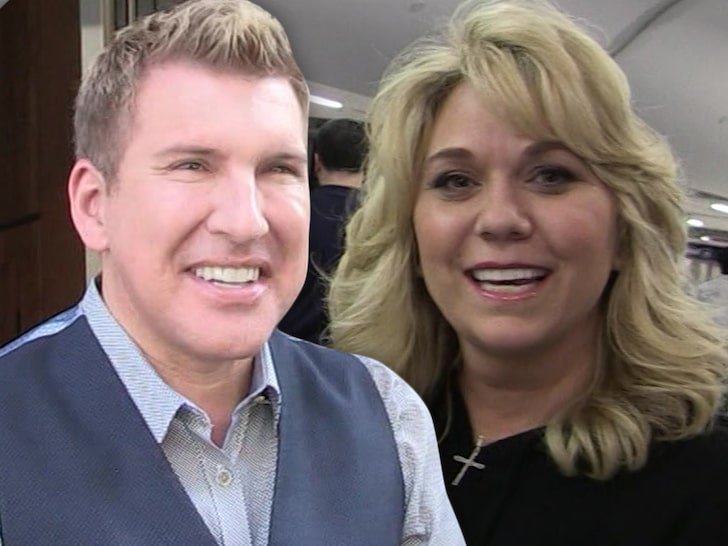 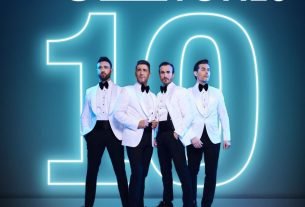 INTERVIEW: The Overtones on celebrating ten years of togetherness!