During his stint in Bigg Boss 14, Vikas Gupta had made some shocking allegations against his own family. We saw Vikas Gupta breaking down and saying that his family cut off ties with him after he came out in public and confessed that he is bisexual. And now Vikas has opened up about dating Pratyusha Banerjee and why they broke up. Also Read – Balika Vadhu 2: Guddan Tumse Na Ho Payega actress Rashmi Gupta to play one of the leads in the new season?

Vikas said that his relationship with Pratyusha was short-lived and she got to know about his bisexuality after they broke up. “We were together for a short span. The break-up reason would be that some people spoke bad about me to her. But I don’t want to get into the details as she is no more. I was very angry with her after the break-up. I avoided her when I saw her on the road once. She called me to ask that how could I do that. I liked Pratyusha. I wanted to do a big project with her,” Vikas told TOI. Also Read – Late Pratyusha Banerjee’s ex-boyfriend lashes out at her BFFs Kamya Panjabi and Vikas Gupta; alleges they used her death for ‘own benefit’

While opening up to his fellow Bigg Boss 14 contestant Arshi Khan about his issues, Vikas had said that his family members had dissociated themselves from him after he came out in public about his sexual orientation. Vikas has now said that he has managed to work on his strained relationship with his family members. Also Read – Devoleena Bhattacharjee thanks Kamya Panjabi for motivation in her quest to seek justice for late Divya Bhatnagar

“I sort of went ahead with my mother’s perspective on her relationship with my father. But I figured out my Dad as he stayed with me for a year, recently. Whatever memories I couldn’t make with him earlier, I managed to make them during the lockdown period,” he said.

Earlier, Vikas had said that he loved his brother Siddharth Gupta more than anyone else and the latter allegedly snatched his mother from him. But Siddharth was not happy about Vikas’ allegations. He had made a cryptic post asking his late friend and actor Sushant Singh Rajput to give him strength to fight ‘this’ lying evil. For the uninitiated, Siddharth and Sushant were once roommates and good friends with each other.

Earlier, Vikas’ mother Sharda Gupta had also reacted to her son’s allegations. She had said that the family had cut off ties with him before they got to know about his sexuality. She also clarified that their decision to dissociate themselves from Vikas had nothing to do with his sexual orientation. She had shared a long statement to end up all the speculations. 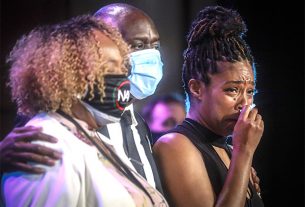