The wild world of Marvel’s WandaVision has officially wrapped on Disney+. Starring Elizabeth Olsen and Paul Bettany as newlyweds Wanda Maximoff and Vision, the series transported viewers to a different era with each episode, ending with Wanda finally restoring Westview, New Jersey, to its original state. But the finale also finds her in full Scarlet Witch regalia, muttering incantations moments before the credits roll—and who knows what revelations she’s learned from the Book of the Damned?

“Wanda and Vision’s journey to this point is a story of pure, innocent love and deep connection with another person,” Olsen told ELLE.com. “It was also very traumatizing. Tragedy has always been their story. In our show, we kind of wipe that clean and start fresh.” While Olsen can’t weigh in on a season 2 renewal yet, she did tease: “The reason it’s a sitcom shows itself later in the show. When Kevin [Feige] told me, it didn’t feel so bizarre. It felt like a great way to start our story.”

The series has already won three Emmys ahead of the official 2021 primetime ceremony, including an original music award for the now iconic “Agatha All Along.” WandaVision nearly swept with 23 nominations total, which could be a strong sign for a follow-up season, but we’ll just have to wait and see.

Ahead, everything we know about a second season from director Matt Shakman (Succession, The Great) and writer Jac Schaeffer (Captain Marvel, Black Widow).

According Olsen, WandaVision was a limited series.

In an interview with Variety, Olsen spoke on the possibility whether WandavVision would renew for season 2. “No, It’s definitely a limited series,” Olsen said. “I mean, I’m saying that. I don’t know. I mean, with Marvel, you can never say no,” she added, seemingly not ruling out the possibility of the continuation of the series.

Marvel Studios president Kevin Feige can neither confirm nor deny if there will be a second season of WandaVision.

On Feb. 24, Feige told the Television Critics Association that some Marvel series on Disney+ are essentially guaranteed second or even third seasons, but others will lead directly into a feature film, as is the case with WandaVision. WandaVision will lead straight into Doctor Strange in the Multiverse of Madness, which leaves its fate as a series somewhat in limbo.

“I’ve been at Marvel too long to say a definite ‘No’ to anything as far as a second season of WandaVision,” Feige said.

Feige had previously told Variety something similar. “There are some shows that have been built to further expand our storytelling and then go into features. We’ve already announced Lizzie Olsen being a part of Doctor Strange 2. We’ve announced Teyonah Parris being part of Captain Marvel 2. There are some shows that, while always interconnected, are being built with multiple seasons in mind.”

But it would seem the story will continue, either way.

At the virtual PaleyFest in June 2021, a fan asked Feige if Wanda and Vision would return. Feige deftly ducked any confirmation of a second season, choosing instead to bring up Doctor Strange in the Multiverse of Madness.

“Yes to an evolution of storyline; probably and inevitably in many different capacities,” he said. “[Doctor Strange is] the first place where that story will continue but there will be other places.”

Bettany teased a future for Vision.

In an interview with Esquire prior to the series finale, Bettany carefully touched on what might happen to Vision. In the show, one version of our favorite synthezoid disappears when Wanda’s Hex dissipates. But another—a version created from the real Vision’s remains—flies off into the distance.

“I guess we’ve seen what happens to Wanda when love is taken away from her,” Bettany said. “And I wonder what that would look like with Vision…I mean, that’s the thing, right? I’ve never had a loved one to lose…I don’t know what grief is because I’ve never had a loved one to lose. There is so much to get into with him because it’s been ten minutes here, ten minutes there, in the movies. Now we’re sort of just starting to sort of peel back some stuff.”

Wanda and Vision’s children might come back for season 2.

At the end of WandaVision‘s third episode, Wanda gives birth to twins Billy and Tommy, prompting speculation about whether the pair will grow up to be Young Avengers Wiccan and Speed from the comics. Like their father, they dissipate when Wanda relinquishes her control over Westview.

But during a post-credits scene in which Wanda is seen studying The Book of the Damned, she hears someone call out to her. The voices sound eerily like her children. Might they still be alive somewhere, in some alternate universe? If that’s the case, we’ll likely see them again, either in a film or in WandaVision season 2.

It’s unclear which other cast members could return.

Although all talk about season 2 is simply speculation, it’s likely that Olsen and Bettany would return as the titular superheroes. In the first season, they’re joined by Parris as Monica Rambeau, Kathryn Hahn as Agnes, Kat Dennings as Dr. Darcy Lewis, and Randall Park as FBI agent Jimmy Woo. These characters would likely also return if another season was given the green light.

Hahn as Agnes in WandaVision.

A premiere date for WandaVision season 2 is also TBD.

As a continuation of WandaVision has yet to be confirmed, there’s no official release date. However, with the pandemic delaying productions and a litany of other Marvel titles set to debut, it’s unlikely season 2 would bow before late 2022.

In the meantime, Agatha is getting her own show.

Kathryn Hahn will star in an Agatha Harkness-focused spin-off on Disney+, Variety reports. The “dark comedy” is still in development but would be written and executive produced by WandaVision head writer Jac Schaeffer. Further plot points are still under wraps, and Marvel has not yet addressed the reports. 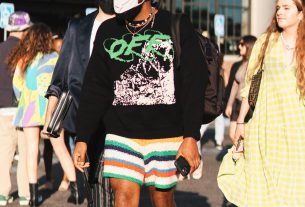 Street Style Is Back, Baby! 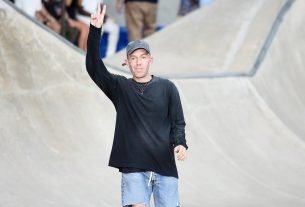