It seems like everyone with a foot in fashion has an award these days, but the crown jewel is indisputably still the LVMH Prize, which the conglomerate awards annually to up and coming designers with a level of ceremony that is tantamount to an anointment. The jury has a record of spotting stars—Grace Wales Bonner, Marine Serre, Hood By Air, and Jacquemus are all past winners. And it’s not just a trophy: the 300,000 euros for the grand prize winner, plus a year of mentorship from LVMH, have helped form a new generation of icons in an industry that can be unsparing to young talent.

The winners of this year’s edition were announced on Tuesday morning. Twenty-seven-year-old Nensi Dojaka, an Albanian womenswear designer based in London, took home the grand prize. The Karl Lagerfeld Prize, a special prize renamed for the late Chanel designer in 2019, was shared by three winners: the American designer Colm Dillane, who designs streetwear-ish women’s and menswear under the name Kidsuper; Lukhanyo Mdingi, a South African designer of graceful men’s and women’s clothes; and RUI’s Rui Zhou, a Shanghai-based designer of freaky genderless experiments in knitwear. Those three designers will receive 150,000 euro and a year of mentorship, as well. All the winners are under thirty.

The Lagerfeld winners described being somewhat starstruck by the LVMH designers who serve as the prize’s jury: Kim Jones, Marc Jacobs, Virgil Abloh, and Jonathan Anderson. Lagerfeld may be one of the most legendary names in fashion, but for today’s twenty-something hopefuls, it’s this crop of designers who are the icons, especially because of the way that Jacobs and Abloh mishmashed streetwear, pop culture, and high fashion at Louis Vuitton. (Jacobs was the creative director at the house from 1997 to 2014.) When asked how success might look different today than it did for designers of Jacobs’s generation—or Lagerfeld’s, for that matter—the designers pointed resolutely to a shift in the balance of power: away from the establishment blessing and towards a fanatical fanbase.

“I think back in the day, if someone cosigned you, it made a huge difference,” said Kidsuper’s Dillane. “Now it’s all about building your own community and making sure a cosign doesn’t even matter. The press was run by people who can open and close doors. Now the press is Instagram, right? If you can build a real community yourself, that’s more important than one article. But back in the day, one article could change your life.”

“I totally agree with Colm,” added Mdingi. “It is about community now. People are moving in a way where they’re looking for connection, they’re looking for their tribe. And it doesn’t necessarily have to be [from] those who have media powers. At the click of a button, you literally have the opportunity to follow or unfollow people that you like or dislike.”

In some ways, this focus on community is a long time coming—it was the same feeling that designers reported tapping into this time last year, and is also what unites the designers highlighted in our August issue under the umbrella of what we call the New American Sportswear. It’s notable that cultivating a community requires just as much work, if not more, than currying the favor of an editor. Now, it seems, fashion is in the midst of a seachange like the one that took place in rap music a few years ago, when Soundcloud listens became the barometer of stardom, rather than the magic wand of a Russell Simmons or Jay Z. (Like Soundcloud rappers, this new guard of designers share a general aesthetic, combining the sexed-out minimalism of Helmut Lang with the worldly exuberance of Jean-Paul Gaultier, tossing in hints of John Galliano’s couture bravura.) But young fashion followers are almost more fanatical than Soundcloud listeners—on Instagram, for example, a number of deep fashion accounts, like ideservecouture, eljosecriales, and hftalkgroup, have gained recognition over the past year for combining the almost religious fervor of Barb Twitter with the unsparing morality of Diet Prada. They are eager to prop up stars like Bianca Saunders and Christopher John Rogers, two other finalists for the Prize this year, which builds name recognition for designers whose reach might otherwise be limited. By the time designers win something like the LVMH Prize, they’ve already built up a cult following and a legion of supporters, making the prize’s monetary component perhaps its most valuable asset. (And if a designer doesn’t win, they’ve still got their stans: José Criales created a “prayer circle” on Twitter for Christopher John Rogers on Monday night in hopes that he would take home the grand prize.)

In some ways, the Lagerfeld winners represent the three prongs of contemporary fashion’s direction: the streetwear upstart, Dillane; the independent-minded designer’s designer, Mdingi; and the entrepreneurial Zhou, who has the innate ambition for a brand that reaches far beyond the realm of fashion into myriad consumer products.

“I can’t stress this enough,” said Dillane, “I started with T-shirts! And no one around me was doing ‘Fashion’ fashion.” He said his winning was “a testament to breaking through” as well as “a testament to evolving,” adding that when he started, he had no idea that prizes like this one existed.

Mdingi pointed to the importance of staying the course, sounding a bit like Grace Wales Bonner or Marine Serre, two designers who exalt exquisite technique and a sophisticated quietude. “Being in this digital world, it’s so easy to start comparing ourselves,” he said. “It’s a human thing, but for anyone to reach their fullest potential, you have to be who you are. It’s just having that strong, steady sense of moving in a way that makes sense to you.”

Zhou, who is 26, said she is eager to transform her business, which she doesn’t see merely as a peddler of fashion, but as a true lifestyle brand that produces homeware and furniture. “I just [want] to bring more categories to my brand, and make it a really big home and lifestyle thing.” Zhou’s clothing is fantastical—like pearl-studded spiderwebs that stretch over the human body—so it will be fascinating to see her develop that vision into other pursuits. For another era of designers, that might have been considered essential to survival; for Zhou and her ilk, it’s the goal. 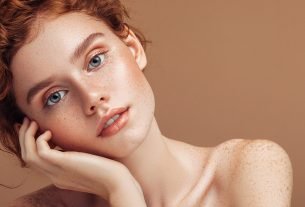 Menswear Has Finally Caught Up to the Muppets

The Ultimate Guide to Celebrity Swimsuits, Based on Your Body