Lionsgate has just released the trailer for their sci-fi thriller Warning starring Thomas Jane. It is described as, “The meaning of life explored through multiple interconnected lives set in the near future.” I have watched the trailer a few times; there’s quite a bit to take in. We’ve got Jane in space, threatening asteroids headed our way, immortal somethings(?), Alexa as God, disturbing visions, mind control, some sort of doomsday countdown, snow angels, dancing, and romance. Jump in!

Agata Alexander got her start in making music videos, working with Marilyn Manson, Skrillex and Diplo. “Agata is hands down one of the most unique and exciting emerging filmmakers of today,” Lui said. “She’s cool, she’s bold, she’s hilarious and tells it like it is, sliced with a twist of irony. We’ve assembled an incredible ensemble cast and are ready for the ride Agata’s about to take us on.”

Nat McCormick, exec VP of worldwide sales for The Exchange says, “Television is taking up a lot more shelf space and the quality programs have really raised the bar for films,” he added. “It underlines the fact that movie projects have to be of higher quality because the quality is so high.”

The official synopsis reads, “Set in the not too distant future, this intense sci-fi thriller explores the repercussions that humanity faces when omniscient technology becomes a substitute for human contact. But life begins to unravel when a global storm causes electronics to go haywire, leading to terrifying, deadly consequences.”

I believe what I’m watching is the unending list of the world’s problems rolled into one movie, that requires some space assistance, along with the people of Earth to make a concerted effort with the help of immortals to find a solution to it all in a matter of days. There also seems to be a romance thrown in there. I would love see how all of these ideas fit together. Global warming, technology becoming a substitute for human contact, apathy, a global storm leaving our electronics useless, a man stuck in space holding onto a satellite, are just a few of the themes and circumstances seen in a minute and change.

In a change of pace, Thomas Jane has quite a few westerns coming our way. He co-stars with Heather Graham in The Last Son, a western concerning an outlaw who is attempting to end his evil family line. Another western, Apache Junction is coming to theaters September 24. Murder at Emigrant Gulch is another western coming to theaters December 6, involving a former slave who arrives in Emigrant Gulch, Montana, a desolate former boomtown now on the decline, looking for a place to call home. On that same day, a local prospector discovers gold – and is murdered. He is starring in the new TV series, Troppo, in 2022. Warning hits select theaters, digital, and on demand on October 22. 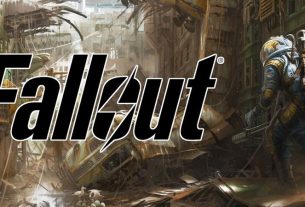