She may not be a “Hollaback Girl,” but Gwen Stefani has plenty of celebrity friends and fans hollering about how fashionable she is!

In October, E! announced that Stefani will receive the Fashion Icon award at the 2019 E! People’s Choice Awards in honor of her decades of remarkable outfits.

The Grammy-award winning artist gushed about receiving the title, saying that, “As an artist, musician and entrepreneur, fashion has always served as a creative outlet for me to express my personality and music. I am so grateful to receive this award and continue to be inspired by those who stand apart and embrace their unique style and individuality.”

However, Stefani isn’t the only celeb thrilled that her sartorial style is being recognized! In the first video in the PCA Confidential: Icons series, fellow artists praised Stefani and said how she was the only true choice for the award! (Also, be sure to come back to see the PCA Confidential: Icons videos for People’s Icon Jennifer Anistonand People’s Champion Pink!)

“I couldn’t think of any woman or human actually that deserves it better, you always look rad,” Kelly Clarkson revealed in an exclusive video.

E! News‘ Melanie Bromley agreed, declaring that, “Gwen Stefani might be the Fashion Icon for 2019 but she’s actually the fashion icon of all time.”

Stefani’s fellow judges from The Voice also went on about how deserving the songstress is.

“Who else is more of a fashion icon than you? You’ve been doing it for so long. You’ve been so stylish, so cool, just the definition of cool,” John Legend explained.

Blake Shelton, who is currently dating Stefani, added, “Know fashion means a lot to you and it’s always been an important part of your life.”

Stefani has turned her love of fashion from a passion into a career, launching the lifestyle brand L.A.M.B. was the designer of choice for many celebrities and even had runway shows during New York Fashion Week.

Ashanti recalled being at one of those L.A.M.B. fashion shows and said, “I remember, I was like, ‘Oh my gosh, so cute!'”

As the frontwoman of the rock band No Doubt, Stefani’s fashion roots were as edgy and bold as she was. As Tia Mowry-Hardrict remembered when she went to see the band in concert, “What was so cool about her was there was this woman who has this big personality and she had all men behind her!”

“It’s always out of the box, but it always works,” Vanessa Lachey added. Kelly Rowland smiled and quipped, “I’ve loved Gwen Stefani since those plaid pants!”

As E! News correspondent Jason Sylvester points out, “She was just a girl from Orange County who was on that stage rocking out. And her fashion spoke to who she was.”

Even as the star’s style started to evolve into a more glam, feminine look, there was always a touch of those punk beginnings. “It’s always changed yet it’s always kind of managed to stay her,” E! News correspondent Will Marfuggi pointed out.

It’s not just Stefani’s fellow celebs that love her style, either. Some of her biggest fans say that is one of the many reasons they love her!

“You deserve this so much,” one stan exclaims in a fan-submitted video. In another, three girls hang out before one of the artist’s concerts and reveal that they “all met because of Gwen” and that, “Gwen inspires us because through her fashion and her music, she taught us how to be our true, authentic selves.”

“I gotta say though,” Shelton finished off. “My favorite clothes of yours are the ones that are in the floor, you know what I’m sayin?”

We can’t wait to see Stefani accept the award when she takes the stage on Sunday, Nov. 10 during the live  People’s Choice Awards ceremony.

You won’t want to miss a minute either, so be sure to tune in! Between the live musical performances, behind-the-scenes coverage and plenty of red carpet numbers, it’s going to be the biggest night of the season!

In the meantime, take a look at all of Stefani’s best looks below. We can’t wait to see what show-stopping number she’s certain to debut at this year’s PCAs, too!

In a blush pink tulle dress with a green bow.

In a nude and silver fringe dress.

In a plunging mini red dress and black thigh-high boots

In a denim-on-denim look and black stilettos

In a gold ruffle-hem mini dress.

In a bold print jacket, fishnets and thigh-high boots

In a mesh top, army cargo pants and gold heels

In a bright pink dress with a necktie

In a printed blouse with a black skirt

In a steel-gray frock

In a leather jacket with printed pants

Magic’s in the Makeup

The singer sports a sexy, studious look at MTV’s Total Request Live in 2006.

The singer looks lovely at BMG’s post-Grammys party in 2001.

When she went through the knotted hairstyles phase… 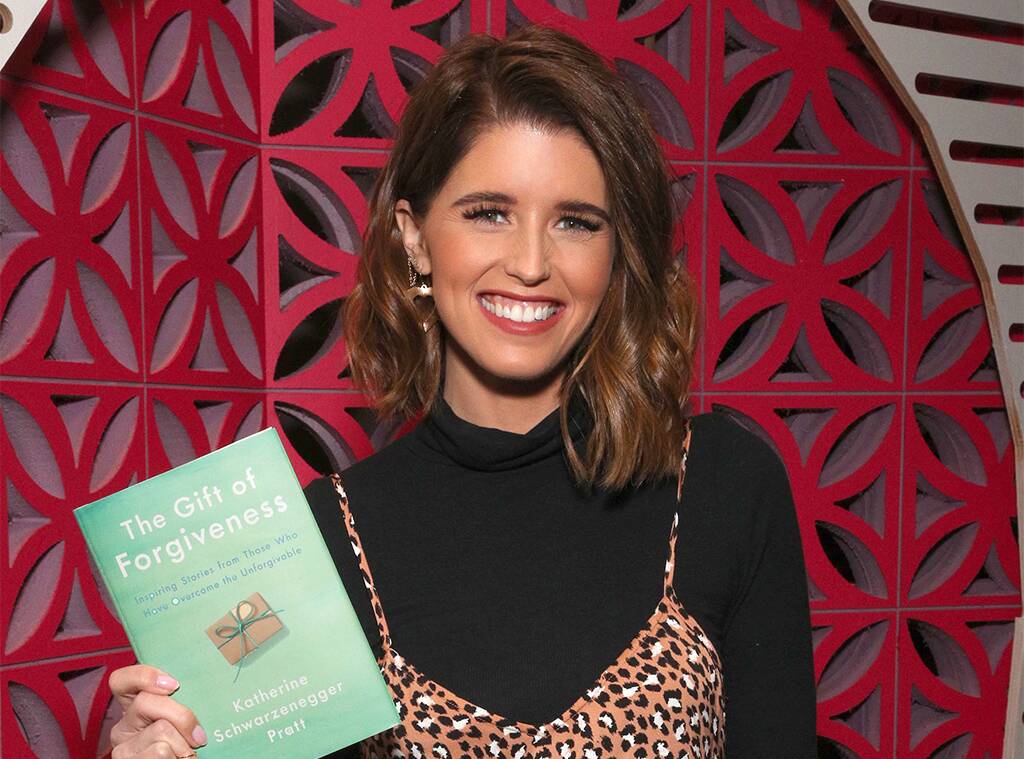 Katherine Schwarzenegger’s 9 Tips to Feeling Like Your Best Self