I don’t think I’ve been more prepared for anything in my life as I was for my first period, which I credit to the girls of Cabin G11 at Camp Manitou. Every night the summer I turned 12, after the counselors had turned out the lights and in between plotting raids of the boys’ cabins we never had the guts to carry out, we’d cram into the top bunks and discuss the change that was upon us. Rebecca, a New Yorker who was a year older than we were and had already had her period, was our resident expert, dishing about the realities of cramps and using tampons (neither as painful as feared, she assured us). Several months later, when I discovered I had my period in a synagogue bathroom stall during a friend’s bat mitzvah, it seemed momentous and exciting. I felt completely in control, thanks to the hours and hours we’d spent at camp discussing what to expect.

Which is the opposite of how I felt at age 43 when my periods started changing in the early months of the pandemic. Overnight, it seemed, my cycles shrank by several days, and after three decades of fairly light, manageable periods, there was blood—a lot more than before—and cramps bad enough to wake me in the middle of the night. One rough Sunday morning, when I felt too bad to make a standing virtual card game I played with three friends my age, I sheepishly text- ed that I had to bail because of my period. “Did no one warn us about perimenopause periods to protect us? Like how in olden times unmarried women had no clue about childbirth?” my friend Kat responded immediately.

Given that the average age of menopause is 51, perimenopause—defined as the transitional stage leading up to a person’s last period—wasn’t on my radar yet. After years of watching shows like The Golden Girls and Grace and Frankie, I thought I had a handle on what was ahead. And I also thought I had years to get there. That’s because no one ever mentioned perimenopause.

After years of watching shows like The Golden Girls and Grace and Frankie, I thought I had a handle on what was ahead. And I also thought I had years to get there. That’s because no one ever mentioned perimenopause.

To the extent that I thought about menopause at all, I used to assume that meant a slow fade, with hot flashes and chin hairs waiting for me after my periods trickled out. In fact, it’s the years (or even decade) leading up to menopause—called perimenopause—when hormone levels fluctuate, that can often be the most tumultuous. For all the education and talk leading up to puberty, there’s remarkable silence around this later transition. In a February 2021 AARP survey of women 35 and older, nearly 6 in 10 said the hormonal changes associated with aging weren’t discussed enough, and just 14 percent of women ages 35 to 49 said they felt “very informed” about what to expect.

Meanwhile, fewer than half of women say they’ve discussed menopause-related body changes with a mother or mother figure or other relative, their friends, or even a health care provider—ever. When presented with a list of 28 symptoms ranging from night sweats and weight gain to heavy periods, skin dryness, and anxiety, just 7 percent of women could identify the full gamut as potentially being linked to changing hormones. One in six women were unaware of any symptoms linked to perimenopause. “Imagine if you got pregnant and didn’t know what pregnancy was,” says Jen Gunter, MD, an ob-gyn and author. “Not understanding what’s happening to your body is so disempowering.”

Gunter says she knew women were hungry for information after doing a publicity tour for her sexual health compendium, The Vagina Bible. “At every book signing, there were questions about menopause and the years preceding it, and once one person asked, it would open a floodgate. I started thinking about the questions they were asking and how desperate they seemed for information, and it occurred to me: Do people not know anything?” In AARP’s survey, one of the top responses women gave when asked how hormonal changes in their bodies made them feel was a single word: old. “We’re led to believe we’re aging out,” Gunter says. “Who wants to talk about your graduation to irrelevance?”

My mom subscribed to the long-held Fight Club rule of perimenopause: Don’t talk about it. Though I grew up in a let-it-all-hang-out household, and she and I are close, she never offered much about her own experience until I started asking questions. But forgoing these conversations has consequences. “If you don’t talk about it, you think something’s really wrong with you. Like, what is this brain fog? It can be really debilitating and confusing if we’re not educated about it,” says Claire Gill, founder of the National Menopause Foundation.

Not knowing the effects of changing hormones could mean needless suffering, in part because doctors are in the dark, too: Less than 7 percent of family medicine, internal medicine, and ob-gyn residents feel adequately prepared to help patients manage this life stage, and about 20 percent report gaps regarding menopause (including perimenopause and postmenopause) in their education. This means we have to advocate harder for ourselves—something that’s hard to do if we don’t understand what’s happening in the first place.

It’s also a huge relief to know you’re not alone. Since Kat mentioned the p-word in our group text, we haven’t stopped messaging about all the weird things our bodies are doing. It’s my most TMI text chat—and also my most validating and comforting. Talk isn’t just talk. Research shows, for example, that facilitated peer support groups for new parents can help raise moms’ self-esteem. In the case of my group text, bringing it all out in the open has helped me feel better. I don’t look at my friends and think they’re old or washed up or any of the things perimenopause makes me feel about myself; if they’re going through this, it’s a reminder that I’m not either. And just like learning how to use a tampon at camp, the practical advice we share—like taking a slow-release ibuprofen, the kind they make for arthritis sufferers, before bed to prevent waking up with cramps—has been nothing short of life-changing. Pssst, pass it on.

This article appears in the November 2021 issue of ELLE.

GET THE LATEST ISSUE OF ELLE 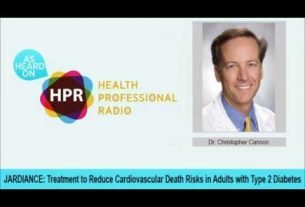 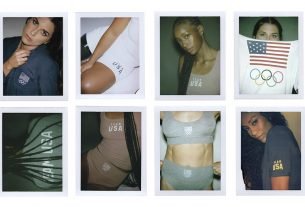