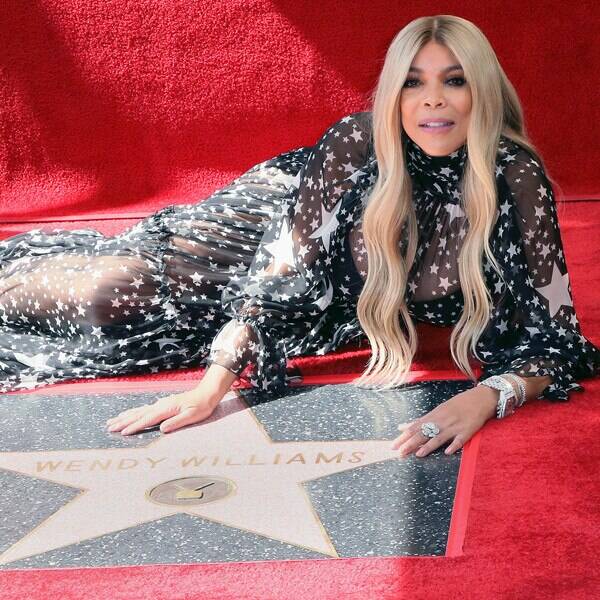 Grab a snack and come on back to the Hollywood Walk of Fame!

Thursday was a special day for Wendy Williams who traveled to Los Angeles for the unveiling of her star.

During the ceremony, the talk-show host couldn’t help but look back on her long career that included a year full of headlines.

“The elephant in the room is that I’ve been having a very, very tough year but, slowly but surely, I’m climbing out of the pit and this is one of those monumental days that makes me say, you know, if you don’t believe in yourself who will believe in you?” she shared with the audience. “Sometimes life is a very lonely path and you’ve got to make some hard decisions.”

Wendy began to tear up as she addressed her son Kevin Hunter Jr. in the audience.

The Wendy Williams Show host explained that while she gets all glammed up for her talk show and Hollywood events, her son simply sees her as mom.

During the ceremony, iHeartRadio host Elvis Duran and CEO Of Fox Television Stations Jack Abernethy spoke fondly of today’s star recipient. In addition,  the President & CEO of the Hollywood Chamber of Commerce officially proclaimed it Wendy Williams Day in Hollywood.

The celebrations wouldn’t be complete without Wendy acknowledging her loyal fans who continue to watch her dish out “Hot Topics” or participate in segments like “Ask Wendy.”

“My fans! Listen, I slipped and called you fans only because I’m in Hollywood and I think I’ve gone Hollywood, but you’re not fans. That’s a stupid word. I’ve always called you Wendy Watchers,” she shared. “When you listened on the radio, I told you I love you for listening and now I tell you I love you for watching.”

Wendy added, “You are Wendy watchers and without you, none of this would be going on.”

How Gwen Stefani Is Making Magical Holiday Memories This Year